You have questions, we have answers 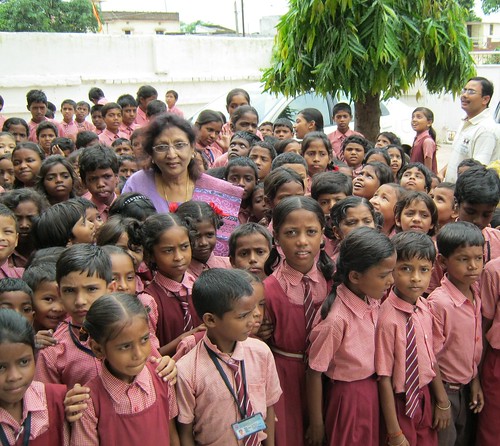 TWR is a national giving circle dedicated to:

Through collective giving, Together Women Rise inspires, educates and engages people to invest in programs that make a meaningful difference for women and girls living in extreme poverty.
We envision a world where millions of people’s lives have been transformed and extreme poverty has been reduced because Together Women Rise connected people in creative, powerful ways that assure gender equality.
In the fall of 2002, Marsha Wallace, a former nurse and mother of four from Greenville, SC,  read an article about a group of friends who got together for potluck dinners and made donations to needy families by using the money that they would have otherwise spent in restaurants. Marsha was struck by the thought of using dining out dollars to support women and girls in developing countries. And she and her friends pooled their donations to support Women for Women International.

The first official Together Women Rise gathering was in 2003. TWR attained nonprofit status in 2004. For us, tremendous growth occurred after being included in a 2005 New Ventures In Philanthropy study on giving circles. Since then, TWR has received unsolicited national media attention, having been featured in the New York Times, Woman’s Day Magazine, Real Simple, MORE, Quick & Simple, Guide Post, the Delta Sky magazine and on Good Morning America and the Today Show.

Since 75 percent of the world’s 1.3 billion people living in extreme poverty are women and children who live in developing nations, it makes sense that if we are to change the level of poverty worldwide we do it through the empowerment of these women.

Also, 85 percent of money Americans donate to charitable purposes stays in the United States. Of the 15 percent that is donated internationally, private foundations rather than individuals give the majority of funds donated. Here are some startling statistics:

As Nicholas Kristof, NY Times Pulitzer Prize winning journalist and co-author of Half the Sky: Turning Oppression into Opportunity for Women Worldwide states,

“The oppression of women worldwide is the human rights cause of our time. And their liberation could help solve many of the world’s problems, from poverty to child mortality to terrorism.”

Through the Grants Selection Committee and careful investigation, organizations are vetted and selected. Learn more.

We have worked with projects in more than 39 countries from Morocco to Mexico. The grantees we support work with the neediest women in the poorest populations where our donations can have the biggest effect, so we have supported grantees in India, Kenya, Guatemala, Nepal, and Rwanda most often.

Our fundraising model is based on educated collective giving, in which chapters gather monthly to share a meal, some conversation and learn about the featured grantee, the challenges it is trying to address, the country it works in. Members donate what they can. All donations are pooled every month, allowing our individual gifts to have the greatest possible impact upon the projects we fund.

Together Women Rise considers you a member-donor if you have made a donation of any amount in the past 12 months. Your participation with TWR can take many forms, from learning about and supporting TWR on your own, to joining a chapter, or even starting a chapter. Our chapters take many forms. You can join an existing chapter or pull a group of your friends together and start your own chapter. It begins with reaching out to us; then a mentor or regional leader will contact you to connect you and TWR in the way that suits you best. Get Started.

Contributions are voluntary, and no designated amount is expected of the members. Many members donate what they might have spent dining out at a restaurant. Donations can be made by credit card, check, automated payments, or on-line donations.  See our Donate web page for more information.

TWR funds one Featured Grantee each month. By keeping our maximum grant size to $50,000 for our Featured Grantee we can fund small grassroots projects, yet still make a substantial impact. Some Featured Grantees receive their grant funds distributed over a two-year period versus a lump sum distribution. In this case, all of the grantee funds are raised during one month and 50 percent of funds are distributed in year one, with the remainder distributed one year later, pending receipt of satisfactory interim progress reports to TWR.

We also offer Sustained Grant funding  for programs TWR has featured in the past. Each month TWR provides a three-year grant for $25,000 each year (total of $75,000) to a former TWR Featured Grantee. Grantees must submit a regular grant application.

As part of TWR’s grantee acceptance process, the organizations commit to providing Together Women Rise with multiple follow-up reports, detailing how donations were spent, number of women and girls impacted, success stories and challenges faced while implementing the project.  Follow-up reports are posted on our website.
Together Women Rise does not affiliate or align itself with any religious or political organization, and no projects that are funded by Together Women Rise are sponsored by or are a part of a religious or political organization. We welcome anyone, from all religious and political beliefs, to join together in our mission of improving the lives of women through the power of collective giving.
Yes.  We have a relatively small staff of both part time and full time employees and relationships with some independent contractors for special services.
Visit the Board of Directors page to see their biographies.
Yes, TWR is a 501(c) 3 organization and all donations are tax deductible.

Please go to the Contact Us web page for more information