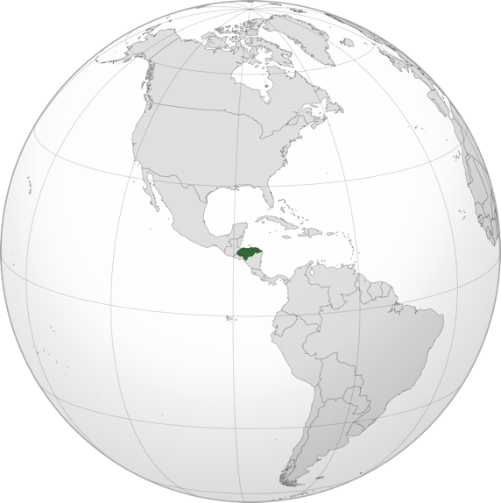 Customs and Cuisine of Honduras

Location:  The republic of Honduras is a Central American country, located between Guatemala and El Salvador to the west and Nicaragua to the south. It borders the Caribbean Sea to the north and the Gulf of Fonseca (North Pacific Ocean) along the south.

Name Origins: The name, Honduras means “depths” in Spanish and is believed to have derived from the deep anchorage in the northern Bay of Trujillo.

Population: The population of Honduras, as per 2022 estimates, is 9.5 million. The population estimate takes into account the impact of the HIV/AIDS epidemic. The dominant ethnic group is Mestizo (mixed Amerindian and European) accounting for 90 percent of the population. About 7 percent are Amerindian, 2 percent are of African descent, and 1 percent are White.

Language:  Spanish is the official language and the one most widely spoken. Honduran sign language, Lenca, and English are also spoken.

Honduras is listed among the poorest countries in Latin America. It also has one of the world’s highest homicide rates. It is estimated that more than half of the population lives in poverty and per capita income is one of the lowest in the region. The Office of the U.N. High Commissioner for Refugees estimates that there are over 247,000 internally displaced persons in Honduras, with up to 2.5 million people in need of emergency food assistance. It is thus unsurprising that Hondurans represent the largest nationality crossing into the southern U.S. border seeking asylum. Estimates by United States Customs and Border Protection peg the number of Hondurans seeking asylum in the US at as high as 200 families per day.

Honduras has also historically been susceptible to hurricanes, with the frequency of hurricane activity having increased in recent years. The impact caused by the hurricanes has exacerbated the state of poverty, pushing those who were already in poverty into extreme poverty. In 1998, Honduras was devastated by Hurricane Mitch, which left 5,600 people dead and caused approximately $2 billion in damage. In 2020, Honduras was hit by not one, but two hurricanes in November. Hurricane Eta hit Nicaragua on Nov. 3 as a Category 4 hurricane and then swept through Honduras leaving a path of destruction in her wake. Less than two weeks later, Hurricane Iota, another Category 4 hurricane, made landfall just 15 miles south of where Eta had hit. More than four million people were affected by Hurricanes Eta and Iota in Honduras alone. The combination of factors, the post-hurricane clean-up, reconstruction, and the health emergency due to Covid-19 exceeded the capacity and the budget of the government stretching already scarce resources. Throughout Honduras, over 300 roads were damaged, 48 bridges destroyed, and 32 others were damaged.

In Honduran society, the family reigns supreme. It is the unit that is central to everyday life and to social identity. Loyalty to one’s family is not just encouraged but expected. Family ties are leveraged to secure jobs, receive favors, and circumvent administrative red tape. Being designated a “compadre,” trusted family friends can take on a godparent role and this is considered a huge honor.

Marriages are love matches and there aren’t rigid rules about marrying within/outside one’s social group. Weddings involve religious or civil ceremonies and are often determined by the financial ability to host a celebration. Monogamy is the norm. Unlike in some societies that prize family and frown upon divorce, in Honduran culture, divorce and remarriages are not uncommon.

Due to financial constraints, a married couple might often dwell with family and bear and raise children until they are able to afford their own home. Female children start helping out in household chores and childcare early on. The parenting style is very protective with parents caring for their children well into adulthood. In turn, adult children are expected live with and provide care for their elderly parents. Senior living communities and retirement homes are a rarity in Honduran culture.

Married couples typically take on both family names and decisions regarding the household are usually made jointly by married couples. While inheritance isn’t universally the same, the surviving spouse usually inherits the parte conyugal, or “the spouse’s part,” and the children inherit the remaining half, unless otherwise specified by a will.

Honduran cuisine is the result of a fascinating and delicious mix of cuisines of geographic proximity and historical proximity. It is thus a combination of Mesoamerican (Lenca), Spanish, Caribbean, African, and Garifuna cuisines. Honduran cuisine is delicious, colorful, and full of variety. Meals usually include corn, beans and rice, tortillas, fruit, and seafood. Hondurans like a hearty breakfast, while lunch and dinner are lighter meals. There are several comidas típicas (“typical foods”) associated with the various regions of the country such as the sopa de hombre (“man’s soup”) and other seafood dishes in the South, queso con chile (“cheese with chili peppers”) in the West, and cazabe (mashed cassava) among Garifuna in the North. Then there are those dishes that are found in every region of the country such as tamales and yuca con chicharrón (fried cassava and pork).

The following are some typical Honduran dishes:

Baleada: The simple baleada is a thick flour tortilla filled with fried beans, cheese and Honduran sour cream. A special baleada also includes fried plantains, avocado, or some kind of meat. The baleada is eaten at breakfast, lunch, or dinner.

Platanos Fritos: The Honduran fried plantains are a popular side dish in Honduras. The ripe plantains are cut into fourths, fried until golden brown, then served with sour cream.

Pan De Coco: Sweet and airy coconut flavored buns that are dairy-free and eggless. Made using coconut milk, the Honduran style differs from the Filipino-style pan de coco in that it is not filled with coconut. Pan de coco are typically had with stews or just on their own.

Honduran Chicharrones: pork belly is braised slowly and cooked in its own fat, and then fried until crispy and served with a squeeze of lime.

Honduran Yucca Cake: Yucca (cassava) cake is a popular local dessert. Flavored with warm spices, milk, coffee, and vanilla extract the cake itself isn’t overly sweet, but the condensed milk that it is topped with adds the sweetness.

Pastelitos: In Cuba, these crisp turnover-like pastries are traditionally filled with queso and guava paste. The Honduran version is savory and filled with meat, rice, and spices. The dough Honduran pastelitos is made using masa harina, chicken bouillon, paprika, and pepper.

Honduran Hondureno: This traditional Honduran dip is made of refried beans, Oaxaca or mozzarella cheese, and chorizo. Served hot with crispy corn tortillas.

Since 2020, the number of Hondurans in need of humanitarian assistance has more than doubled. There is widespread food insecurity due to the compounding effects of severe weather, the economic effects of the pandemic, and the rise in food prices. It is estimated that by late 2021, 3.3 million Hondurans, or one in three Hondurans, were experiencing food crisis or severe food insecurity.

Since 2015, Honduras has also been ranked among nations such as Syria and Afghanistan as having the highest rates of violent deaths for women. Honduras remains one of the deadliest countries in the world, and especially so for females. Murder remains the second leading cause of death for women of childbearing age. There is a “collective despair” * among the young at having to navigate living in a country with high rates of violence, unemployment, and natural disasters. To live in Honduras, they say, is to suffer. Many are choosing to migrate as a way to survive. Others are fighting to make life at home in Honduras livable.