In the US and the world, the fight for women’s rights does not end 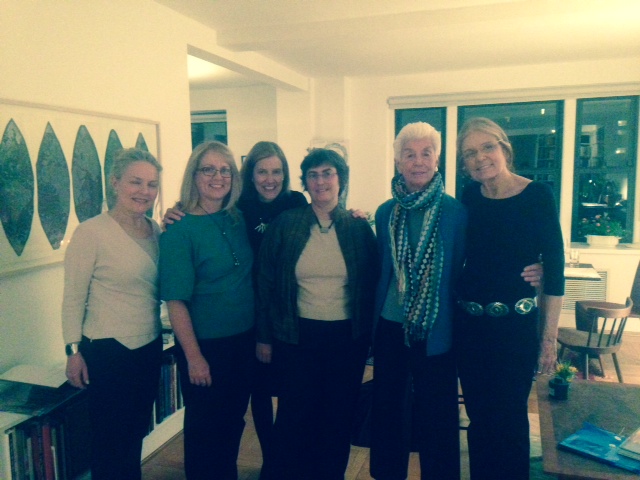 My recent tour of the Northeast region was a dream come true,. It began with visits to the National Women’s Hall of Fame in Seneca Falls, N.Y., and Susan B. Anthony’s home in Rochester, and ended with dinner at friend’s apartment in New York City, where I had the privilege of spending the evening with Gloria Steinem.

I was thrilled to be able to share the mission of DFW with Steinem, who remarked that our model of fostering meaningful connections and thought-provoking dialogue among our members “is how the feminist movement gained momentum. …Making enough room for discussion is critical for deepening our understanding of the issues.”

What a perfect beginning and end to a week of meetings with DFW members in Rochester, Auburn, Albany, and Great Barrington, MA. Having my 3rd annual Northeast DFW road trip bookended with one of the women’s movements’ greatest heroes inspired a transformational shift in my perception of the mission of DFW.

I’ve always been proud to call myself a feminist. Icons of the feminist movement, Susan B. Anthony, Elizabeth Cady Stanton, and Gloria Steinem are my heroes, and my decision to spend my life working for the benefit of women and girls as an obstetric nurse and, now, as founder of Dining for Women was influenced, in part, by their examples and achievements.

It saddens me that many young women today have no idea of the sacrifices and the years of organizing, lobbying, and hard work it took for the Suffragists to succeed in 1920, or that, despite all of our progress, women have yet to attain gender equality in the U.S.! For example, women earn only 81 percent of a man’s weekly median wage, run fewer than 12 of the Fortune 500 companies, hold fewer than 30 percent of state and federal judgeships, and less than 20 percent of seats in the House and Senate. Globally, the U.S. ranks 23rd in gender equality.

For our global sisters, gender discrimination remains a brutal fact of life without an organized women’s movement to champion their rights. Consider this startling fact from Nicholas Kristof and Sheryl WuDunn’s book, Half the Sky: “more women have been killed in the last 50 years, just because they are women, than all the men killed in the world wars of the 20th Century combined.”

Institutionalized violence against women characterizes the face of gender inequality around the world. Being a girl in many countries is equivalent to being a burden or a piece of property. Being born female means an existence filled with life-threatening dangers. Sex-selective abortions, infanticide, lack of nutrition, education, forced early marriage, bride burnings, acid attacks, potential death from complications of pregnancy or childbirth, domestic violence or honor killings are all too common and DFW shines the light on these injustices.

With education, collective giving, advocacy, and compassion we are making a difference at the grassroots level, empowering, inspiring and motivating as individuals lend their hearts, hands, and minds to change the world for women and make it a more just and equitable place.

It’s clear to me–the feminist movement must go global. During DFW’s 10-year history, I never thought of the fight for the empowerment of women and girls worldwide as a direct extension of the fight for women’s equality in the United States. It’s obviously more complicated to eradicate gender discrimination globally than in a single country, but no less critical.

As Kristof says, global gender equality is “the moral challenge of our time.” Being at the birthplace of the women’s movement in Seneca Falls, N.Y., and meeting Gloria Steinem crystalized the connection and deepened the context of DFW’s movement in my mind. We must continue the fight of women’s equality, advancing our mission of empowering women and girls around the world. To quote Susan B. Anthony, “Failure is not an option.”