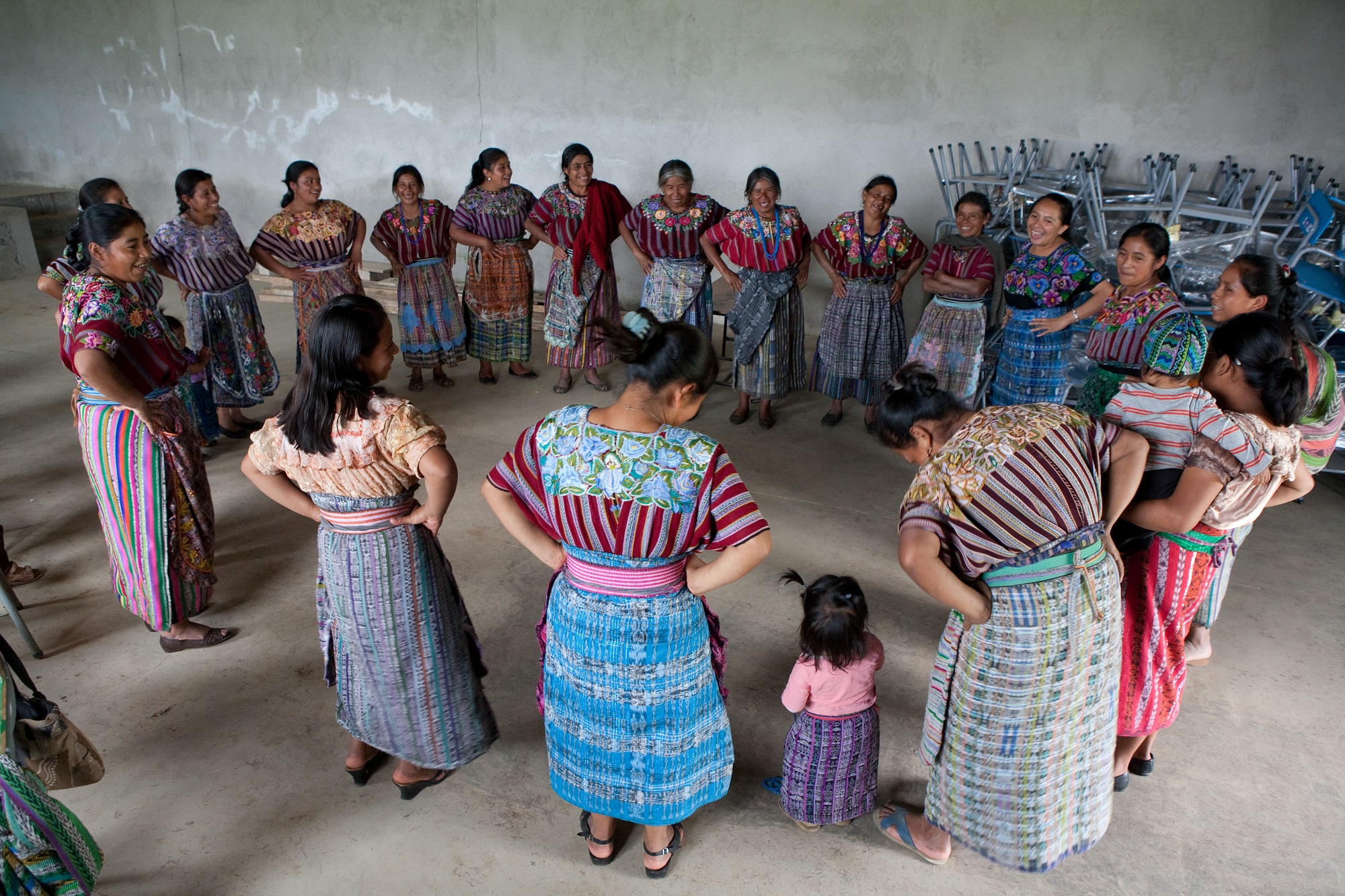 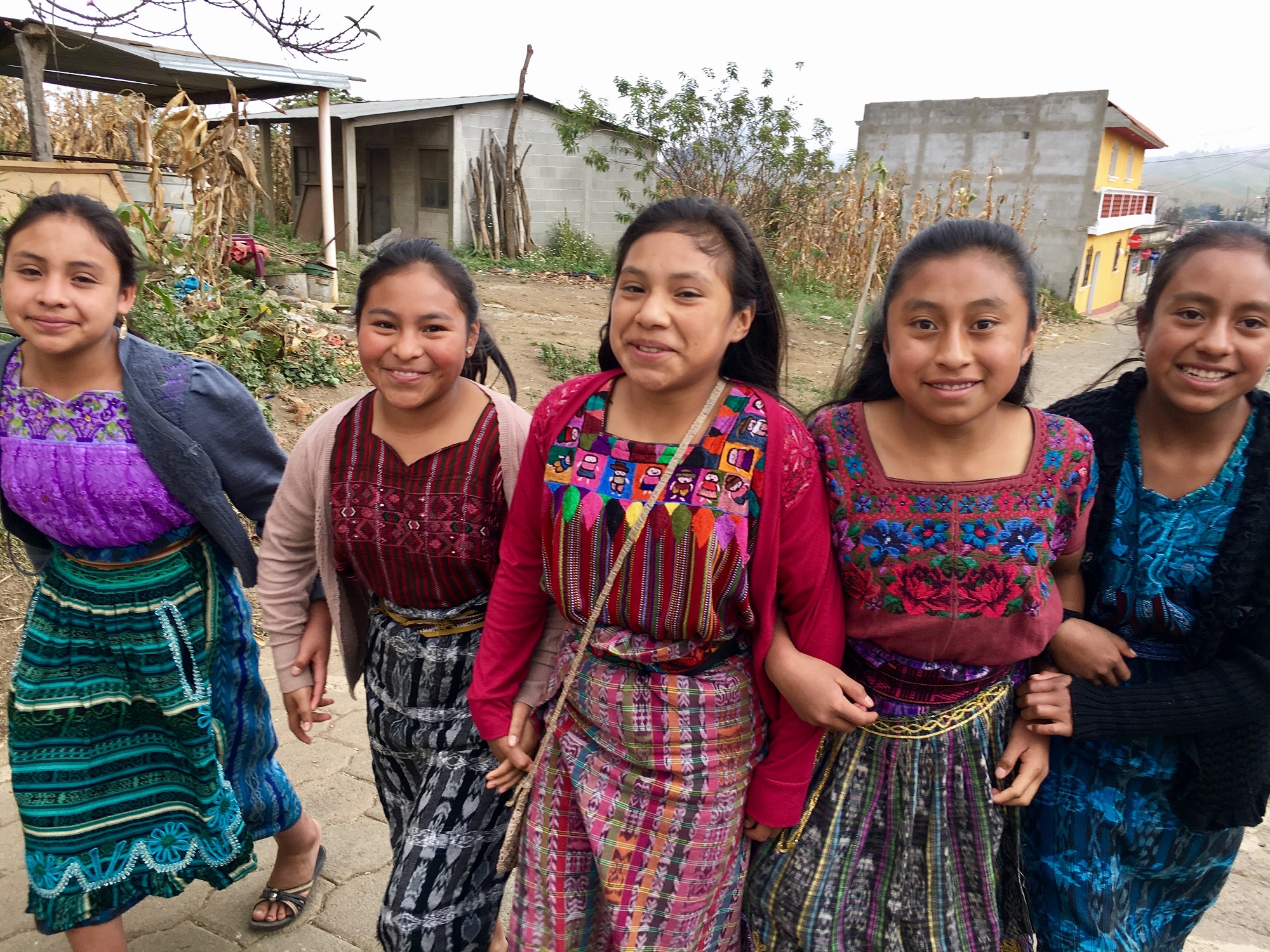 Guatemala faces some of the highest levels of violence against women and girls (VAWG) in the world: 27.9 percent of women suffer from intimate partner violence (IPV) in their lifetime and the country has the third highest femicide rate globally.

Rural, indigenous women are disproportionately impacted due in part to their social isolation and limited access to resources. Social services and government institutions are concentrated in Guatemala’s cities and rarely reach indigenous women living in rural areas. In 2013, rural women accounted for 41 percent of victims of all IPV cases in Guatemala and 31 percent of the victims were Maya. The high incidence of VAWG is exacerbated by social norms that tolerate violence and foster gender inequality. Due to the social pressure around these norms, indigenous women rarely report IPV or seek help due to the fear of being stigmatized within their families and their communities.

Present day VAWG is heavily linked to the legacy of violence against women during the Guatemalan Civil War, and widespread impunity and deeply-rooted machismo have further compounded the vulnerability of indigenous women in Guatemala. Between 1960 and 1996, rural Guatemalan communities were militarized by the government, which viewed the Maya population as the enemy. The government’s counterinsurgency effort tortured, raped, and killed indigenous women because they were viewed as the root of the community and by extension, the insurgency.

Gender violence has historically been perpetuated in Guatemala as a tool of submission and control on women’s bodies and lives. It is enabled by the patriarchal and conservative culture, as well as a fragile security and legal system. 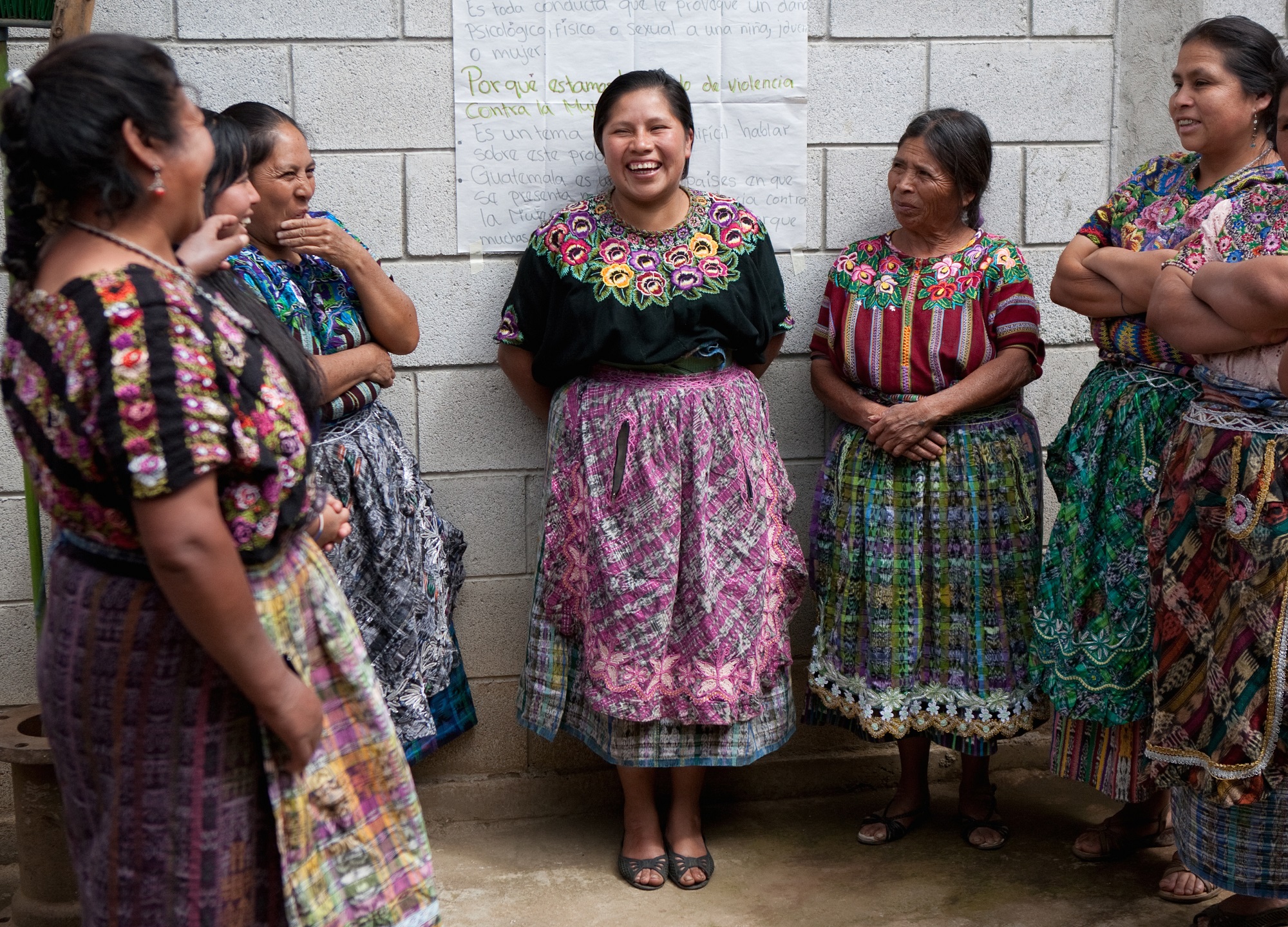 WJI’s Community Advocates: Training Women Leaders to Prevent VAWG and Increase Access to Justice in Rural Guatemala project will benefit Maya women living in 24 communities in Patzún, Chimaltenango, by developing a network of Community Advocates who promote women’s rights at the local level.

This project will take a three-pronged approach:

The project will directly impact 2,383 Maya-Kaqchikel women, girls, and men in Patzún. The indirect beneficiaries are 8,381 Maya-Kaqchikel women, girls, and male community members, who receive information on the prevention of VAWG through the action plans developed by local leaders and Community Advocates. Of the 8,381 anticipated indirect beneficiaries, 65 percent are women and girls. 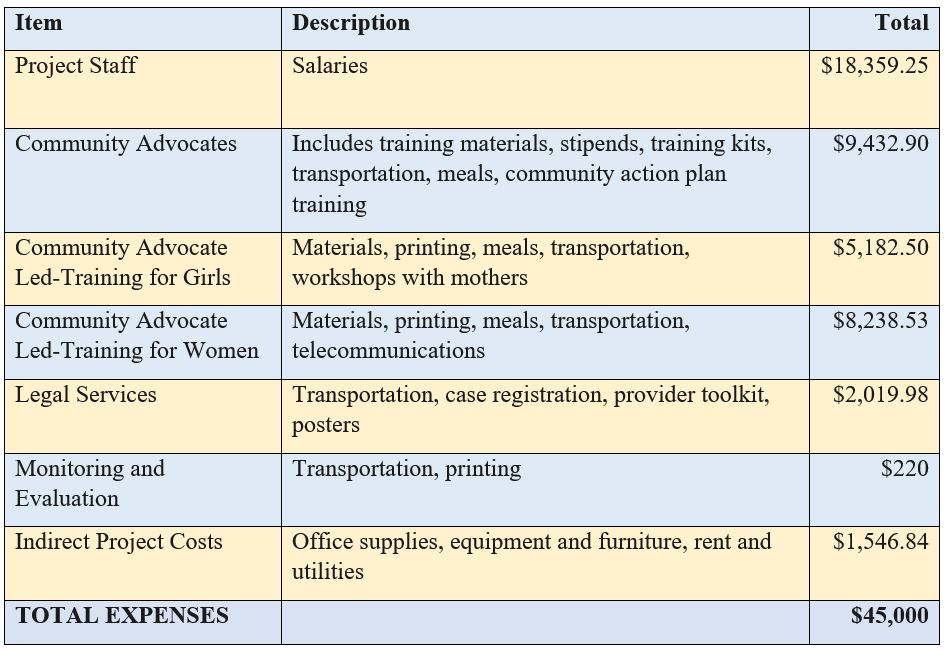 Why We Love This Project
We love this project because of its legal focus on women's rights, its use of indigenous lawyers, and its promotion of advocacy. Women’s Justice Initiative programming also connects government and civil institutions to the communities they serve.

WJI has reached more than 7,000 individuals since 2011 including 2,300 indigenous women and girls who received women’s rights education and access to legal services. To date, 82 women have received land titles through their work and in 2016, WJI assisted 288 women in cases related to intimate partner violence (IPV) and economic rights. In addition, eight communities are now implementing child marriage prevention plans, nine communities are implementing gender-based violence prevention plans, and 15 percent of girls participating in the Adolescent Girls Program have re-enrolled in school or decided to continue studying beyond primary school. 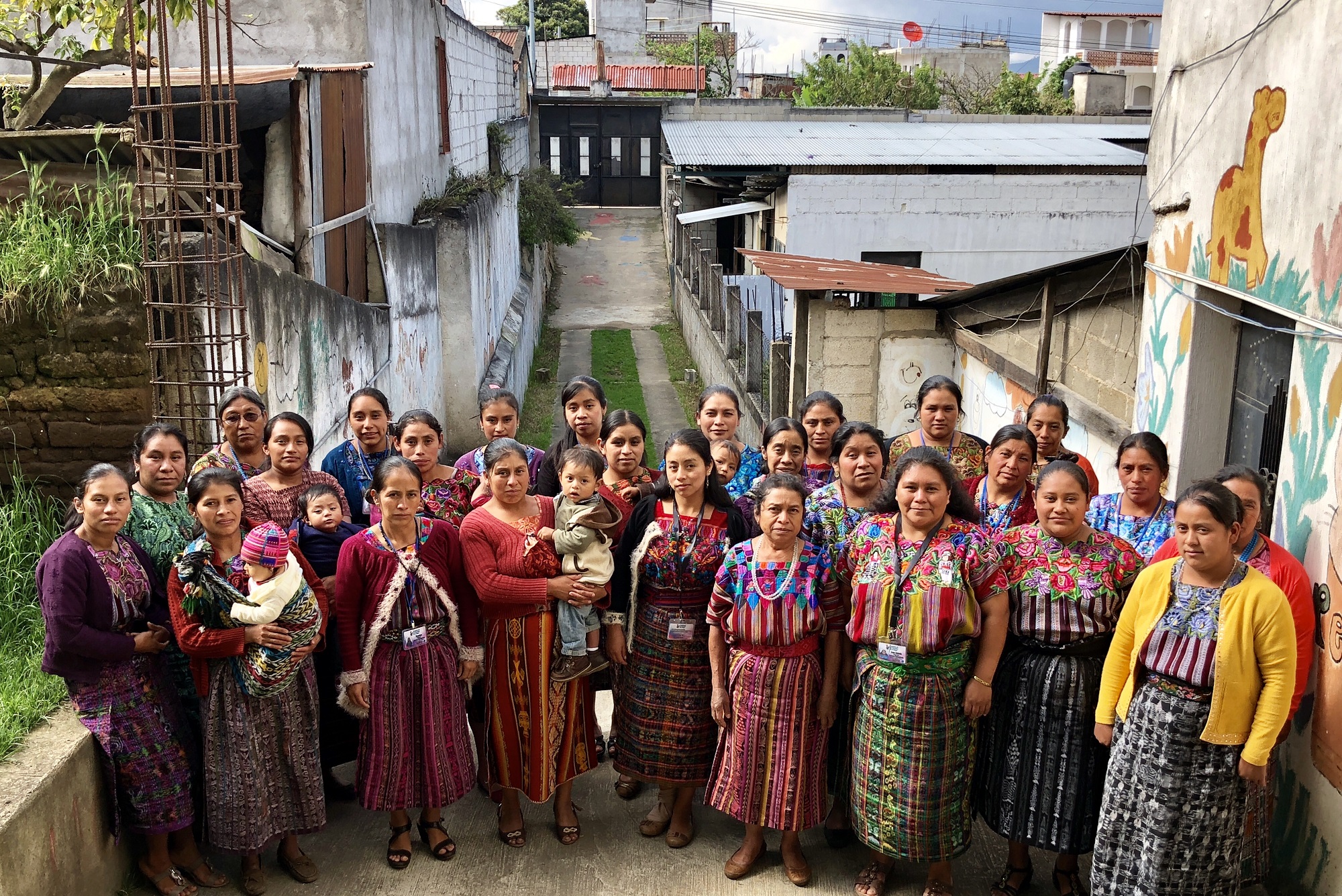 “I have become a woman who is no longer afraid to confront the challenges I face in my life, in my family, and even in our community. I have discovered myself and value myself as an individual.”

“All my life I have felt pain and suffering, but through WJI, I started to feel better because I was able to speak with others about my problems. For the first time I understood that I had rights. I learned that I have value.”

“I feel freer and stronger. I know that I have rights and I want to help other women. I can be an example for women so that they can overcome violence.”

“If I could speak to another woman suffering from abuse, I would tell her to get help from WJI. I would explain to her that she has options and doesn’t have to endure the abuse. As women, we have rights, and no one has the right to mistreat us.”

“WJI motivated me to go back to school, to keep learning, and to share what I have learned with others.”

WJI was founded in 2011 by Katharine Flatley – a lawyer with fifteen years’ experience in women’s rights, access to justice, and public health – to tackle gender inequality and violence against women and girls (VAWG) in indigenous communities in Guatemala. WJI piloted its first program, Women’s Rights Education, in 2011 with 15 participants in Patzún and expanded the program into five additional communities in 2012. Between 2012 and 2015, WJI developed three complementary programs and reached a total of 24 communities, in which it currently works. In 2015, WJI was awarded a highly competitive three-year grant from the United Nations Trust Fund to End Violence Against Women, which facilitated its geographic expansion. 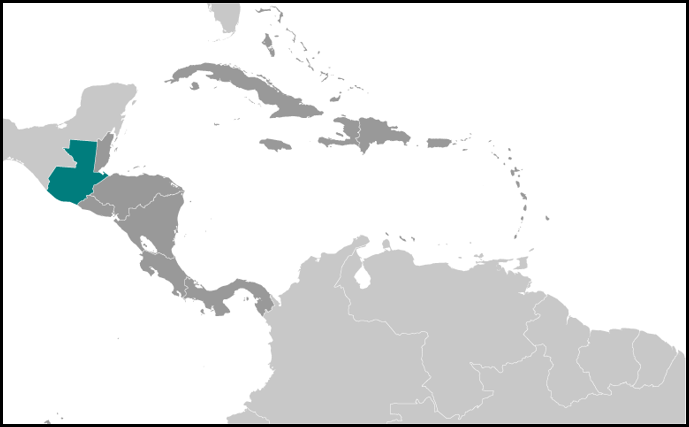 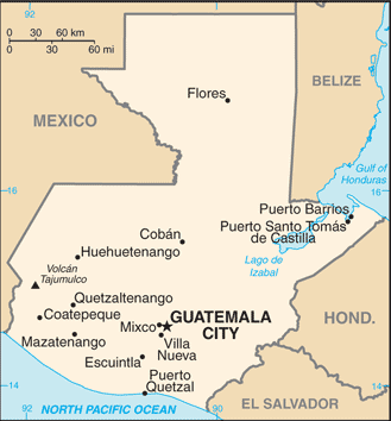 WJI works in 24 indigenous Maya-Kaqchikel communities in the Patzún, a municipality of Chimaltenango, Guatemala.

Guatemala is located in Central America, bordering the North Pacific Ocean, between El Salvador and Mexico, and bordering the Gulf of Honduras (Caribbean Sea) between Honduras and Belize. The country is slightly smaller than the state of Pennsylvania, with a population of 15,460,732, and a median age of 22.1 years. Most of the populace resides in the southern half of the country, particularly in the mountainous regions; more than half of the population lives in rural areas.

Women in Guatemala represent 51.2 percent of the total 15.8 million, estimated for 2014. After the signing of the Peace Accords in 1996, several mechanisms specifically for women were created. Laws were issued (women’s comprehensive development, domestic violence, sexual violence, trafficking and exploitation, femicide and other forms of violence) and policies were drafted protecting women’s rights and promoting development. Despite these advances, only 2 percent of the municipalities are run by women. More than 4,000 girls ages 10 – 14 give birth every year. Guatemala has the third highest rate of violent deaths among women in the world. It ranks third lowest in Latin America on the Gender Inequality Index. 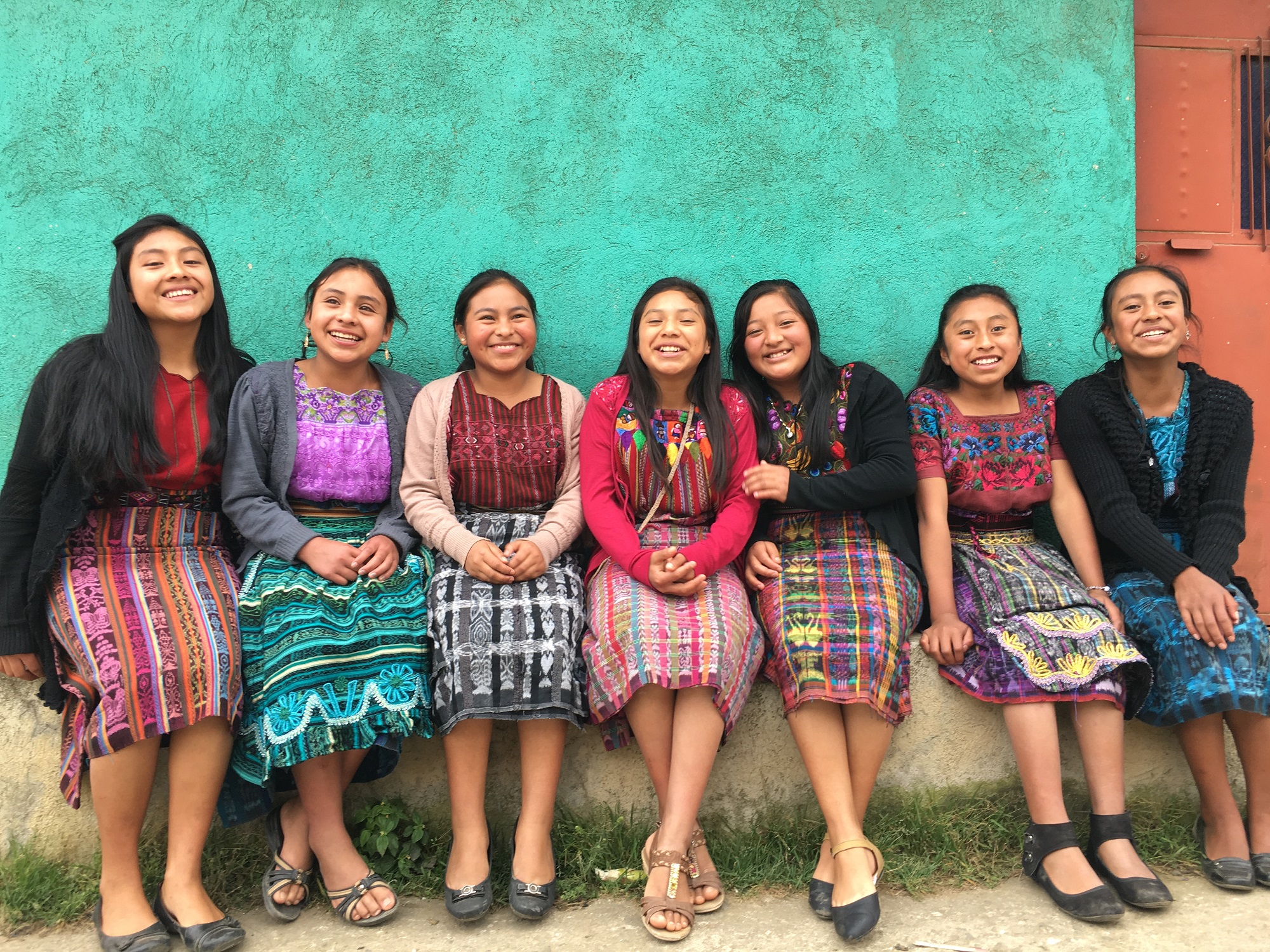 One of the significant aspects of the Women’s Justice Initiative project is providing legal support to women and girls to secure their economic rights. This includes property titling and registration, as well as land disputes.

Women’s rights over property continue to be limited all over the world. Gender-biased laws remain the primary obstacle to securing land rights in many countries, but even where women have legal entitlement to ownership, they continue to be denied land rights, primarily for cultural and political reasons. In Guatemala, laws established in the 1990s after the civil war mandate that there are no legal restrictions on women’s access and rights to land. However, these rights are being ignored or subverted because of strong cultural norms and practices. Within indigenous communities, women are even more marginalized.

Globally, there is an evident correlation between gender inequality, societal poverty, and the failure to respect, protect and fulfill these rights for women. Strengthening women’s secure rights to land can help empower them to reach their potential as citizens, influence the economy, and enable them to take control over their own lives. Women’s improved status also benefits their children and families. When women own land, their purchasing decisions are likely to benefit the household’s food security and their children’s nutritional status.

The Global Initiative for Economic, Social and Cultural Rights