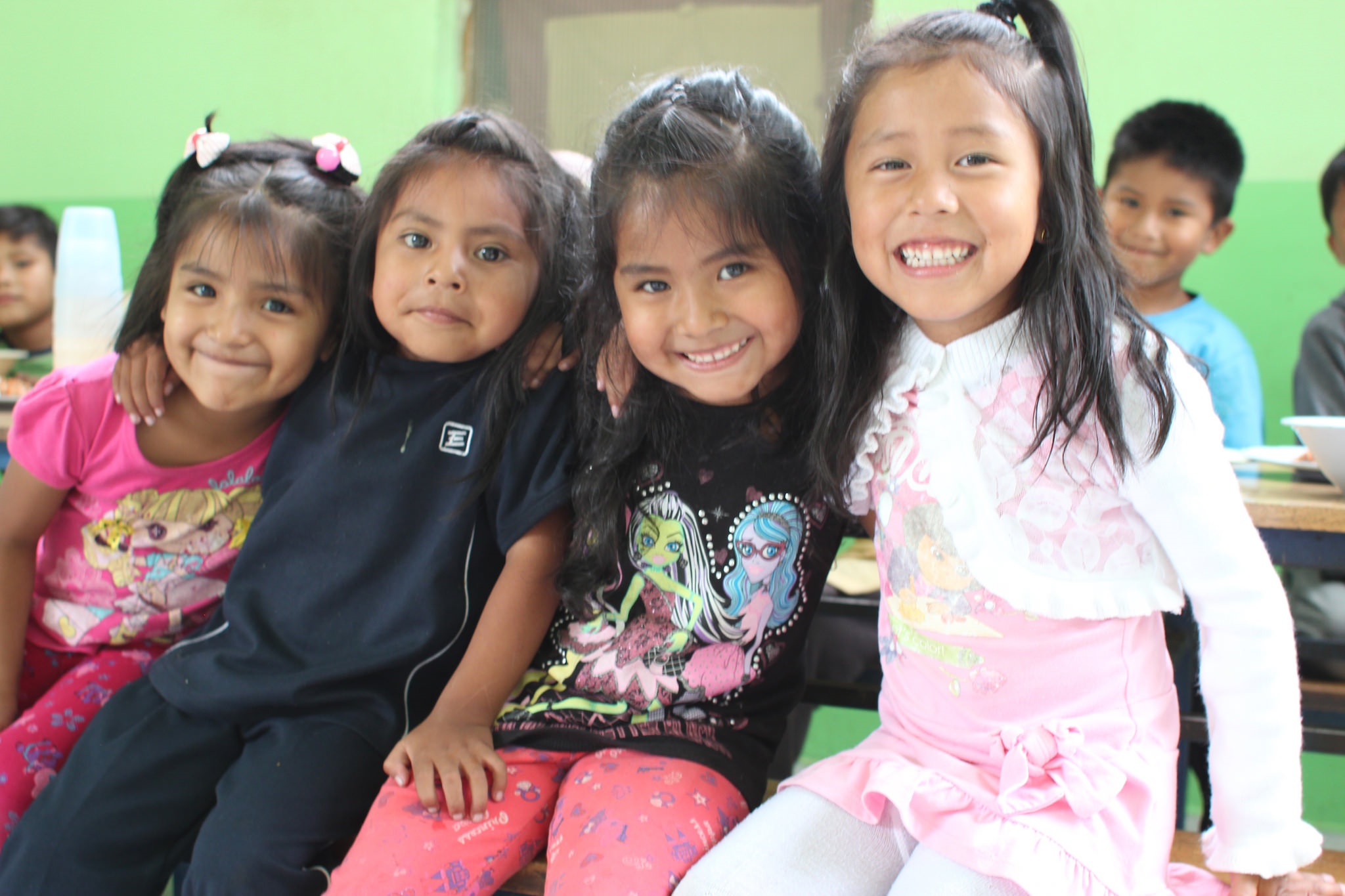 The mission of A Breeze of Hope is to restore the lives of those who have suffered childhood sexual violence by providing them free, holistic support; to eradicate sexual violence through transdisciplinary prevention strategies; and to promote healthy, comprehensive childhood development.

Bolivia’s cultural machismo is an aggressively male dominant construction of gender that presupposes male supremacy and normalizes males’ use of violence, manipulation and harassment against females to establish and maintain dominance and control. This culture leads to lower education and restricted access to employment opportunities for women in Bolivia, as well as violence. 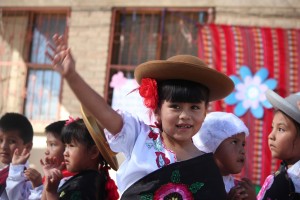 In 2003 and 2004, 88 percent of Bolivian women stated that they had suffered from some kind of violence. In 2009, A Breeze of Hope Foundation, together with the Bolivian Ministry of Education and Towson University, conducted the first and only school-based research on the magnitude of sexual violence against children and adolescents in Bolivia. They found that 1 in 3 girls reported having suffered sexual violence before age 18.

The Inter-American Commission on Human Rights acknowledged Bolivia’s “alarming” and “serious” epidemic of sexual violence against minor girls. The United Nations Committee on the Elimination of Discrimination against Women also documented patterns of “very severe forms of sexual aggression against women and girls” in Bolivia. And the Pan American Health Organization stated that Bolivia has the highest rates of sexual violence against women and girls in all of Latin America, but one of the lowest rates of reporting to officials.

Because of the subordinate roles women play in Bolivian society, they most likely do not have the economic ability to separate themselves from oppressive, violent situations. 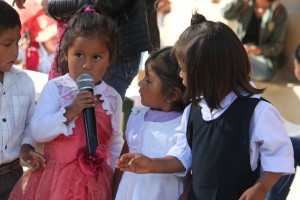 A Breeze of Hope Foundation responds to the need of girl victims of sexual violence to access high quality support services that facilitate their social, economic and political empowerment.

The main goal of the project is to increase resilience, self-esteem, academic confidence, economic independence and political participation within each girl’s life.

The Centro Una Brisa de Esperanza (CUBE) project will create a new interdisciplinary team at A Breeze of Hope’s center that will provide 70 girl victims of sexual violence with a safe and comfortable environment in which they can rebuild their lives and dreams and develop the skills they need to live successful, economically independent lives. It will directly serve girls from the Department of Cochabamba. Most of the girls who will benefit from the services will be of low or impoverished economic status. They will come from a variety of Bolivia’s ethnic backgrounds (Aymara, Quechua, Guarani or Mestizo).

The project will focus on four direct actions:

The project will directly benefit 70 girls between the ages of 8-20, and indirectly benefit 210 women and girls (supportive mothers, aunts and sisters in direct contact with the girls served).

DFW’s donation of $50,000 for one year will help pay for the implementation of the CUBE program. The grant will include salaries for one licensed psychologist, one group therapy facilitator and one full-time licensed attorney, as well as project materials and transportation for the individual and group activities. 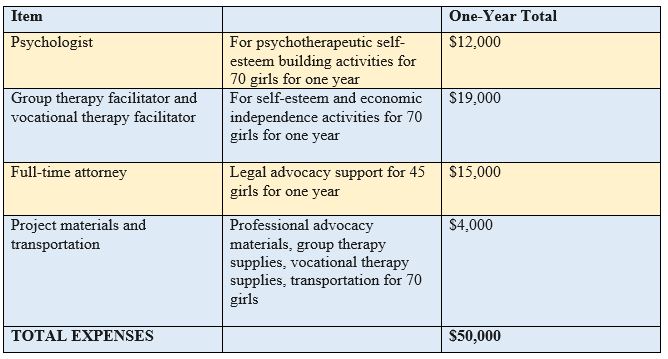 Why We Love This Project
We love this project because of its focus on a holistic, interdisciplinary approach to therapy, its advocacy for women, its 95 percent conviction rate, breaking down of cultural barriers, and the purposeful involvement of schools and parents, as well as its improvement of civic society and sense of ownership. 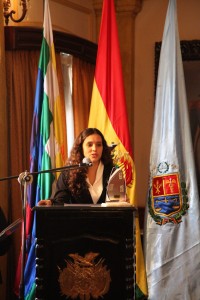 Since its opening in 2004, A Breeze of Hope has supported the recovery of over 1,450 child victims and their families through free legal, social, psychological and medical support. In 2015 alone, 12 girls graduated from high-school, 92 percent remained in school, 15 girls graduated form the vocational training program, and seven girls got jobs as a result of the vocational training program. Of those girls whose therapeutic progress underwent its first full-year evaluation, 41 percent had experienced a reduction in the traumatic effects of sexual violence. A Breeze of Hope has educated and trained over 80,000 people, including judges, prosecutors, police, forensic physicals, educators, psychologists, social workers, members of the press, university, high-school and middle-school students, parents and others. ABH has maintained a 95 percent conviction rate in criminal trials (compared to the Bolivian government’s 2 percent conviction rate), and in 2015, ABH attorneys maintained a 100 percent conviction rate, with 52 trials and 52 convictions with an average prison sentence of 20 years (maximum possible sentence is 30 years). ABH has increased legal protections for children in Bolivia, including a nationwide uniform interpretation of Bolivia’s law of criminal procedure in child sex abuse cases, greater protection for children during courtroom interrogations and the repeal of Bolivia’s Rape-Marriage Law, a law that pardoned sexual aggressors of their crimes if they married their victims. 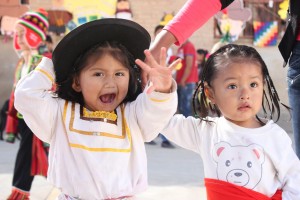 “When I arrived to CUBE, I saw so many other girls who had gone through the same horrible experiences I went through. I saw them smile, dance, and laugh. That gave me courage and made me think that one day I would, too. And I have.” –Sarah, program participant.

“Thanks to CUBE I am filled with life. Once again I can smile, dance, play and dream. Every day my psychologist pushes me to dream bigger dreams and accomplish bigger things.” – Daniela

“I was 12 years old when I found myself carrying the baby of my rapist. I was kicked out of my home and called a “whore.” All I wanted was to go to school, but that seemed like an impossible dream. When I arrived to CUBE I received all the support that I needed. Today my rapist is incarcerated and I not only went to school, but I graduated from college and now I am a teacher at a school. Thanks to CUBE’s support I have been able to reach dreams that I thought were impossible. As a teacher, I have a wonderful opportunity to bring hope to girls who are trapped in situations similar to my experience.” –Tatiana, program participant

“I was repeatedly raped by my father. When my mom and twin brother found out they beat me so bad that I almost died. My mother accused me of seducing my dad and wanting to steal him from her. I was homeless at age 14. Thank God I found CUBE, which gave me shelter, food, and emotional support. They fought for my rights. My dad got a 25-year prison sentence! For the first time I was able to sleep in peace without fearing what would happen to me. Today I am a volunteer at CUBE and I am helping other girls to overcome their trauma. I am also in my third year of college. If it weren’t for CUBE, I would have been dead.”- Tamara, program participant 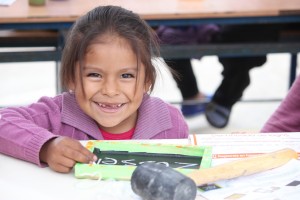 A Breeze of Hope Foundation (known in Bolivia as Fundacion Una Brisa de Esperanza) is a 501(c)(3) public charity that was founded in 2003 by Dr. Brisa De Angulo when she was just 17 years old. As a young girl, Brisa was raped and tortured by an adult member of her extended family. When she sought help, police, prosecutors and judges blamed her for everything that had happened – because she was both a girl and a child, and in Bolivian culture woman and children are always at fault. Her community also retaliated against her for breaking the silence. After living this nightmare, Brisa founded Centrol Una Brisa de Esperanza (CUBE)—Bolivia’s first and only support center for child victims of sexual violence, to provide other girls the help she never found.

To date, the center has provided over 1,450 children with life changing support and protection. The direct beneficiaries of the work are child and adolescent survivors of sexual violence, primarily girls ages 3 months – 18 years from the Department of Cochabamba. Most of the girls who directly benefit from ABH services live in poverty and come from indigenous groups. 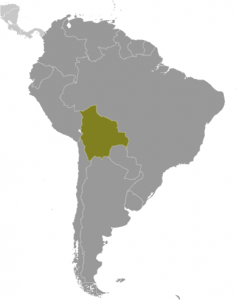 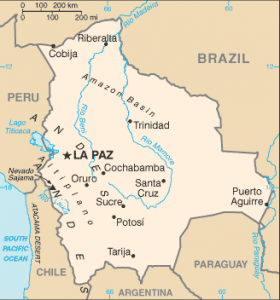 A Breeze of Hope’s service area is the country of Bolivia, in the Department Cochabamba, where they work in cities/provinces of Cochabamba City, Tiquipaya, Quillacollo, Sacaba, Valle Alto, Chapare, and the rural province of Morochata.

Bolivia, named after independence fighter Simon Bolivar, broke away from Spanish rule in 1825; much of its subsequent history has consisted of a series of nearly 200 coups and countercoups. Democratic civilian rule was established in 1982, but leaders have faced difficult problems of deep-seated poverty, social unrest, and illegal drug production. Bolivia ranks at or near the bottom among Latin American countries in several areas of health and development, including poverty, education, fertility, malnutrition, mortality and life expectancy. The population of Bolivia is 10,800,882. The maternal death rate is 206 deaths/100,000 live births. Infant mortality rate is 37.49 deaths/1,000 live births. Life expectancy is 68.86 years. The percent of the population living below the poverty rate, (based on the percent of population living on less than the international standard of $2/day) is 45 percent.

A Closer Look at Women’s Gender Equality in Bolivia

Although advances have been made recently, the traditional misogynist culture in Bolivia assigns women to subordinate, traditional and dependent roles. Their main roles are seen as reproduction and care of the family. Because women in Bolivia do not live in conditions of equity with regard to men, illiteracy among women is greater, they have a low income generating capacity, and the mortality rate is the second highest in Latin America, after Haiti. 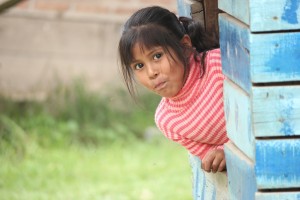 Household data from 2013 indicate that 15 percent of adult women in Bolivia have no schooling (even less for indigenous women), compared to 4.6 percent of men. Women and girls face widespread discrimination in the Bolivian education system. Bolivia’s income inequality is the highest in Latin America and one of the highest in the world. Women continue to hold the least productive and the worst paid jobs. Employment for women in rural areas is even worse, because they are discriminated against not only because they are women, but also because of their indigenous origins. Gender inequalities are marked by accumulated constraints such as lack of mobility, time, skills, exposure to violence and the absence of basic legal rights.

The lack of access to education and family planning services helps to sustain Bolivia’s high fertility rate – approximately three children per woman. Maternal mortality in Bolivia is one of the highest in the world. In rural and indigenous areas, the maternal mortality rate is higher. Bolivia has the lowest prevalence of prenatal care in Latin America.

Violence against women in Bolivia is one of the starkest manifestations of the lack of gender equality. Women who suffer violence cannot fulfill their potential. Their access to education, health and economic opportunities are restricted. Women who have suffered violence are more likely to have poorer health and lower earnings. In addition, this violence has profound impacts on economic and social welfare of future generations. Reducing violence against women could go far toward improving gender equality and other development outcomes.

A Breeze of Hope


More on A Breeze of Hope Foundation