Together Women Rise is a powerful community of women and allies dedicated to achieving global gender equality. We have hundreds of local chapters across the U.S. where members learn about and advocate for gender equality issues, give grants to organizations that empower women and girls in low-income countries, and build community to forge meaningful connections that increase our strength and collective impact.

About Us brochure Join Our Community brochure

Every person deserves the same opportunities to thrive, regardless of race, gender, wealth, or where they happen to be born. Yet, inequality continues to shut doors of opportunity and limit independence for women and girls everywhere. In particular, across the global south, millions of women live in extreme poverty and without access to personal freedoms or opportunities to reach their full potential. 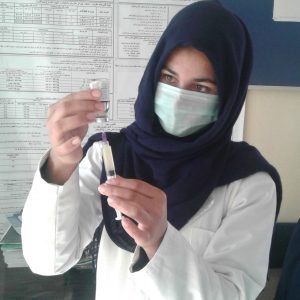 Every woman deserves the fundamental human right to live freely and pursue her dreams. We believe that gender equality is achievable, and that determined women together in community can achieve anything. We know big changes are possible when we see the innovative, women-led work that’s making a difference in countries all over the world.

All over the world, inequality, oppression, and exploitation hold women back. Women living in extreme poverty face even more barriers to living freely and fulfilling their potential. Women living in highly oppressive and impoverished conditions often don’t have opportunities to gain education, earn their own wages, or get healthcare when they need it.

Harmful ideas and practices like gender-based violence, early and forced marriage, menstrual taboos, and lack of access to education and economic opportunities prevent women and girls from reaching their potential. They impact women’s health, safety, financial security, independence, and quality of life. These barriers not only hurt women and girls — they are also standing in the way of broader community and societal success.

Together Women Rise envisions a world where every person has the same opportunities to thrive regardless of their gender or where they live. 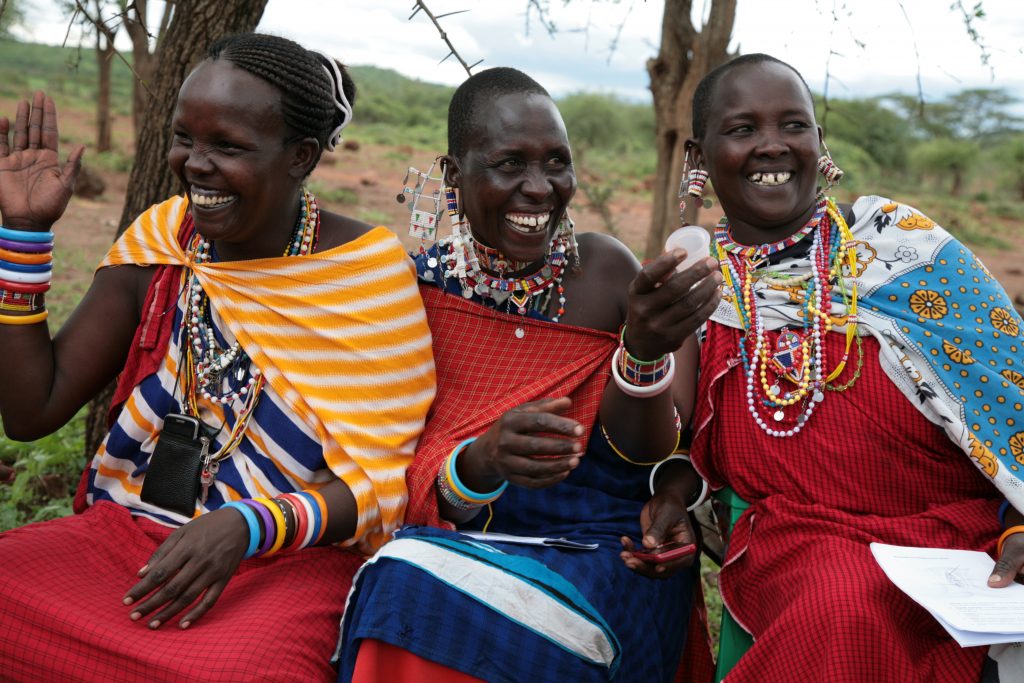 Together Women Rise champions gender equality because women’s rights are human rights. When women and girls are treated equally, the world is healthier, safer, more peaceful, inclusive, and economically just for everyone. 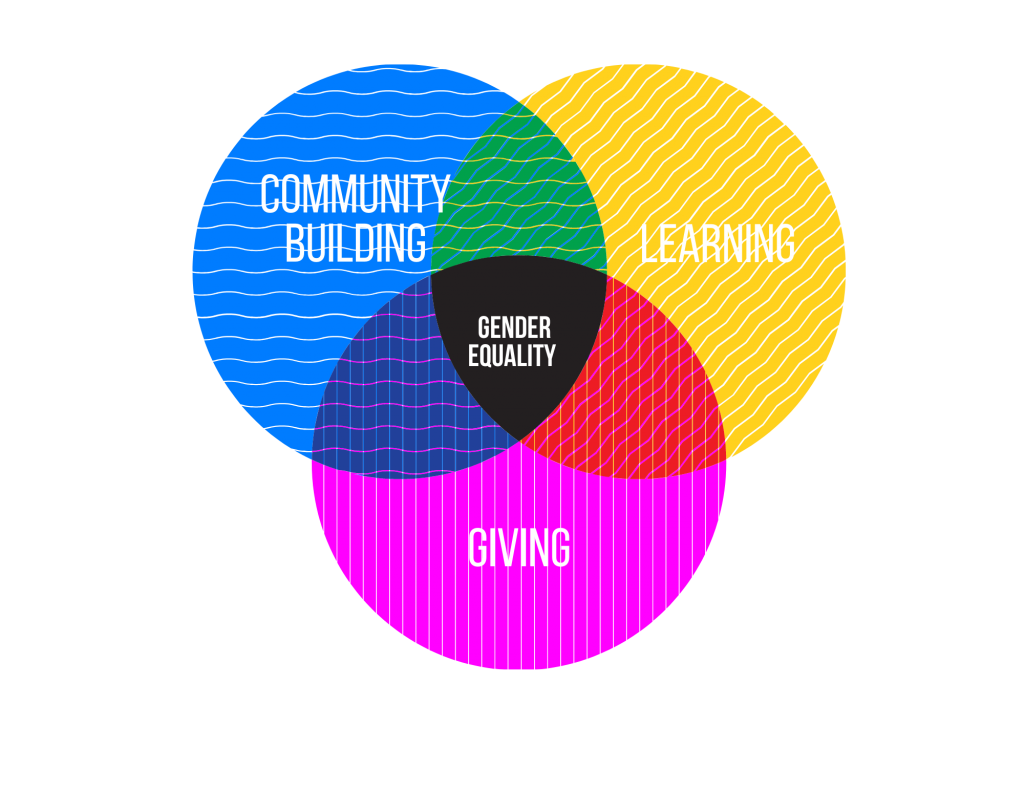 Giving: We provide grants to organizations supporting women and girls in low-income countries so they can live freely and safely, rise out of poverty, and become powerful agents of positive change within their communities. The organizations and projects we support are carefully vetted, locally-led and committed to making lasting change to help women and girls thrive. We only choose grantees that are measuring impact and working in collaboration with the women they serve.

Community-Building: Together Women Rise is building a diverse and inclusive global community of women and allies who care about making the world a better place. Across hundreds of chapters and grantees, our community is strong and cohesive as we all work towards a common goal: gender equality for women and girls everywhere. At the same time, we are creating a sense of belonging and connection that many people struggle to find in their busy lives. 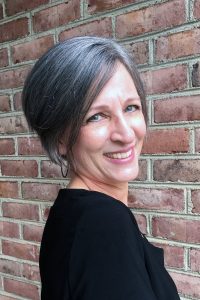 Together Women Rise, then Dining for Women, was founded in Greenville, SC in 2003 by Marsha Wallace and Barb Collins – two women whose backgrounds made them uniquely called to launch a global movement that harnesses the collective action of people who share the vision for an equitable world for all.

A mother of four and a former obstetrics nurse and educator, Marsha Wallace was at a crossroads in her life when the idea for Together Women Rise originated.  She felt increasingly compelled to find a way to make a difference in the world and live with more passion. In the fall of 2002, she read an article about a group of friends who met for potluck dinners and collected donations for needy families using the money they would have otherwise spent in restaurants. Marsha was struck by the idea of using “dining out dollars” to help others. On her birthday in January 2003, she invited some friends to her home to celebrate, a hat was passed and $750 was raised for Women for Women International, a nonprofit that supports marginalized women affected by war and conflict.

Barb Collins’ invitation to her neighbor’s birthday party was the first of many serendipitous moments in Together Women Rise’s history.  Barb was raised by a father whose humility and courage was a beacon throughout her life. He taught her that true leadership begins with a code of personal values and a commitment to living to serve others. Barb devoted her career to working in the nonprofit sector and, in 1999 she took a life-altering trip to Tanzania where her father was helping to develop leadership within the Lutheran church of Tanzania.  After this experience, a flame lingered in Barb for reaching across the oceans to keep opening doors of opportunity for the remarkable women she met. In 2003, when invited to Marsha Wallace’s unusual birthday party, Barb’s passion and experience merged into her calling.

The collaboration between Marsha and Barb led to the founding of Together Women Rise and a wave of eye-opening education and awareness that spread across the country, making significant positive changes for women and girls across the globe. Together Women Rise received its 501(c)3 status in 2004. In 2005, the organization was included in a “New Ventures in Philanthropy” study on giving circles – an important milestone because it increased the young organization’s profile and led to significant growth in the years to come, and partnerships with the Peace Corps, UNICEF, and Michelle Obama’s Let Girls Learn initiative.

In 2014, Marsha and Barb were awarded the Everyday Freedom Heroes Award from the National Underground Railroad Freedom Center in Cincinnati, OH.

In 2019, Barb published her first book entitled Love, Norm which tells the story of her father, Dr. Norman D. Fintel, his life lessons and how deeply he made her believe that she could change the world.

To learn more about how Together Women Rise got started, listen to this 30-minute podcast with Barb and Marsha from Sandy Klein’s Conversation’s with Creative Women.