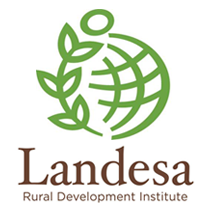 Land rights for women are key for food security and gender equality. World-wide, women are a majority of land workers but a minority of landowners and, when they do own land, it is smaller plots of inferior land. Crop yield goes up with an increase in women’s land ownership, there is better child nutrition, women have greater decision-making power within the family, and girls in the family are better educated.

When women hold rights over land, unequal relationships between women and men are transformed, enabling women to claim agency and leadership within households, communities, and societies, shifting the needle toward gender justice.

Landesa is a 42-year-old organization that works in Tanzania, Kenya, Egypt, India, Bangladesh, and Myanmar, among other countries. Since they began, they have been working to secure land titles for smallholder farmers and, for the last 30 years, they have focused on women’s land rights to further gender equality. They work with governments to change policies and with private corporations to directly support women in supply chains.

Landesa’s Center for Women’s Land Rights prioritizes deep collaboration with the broader gender equality and climate action movements, with the recognition that land is key as a foundation for both. The partnership between Together Women Rise and Landesa will contribute to Landesa’s efforts to secure women’s rights to land at the grassroots level in coordination with global, national, and grassroots organizations.

Stand for Her Land Campaign: This global advocacy campaign works to strengthen land rights for women around the world by closing the gap between laws and fulfilling promises of gender equality, by supporting coalitions of grassroots women and women-led organizations.

Why Women’s Land Rights Matter: This infographic presents the links between women’s rights to land and women’s fundamental human rights.

Land and empowerment: The importance of female land ownership for food security

Women in Half the World Still Denied Land, Property Rights Despite Laws

Women grow 70% of Africa’s food. But have few rights over the land they tend