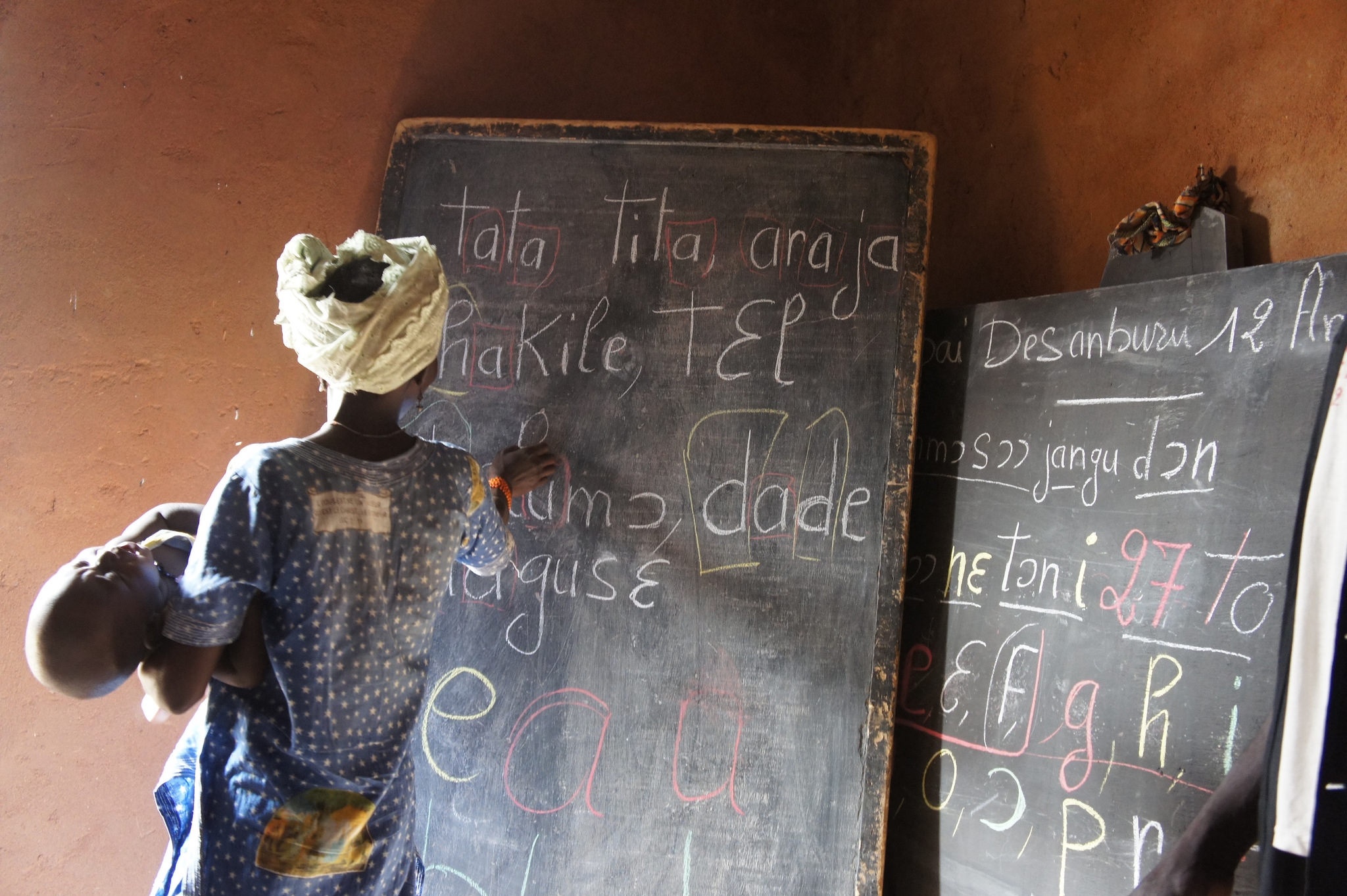 The mission of The Tandana Foundation is to empower individuals of various cultural backgrounds with an increased awareness of the world, other cultures and themselves, and with an expanded sense of their possibilities, to promote positive, caring interactions between people of different backgrounds and encourage consideration and lessening of global inequalities; to promote respect and responsibility toward one’s self, all people and the Earth.

The literacy rate in Mali is 34 percent, and in the rural area of Bandiagara Circle it is much lower. Most families are unable to harvest enough millet to last them through the year, so they must send some family members to the cities to look for work, in addition to developing income-generating activities in the villages. In Mali, 50.4 percent of the population lives on less than $1.25 per day.

While illiteracy is a pervasive problem in Mali, women are most affected, with a literacy rate of only 29.4 percent. Without literacy and numeracy skills, women must rely on others for help with basic tasks, such as making telephone calls, purchasing the right size of goods or weighing their products to sell. They are more easily taken advantage of in the marketplace, as they must trust customers or vendors to read for them.

According to the PDSEC (a local development report) of Wadouba Township, the central area of this project, the women’s literacy rate in the Township in 2010 was only 5 percent. The problem of women’s illiteracy is particularly severe in the rural Townships that will benefit from this project. Yet illiteracy is not the only factor that prevents women from achieving self-sufficiency. The vulnerability of agrarian livelihoods in this region is also an issue. In the Bandiagara Circle, rainfall reaches only 45 cm per year and only 10 percent of land is cultivable; thus harvests are routinely inadequate and villagers must diversify their income streams to survive.

Illiteracy among Malian women is so high because of the lack of access to schools and the cultural incentives that lead parents to send boys to school more often than girls. In Mali, net attendance ratio of males in primary school is 60.2 percent, and females is 54.6 percent, according to UNICEF. School attendance rates were much lower in the previous generation, especially for women, so very few adult women in the rural villages of Bandiagara Circle had the opportunity to attend school. Lower education levels have been linked to higher fertility rates, and in Mali, it is especially high at 6.3 births per woman. Conversely, higher levels of education, particularly among girls, has a strong correlation to declining fertility and better development outcomes. The combination of high fertility rates and domestic responsibilities prevents women from participating fully in economic activities. Increasing women’s education and supporting them in forming associations can reverse these trends.

Women in the Bandiagara Circle of Mali need literacy and numeracy as well as association management, democratic governance and leadership skills in order to achieve self-sufficiency and fulfill their potential as leaders in their communities. In addition to their innumerable household tasks, many women also undertake micro-businesses to earn income, including market gardening, soap-making, transforming cotton into cloth, micro-commerce and other activities. 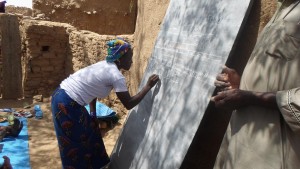 In order to help women acquire credit for these enterprises, The Tandana Foundation partnered with Vital Edge Aid and Amprode-Sahel in bringing the Savings for Change program to Bandiagara Circle. To build upon the opportunities afforded by the availability of credit, women in the village of Kansongho said they would like to learn literacy and numeracy skills, so that they can keep records for their businesses and manage independently in the marketplace. As a result, Tandana’s Tommo So literacy classes were initiated in 2012. Over 800 students have benefited from one session of the classes. However, while the program met its goal of at least 50 percent of students passing their exams, in the 2015 final evaluation, 46 percent of students scored less than satisfactory on the reading, writing and calculation test, indicating that there is much more learning to do. Students have also expressed the need for additional training.

The DFW grant will help provide additional literacy and numeracy skills as well as skills in association management, democratic governance and leadership to women who previously participated in one session of Tandana’s literacy program. The specific objectives are as follows: 1) By July 2017, 677 of the 900 women participating in the extended Tommo So literacy classes will achieve a satisfactory score in reading, writing and calculation skills; 2) by November 2017, 250 booklets containing association documents, governance and leadership skills in Tommo So will be created to be used to train 250 women leaders; 3) by March 2018, a minimum of 10 women’s associations will be registered by women who participated in the training and asked to submit proposals for income-generating activities; and 4) by June 2018, five women’s association proposals will be selected for continued funding and technical support.

The number of women and girls served by the project in Year 1 will be 900 Direct and 9,000 Indirect.  In Year 2, it will be 400 Direct and 900 Indirect. The project will last 18 months, December 2016 until May 2018, with Tandana providing additional follow up for three years after completion.

DFW’s donation of $47,980 over two years will be used in the following areas: 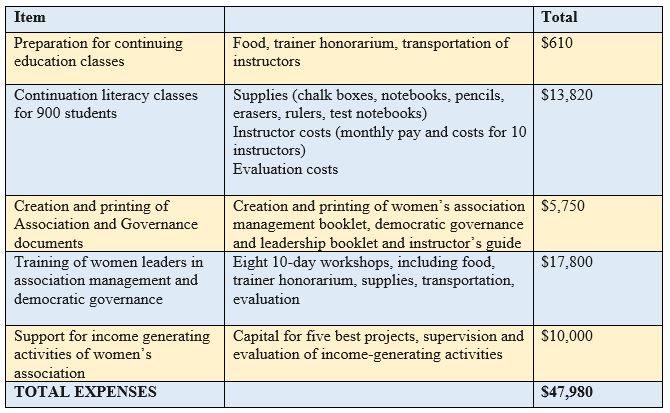 Why We Love This Project
We love this project because of its appropriateness for this population, its evidence of success and because women in these communities have asked for this program. 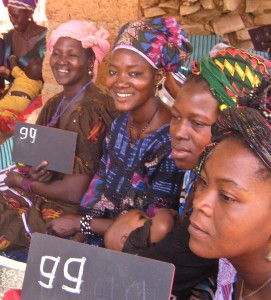 In Ecuador, Tandana volunteers have collaborated on numerous community-initiated projects that have improved the quality of life in 23 villages. For example, the Health Care program has provided over 6,700 patient visits. Tandana has also empowered over 120 students in Ecuador by providing financial support to attend secondary school and university, allowing them to fulfill their potential and make greater contributions to their communities.

In Mali, Tandana has bolstered empowerment in 34 villages via education; namely, training in income generation techniques, Savings for Change and literacy. It has also collaborated on many community infrastructure projects, including six wells, two grain banks, three cotton banks, and four gardens. The local committees that are formed to manage each project receive training in management and learn to see themselves as capable actors in the development of their communities. Over 800 students have benefited from one session of Tandana’s Tommo So literacy classes.

“We thank The Tandana Foundation. Because of you, we can recognize telephone numbers. We go to the market and we can manage because we are able to recognize the numbers. We can now write and read by ourselves.”

“I am Namata Goudienkilé, a homemaker in Biné and student at the literacy center in Biné village. Thanks to the support of the Tandana Foundation, I no longer fear going to sell local products such as tamarind fruit at the market in Sangha. Because now I can read the numbers on the scale and record the weight of my product to sell. Before I sold with doubts, as I had to trust the weight that the buyer told me. I often asked for help from a person I know to weigh and sell. Thank you Tandana Foundation and its partners for taking this big thorn out of me.”

“Thanks to my participation in the literacy session for three months in my village of Sal-Dimi, I can count the numbers from 1 to 10,000 now. This has allowed me to calculate my menstrual cycle to prevent births too close together.” 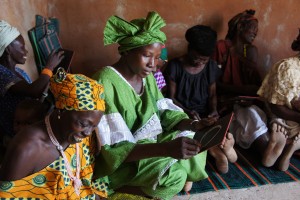 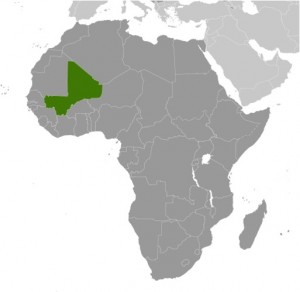 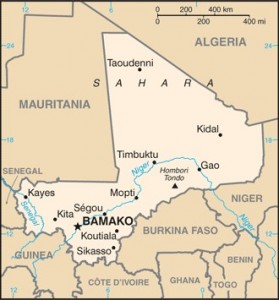 Among the 25 poorest countries in the world, Mali is a landlocked country that depends on gold mining and agricultural exports for revenue. The country’s fiscal status fluctuates with gold and agricultural commodity prices and the harvest; cotton and gold exports make up around 80 percent of export earnings. Mali remains dependent on foreign aid.

A Closer Look at the Complexities of Sub-Saharan Africa

An area rich in beauty and natural resources, Sub-Saharan Africa also includes diverse cultural identities among its tribes and people. The region is rich in both a variety and abundance of biological diversity – it is the planet’s second most abundant area in terms of numbers of species and endemic species (amphibians, birds, mammals and reptiles). It includes a range of major habitat types or biomes, dominated by tropical and sub-tropical grasslands, savannas and shrub lands, and it contains five internationally recognized biodiversity hot spots or areas of species richness and endemism which are under particular threat. Like its people, the languages of Sub-Saharan Africa are diverse, including more than 2,000 different indigenous languages. 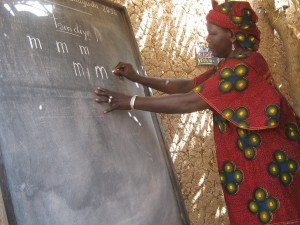 Although great strides have been made in recent years, the people of Sub-Saharan Africa still face numerous challenges — including rising poverty and hunger, conflict, disease, lack of education and population growth. For example, the UN Food and Agriculture organization estimates that 239 million people in Sub-Saharan Africa were hungry/undernourished in 2010. Efforts have been made in this area, and the proportion of hungry fell from 33 percent in 1990-1992 to 25 percent in 2011-2013. However, the number of undernourished children increased from an estimated 27 million in 1990 to 32 million in 2012. In general, the principal causes of poverty are harmful economic systems, conflict, environmental factors such and drought and climate change, and population growth.  Diseases such as malaria, tuberculosis and HIV/AIDS continue to plague the population. Sub-Saharan Africa remains the most severely affected by HIV. Seventy percent of the estimated number of new infections in 2012 occurred in the region. Maternal and child mortality continue to be an issue. In 2012 only 53 percent of deliveries were attended by skilled health professionals, and one child in ten died before their fifth birthday.

Lack of education is a major challenge in Sub-Saharan Africa, particularly for women. Female education affects family health and nutrition, agricultural productivity, and fertility, yet there is a wide gender gap in education. In 2012, 33 million children of primary school age were not in school, and 56 percent were girls. Socio-cultural and socio-economic factors that affect girls’ education are closely interwoven. Women are regarded as inferior to men and are not expected to aspire as high as men. Women’s roles are seen as looking after the house, bringing up children and catering to their husbands needs. Education is critical to addressing the needs of women in the region. Providing girls with an education helps to break the cycle of poverty. Women who are educated are less likely to marry early and against their will, less likely to die in childbirth, more likely to have healthy babies, and are more likely to send their children to school.