Customs and Cuisine of Nicaragua
← Return to Project

Customs and Cuisine of Nicaragua 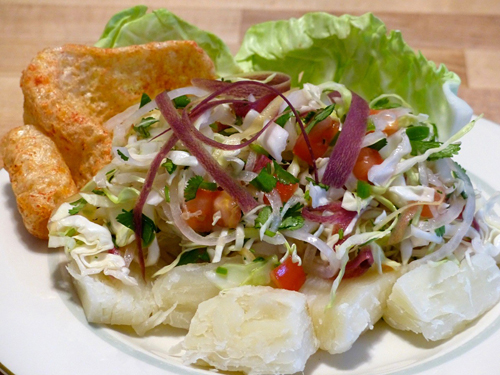 Customs and Cuisine of Nicaragua


Nicaragua is the largest country in Central America, with Honduras bordering it to the north and Costa Rica sharing a border to the south. It is also the poorest country in Central America, with more than 40 percent of its citizens living below the poverty level. Most of those who live below the poverty line are in rural areas, such as the Jalapa Valley, which is where our program is based this month.

Spanish is the official language of Nicaragua. Over 70 percent of the population speaks Spanish, while the others speak some English and other languages from their ancestors’ tribes.

Nicaraguan cuisine has many similarities to Mexican cuisine, as well as Honduran and Guatemalan influences. Rice, corn and beans are staples in their diet, and corn tortillas are consumed at every meal, often used as an edible scoop instead of utensils. Meat is not generally on the menu, although they raise beef in great quantities and export it. Ordinary families simply can’t afford it, but for a special occasion they will splurge and grill a steak, called “bistec al la parrilla” or “lomo.”

“Gallo pinto” is practically a national dish, basically a dish of red beans and rice, often eaten for breakfast. “Nacatamales” are popular steamed corncakes from Nicaragua and Honduras. They are similar to Mexican tamales, but nacatamales are larger, and not only filled with meat but with many other optional add-ins, such as green bell peppers, tomato, potato, peas, raisins, capers and olives, and then steamed in banana leaves. Nacatamales are a special-occasion food since they are time consuming to make. The yuca root is the most consumed vegetable, containing many essential vitamins and nutrients. Nicaragua’s most popular fruits are mangos and plantains.

The favorite nonalcoholic drink is coffee, and in fact coffee is one of the major exports. Beer is the choice for an alcoholic beverage, and rum is also a favorite for something stronger.