Customs and Cuisine of Rwanda
← Return to Project

Customs and Cuisine of Rwanda 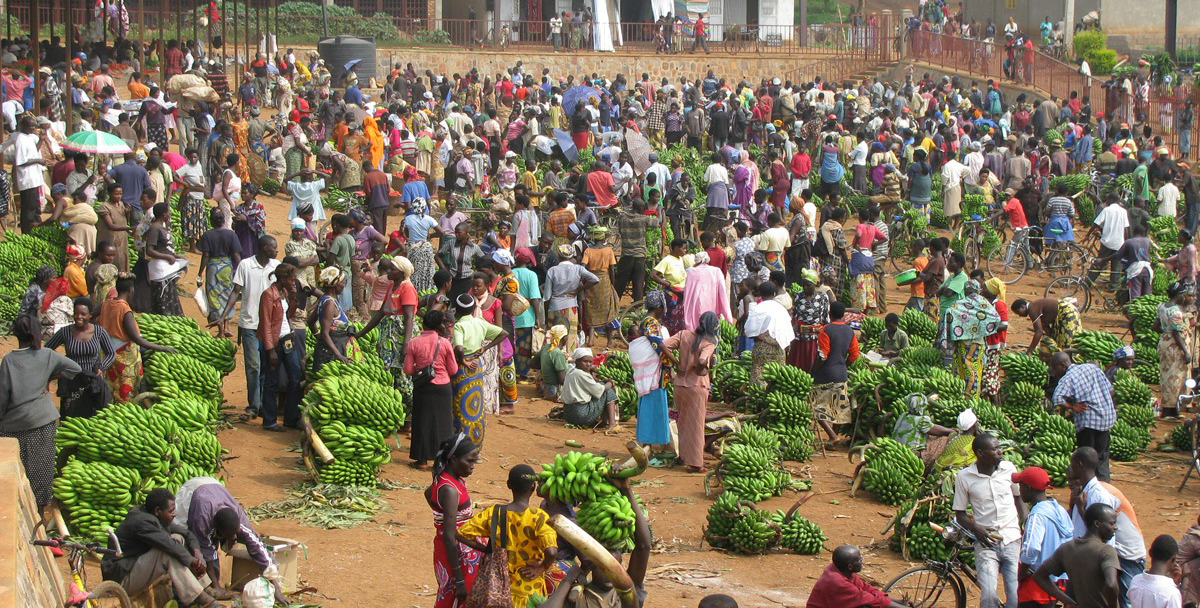 Customs and Cuisine of Rwanda


Known as the “land of a thousand hills,” Rwanda is a mountainous country, bordering on Burundi, the Democratic Republic of Congo, Uganda, and Tanzania.

Rwandan food is neither spicy nor hot. People eat simple meals made with locally grown ingredients. The Rwandan diet consists mainly of sweet potatoes, beans, corn, peas, millet, plantains, cassava, and fruit. The potato is now very popular, thought to have been introduced by German colonists.

Rwandans who live in rural areas rarely eat meat. Some families have cattle, but since cattle are considered a status symbol, people seldom slaughter them for meat.

In urban areas meat is more plentiful. The most popular meats are beef and chicken. People who live near lakes may catch and eat fish. Tilapia and sambaza are raised on fish farms and are popular choices.

A traditional breakfast consists of sweet potatoes and porridge. Lunch and dinner may consist of boiled beans, bananas, sweet potatoes or cassava. Umutsima (a dish of cassava and corn), isombe (cassava leaves with Eggplant and spinach) and mizuzu (fried plantains) are common dishes. Dinner is the heaviest meal.


Many Rwandan men enjoy drinking beer, but women rarely drink alcohol in any form. They do drink tea with lots of milk and sugar.

Refusing to partake of offered food or drink is considered a grave insult. Hosts typically sip from drinks and taste the food first before passing them to the guests to show that they are safe for consumption and have not been poisoned.

Avoid asking about someone’s ethnicity or referring to someone as Hutu or Tutsi. Rwanda is a country whose deep wounds are healing, and the government is working hard to ensure that Rwandans heal together, so as to avoid another conflict in the future. To do so they have emphasized the idea that ethnicity no longer exists, that everyone is simply Rwandan.

Dress appropriately. People in Kigali take pride in their appearance and tend to dress up. Do not wear shorts—shorts are worn only by Rwandan schoolboys.