Customs and Cuisine of Senegal
← Return to Project

Customs and Cuisine of Senegal 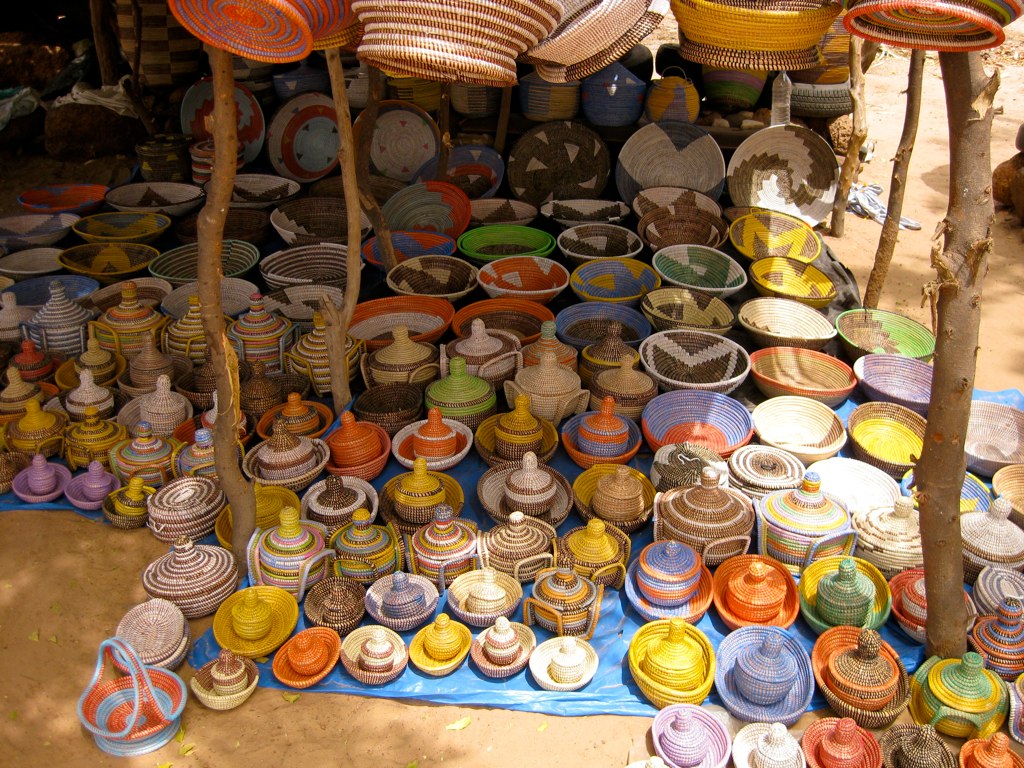 Customs and Cuisine of Senegal


The cuisine of Senegal has been influenced by nations like France, Portugal and those of North Africa, and also by many ethnic groups, the largest being the Wolof; Islam, which first penetrated the region in the 11th century; and various European cultures, especially the French, who held the country as a colony until 1960. In fact, French is the official language, followed by Wolof, the main indigenous language.

Because Senegal borders the Atlantic Ocean, fish is very important. Chicken, lamb, peas, eggs and beef are also used in Senegalese cooking, but not pork, due to the nation’s largely Muslim population. In the semi-arid interior, peanuts and millet are the primary crop, as well as couscous, white rice, sweet potatoes, lentils, black-eyed peas and various vegetables. Meats and vegetables are typically stewed or marinated in herbs and spices and then poured over rice or couscous, or simply eaten with bread. Throughout the country, meals tend to be single-dish affairs, with everyone grazing from one bowl or platter, using spoons or bare hands to scoop up meat and vegetables — always supplemented with rice or couscous. Sosa kaani, an incendiary sauce made from Scotch bonnet peppers, is on every table at every meal.

There are three main dishes that are widely known and beloved in Senegal. Thiéboudienne has been dubbed the country’s national dish. It is a fish-and-rice specialty that originated in the former French colonial capital of Saint-Louis. It does require some elaborate preparation so is not everyday fare. Another very popular meal is Yassa, which can be either chicken or fish that is first marinated overnight with lemon and onions, simmered and served over rice. And finally Mafe is a stew typically made with beef or lamb in a tomato and peanut sauce.

Desserts are very rich and sweet, combining native ingredients with the extravagance and style characteristic of the French impact on Senegal’s culinary methods. They are often served with fresh fruit and are traditionally followed by coffee or tea.


Senegalese table manners can be somewhat formal. You should wait to be shown to your seat. Seating is often a matter of hierarchy. A washing basin will be brought out before the meal is served for people to wash their hands. Women and men may eat at separate tables in the same room or they may eat in separate rooms.

If the meal is served on the floor or a low table, sit cross-legged and try not to let your feet touch the food mat. Do not begin eating until the eldest male does. Food is often served from a communal bowl. You should eat from the section of the bowl in front of you. Never reach across the bowl to get something from the other side. Eat only with the right hand. Expect to be urged to take second helpings. Sample each dish. Leaving a little bit of food on your plate or your section of the communal bowl indicates that you have been looked after. People generally stay for half an hour or more after dining to continue building the personal relationship.