Customs and Cuisine of the Dominican Republic
← Return to Project

Customs and Cuisine of the Dominican Republic 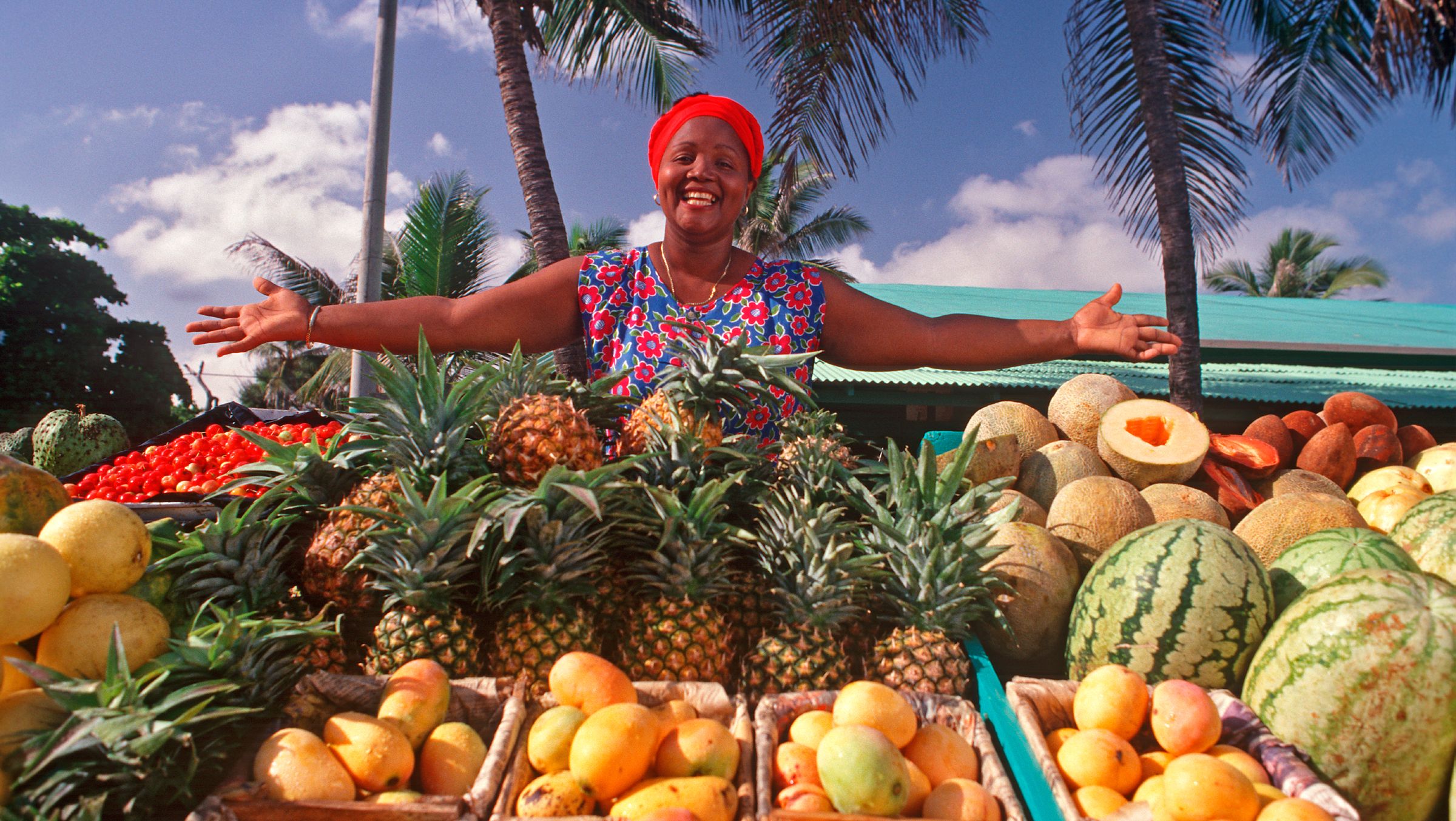 Customs and Cuisine of the Dominican Republic

Dominican Republic cuisine is predominantly made up of a combination of Spanish, indigenous Taíno, and African influences, the first and last occurring over the last five centuries. Dominican cuisine resembles that of other countries in Latin America, those of the nearby islands of Puerto Rico and Cuba most of all, though the names of the dishes will differ.

Breakfast can consist of eggs or meat and mangú (mashed plantain). As in Spain, the largest, most important meal of the day is lunch. Its most typical form, nicknamed La Bandera (“The Flag”), consists of rice, red beans, meat (beef, chicken, pork, or fish), and salad.

All or nearly all food groups are accommodated in typical Dominican cuisine, as it incorporates meat or seafood; grains, especially rice, corn (native to the island), and wheat; vegetables, such as beans and other legumes, potatoes, yuca, or plantains, and salad; dairy products, especially milk and cheese; and fruits, such as oranges, bananas, and mangos.


If invited to dinner at a Dominican’s home bring a gift such as chocolates or pastries. A handshake, with direct eye contact and a welcoming smile is standard. Maintaining eye contact is crucial as it indicates interest. Although punctuality is considered a good thing, guests are not expected to arrive on time for social occasions. Arriving between 15 and 30 minutes later than the stipulated time is considered on time.

Dress well – Dominicans take pride in their appearance and judge others on their clothing. People are extremely fashion conscious and believe that clothes indicate social standing and success. They take great pride in wearing good fabrics and clothes of the best standard they can afford. Designer labels, particularly those from the USA, are looked upon favorably.

Racial and economic issues determine social stratification in the Dominican Republic. People considered “upper class” are descended from the European settlers and have lighter skin than those considered “lower class” – darker skinned people descended from African slaves or Haitians. Status is defined more by family background than by absolute wealth. There is little social mobility.

The family forms the basis of stability. The individual derives a social network and assistance in times of need from the extended family, which generally encompasses three generations. Often several generations live in the same house. Loyalty to the family comes before any other social or professional relationship. The Dominican constitution guarantees freedom of religion. Over 90 percent of the population is Roman Catholic.