Customs and Cuisine of The Kingdom of eSwatini (formerly Swaziland) 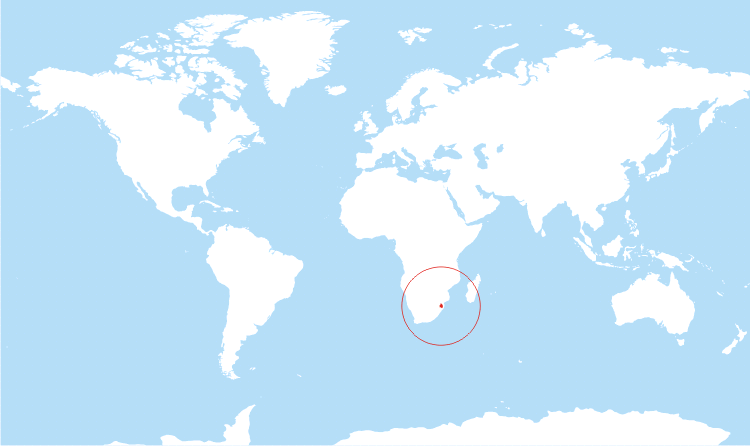 Customs and Cuisine of eSwatini

The Kingdom of eSwatini (formerly Swaziland until it was renamed in April 2018) is one of the smallest countries in Africa, smaller in size than the U.S. state of New Jersey. A landlocked country located between South Africa and Mozambique, its name is an homage to Mswati, revered as “the greatest fighting King” who ruled over eSwatini from 1840 to 1868. A British protectorate from 1903 until 1968, The Kingdom of eSwatini has been an absolute diarchy (with two co-rulers) since gaining independence.

Mostly mountainous in terrain, eSwatini is also home to a rainforest and savannahs to the east. The Great Usutu River is one of many rivers that flow through eSwatini. The country is divided into four climatic zones, the Highveld, Middleveld, Lowveld, and the Lubombo plateau. The climate ranges from tropical to temperate.

The people of this nation are known as liSwati (singular) and emaSwati (plural). When the nation was known as Swaziland, its people were known as Swazis and among some of the English-speaking that form of reference lingers. Ninety-seven percent of the emaSwati report an African ethnicity while 3 percent report a European ethnicity. A majority of the population identify as Christian (90 percent) while a small minority practice Islam (2 percent) and other faiths such as Baha’i, Buddhist, Hindu, indigenous faiths, and Jewism (8 percent).

The national population estimate as reported in July 2018 was 1,087,200. This is an estimate that takes into account the higher than typical mortality rates among the population. The high mortality rates are associated with eSwatini’s extremely unfortunate status as nation with the highest incidence of HIV/AIDS in the world, with over 28 percent of the population being positive for the disease. In this developing economy, this high disease incidence coupled with lack of resources, high rates of unemployment, and the vagaries of climate have stalled progress and created an environment of severe poverty with over 63 percent of the population being under the poverty line.

The severe poverty and lack of opportunities are two of the “push” factors that have historically promoted the outmigration of emaSwati males into neighboring parts of South Africa seeking employment in the mines. With the dwindling of opportunities in the mines (coal and gold), increasingly women are migrating for opportunities in trades in handicrafts. The settlement patterns are predominantly rural, with only 24 percent of the total population being in urban settlements. The official languages are SiSwati and English.

A traditionally patriarchal culture, the “homestead” is the main social unit. The “headman” (male head of household) is the financial and social authority of the homestead. The homestead is comprised of the headman’s hut and the huts of his extended family. At the center of the homestead is the cattle byre, a circular area with a log perimeter. The byre is the site of sealed grain pits and often times its size is a signifier of the wealth of the homestead.

Similar to other cultures around the world where the community is more the unit of focus (rather than the individual), marriages are seen less as a union of two individuals and more as the union of two families. While historically polygamy had been practiced in the region, the rise of Christianity as the faith that the majority ascribe to has been associated with the decline in polygamous unions. The King is however, still permitted to a polygamous union. Marriage within clans is prohibited.

The pattern of inheritance is patrilineal and producing offspring is considered an essential function of marriages. Traditionally infants were not recognized as having personhood until they reached the 3-month milestone. Names were not bestowed on the infant and they were recognized as being “things” that were not to associate with the males of the household. Following the successful completion of the 3-month milestone, infants were conferred personhood, but child rearing remained an essentially female role. Women wore the children in slings and breastfed until the child weaned, typically around 3 or 4 years of age. At around that age was when children were no longer always by the female caregiver’s side and were introduced to their peer group. By age 6, children were separated into social groups by gender and their training for gender-conforming roles begun. Much of this traditional way of living is changing but certain cultural rituals remain.

The Food of eSwatini

The eSwatini diet is based on tinhlavu (grains) and tibhidvo (vegetables). Inyama (meat) dishes are reserved for special occasions when dishes such as goat stew, roast leg of goat, or stuffed or roast free-range chicken are served. “Mealies,” a porridge made of maize or sorghum, is the staple. The often bland porridge is served along with spiced stews made with vegetables and leafy greens. Pumpkin, green beans, corn, spinach, beets, rice, and sweet potatoes are frequently used ingredients. Fruits that are readily available are mango, guava, paw-paw, banana, pineapple, sugar cane, and avocado.

Some of the popular dishes are emasi (sour milk) a fermented milk delicacy where raw milk from cows is fermented and strained, corn on the cob (roasted or boiled), Umncweba and umkhunsu (dried spiced meat, akin to jerky). Typical dishes are sishwala, a thick porridge served with meat or vegetable stew; incwancwa, a sour porridge made with fermented mealie meal; umbidvo wetintsanga, pumpkin leaves cooked with groundnuts; sidvudvu, a porridge made of pumpkin mixed with mealie meal, and tjwala, traditional beer.

The liSwati Way of Life

Some observers note that some cultural traditions in eSwatini have survived and thrive despite the rapid modernization observed in other parts of this continent. Men and women still dress in the same colorful robes of the style their ancestors wore. Women often wear their hair in the “beehive” do and men bear the traditional axes.

The eSwatini are famed for the Umhlanga Reed Dance which is traditionally held every year during an 8-day ceremony in August or September. Unmarried women dance with reeds for the Queen Mother, with records indicating that the number of women performing could be up to several thousands. The Incwala dance ceremony happens during the summer solstice where young men perform for the King.

Cows are prized and often the currency for things of value, be it purchase of property or securing a bride. eSwatini has some of the more rigorous conservation laws and consequently the lowest poaching rates in the region, rendering it a haven for wildlife. Rhinos (Black and White) are especially abundant in the Mkhaya Game Reserve.