Customs & Cuisine of the Dominican Republic
← Return to Project

Customs & Cuisine of the Dominican Republic 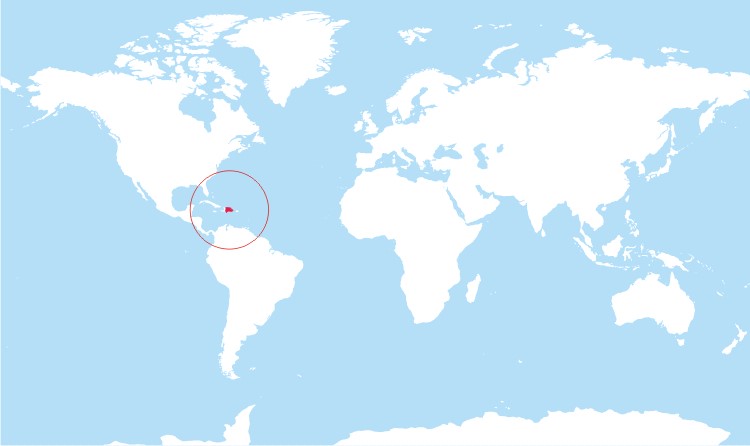 Customs and Cuisine of Dominican Republic

Location: The Dominican Republic is located in the Caribbean. It is the eastern two-thirds of the island of Hispaniola located between the Caribbean Sea and the North Atlantic Ocean.

Name Origins: Named Hispaniola (Little Spain) by Christopher Columbus in 1492 it would later be known as Santo Domingo after the city that was the capital of the Spanish New World. In 1844, when Santo Domingo declared independence, it would be known as the Dominican Republic.

Population: The population of the Dominican Republic per July 2021 estimates was 10.6 million.

Religion: Christianity is the dominant faith with about 47.8 percent professing the Roman Catholic faith and 21.3 percent reporting as being of the Protestant faith. Some 28 percent report no religion while a small percentage are adherents of Judaism.

Language: Spanish is the official language and the language most commonly in use in the country. English is fast becoming the second most used on account of the increased migration between US and the Dominican Republic and repatriates. French Creole is spoken among Haitian Dominican immigrants.

The Dominican Republic (DR) is divided into 31 provinces and one National District, which are further subdivided into 158 municipalities and 231 districts. Overall, the country is divided into three macro-regions: Cibao, South and East. The DR is surrounded by two bodies of water, the Atlantic Ocean on the North Coast and Caribbean Sea on the South. It shares the island Hispaniola with Haiti.

The country is best known for its beaches, especially its resorts in Punta Cana. Additionally, on the North Coast, there are many beautiful beaches in the Puerto Plata and Samaná provinces and, on the South Coast, in Boca Chica and Juan Dolio that attract both local and international tourism. There are other attractions beyond the beaches. Just within the capital (Santo Domingo), there are spectacular sights, like Tres Ojos, a set of underground caves with lakes full of bright blue water, and Zona Colonial, the first European city in the New World.

About an hour east of Santo Domingo is San Pedro de Macorís, a town famous for baseball and its players. San Pedro boasts five of the 30 Major Leader Baseball (MLB) Academies in the DR. Fun fact: in every MLB season since 1999, Dominicans have made up 9 percent of the active rosters, more than any other country except the United States!

An hour west of Santo Domingo is San Cristóbal in which there are the winding rural roads of pueblos (“towns”) like Villegas and Hato Damas, filled with brightly colored homes and all sorts of farm animals. Venturing farther, in just two and a half hours, there is Constanza, a town with one of the highest altitudes in the Caribbean region (1,200 meters). Constanza offers valleys of pine trees, temperatures down to the single digits (Celsius) and mountains overlooking vegetable fields. Some even say they’ve seen snow fall in Constanza.

The Dominican Republic has had one of the most explosive urbanization rates in the late 20th century. While only 25 percent of the population lived in cities in 1950, by the late 1990s more than 67 percent of the population lived in cities. The capital city, Santo Domingo, grew and expanded into formerly rural zones spurring the growth of informal settlements. Income inequality, high unemployment rates, and underemployment are some of the long-term challenges that the Dominican Republic continues to face. Income inequality is, in fact, very stark, per the latest estimates, the poorest 50 percent of the population received less than one-fifth of GDP, while the richest 10 percent amassed nearly 40 percent of GDP. Another long-standing challenge involves the large number of refugees and stateless persons who migrate into the Dominican Republic. Per 2016 estimates, more than 133,770 people were reported to be stateless. Lately the Dominican Republic has become a transshipment point for illicit drugs that are being transported from South America to parts of the USA and Europe, presenting another challenge to the continued peaceful growth and governance of the country.

The ethnic makeup of the population of the Dominican Republic is predominantly of mixed African and European ethnicity. Some maintain that very few are descended from the indigenous Taino peoples since the Taino population was decimated by disease, warfare, and indentured labor soon after European settlement. Other scholars maintain that the Taino descendancy did survive, both in the form of its direct and indirect descendants and in terms of the culture.

Early immigrants included the colonizers, the Spaniards, as well as those from East Asia and parts of Europe such as France, Italy, England and Germany. A small percentage were from the Middle East. The origins of the Black population of the Dominican Republic are hypothesized to be based on enslaved people brought in from West Africa during the Spanish colonial times to work the mines and sugar plantations.

Social stratification is along racial and economic lines, the two often mutually dependent. Those who constitute the upper class are typically descended from the European settlers and have lighter skin. Those who constitute the lower class are often darker skinned and descended from African slaves or Haitians. Those of the middle class are typically of mixed African and European ancestry and form the majority of the population. Since social class determines what resources one can gain access to, this makes it a vicious cycle whereby there is little to no social mobility.

Under Dominican law, women in the Dominican Republic are to be afforded equal rights and property ownership. In reality, the “machista” tradition continues to survive, whereby men are considered superior, and their machismo nature is celebrated/tolerated requiring women to be submissive and subservient. The role of the woman still tilts toward that of the housewife who cooks, cleans, keeps house, and bears and raises children. In a culture where the notion of a working woman is frowned upon, women are beginning to fight for more opportunities for education and employment. However, they continue to be paid less and are often employed in positions that are along gendered lines and/less desirable to males. The Dominican Republic is one of few countries in the world that completely bans abortion, without even the provision for saving the maternal life.

Dominicans are known for their fondness of fried food. Fried dishes such as carne frita (fried pork chunks) or chicharrones de pollo (Dominican fried chicken) are popular and eaten with plantains dipped in salt water and fried in vegetable oil. Meat or seafood stewed in a tomato sauce with garlic, olives, onions and cilantro are said to be prepared a la criolla or guisado.

Coconuts are a prominent ingredient in the island cuisine and is used variously in different dishes. Pescado con coco, is a popular seafood dish where fish is stewed in coconut and tomato sauce. Rice is a staple and eaten as the main at lunch and dinner. Known as la bandera “the flag”, a rice, red beans, meat and plantains dish is considered the most popular dish in the island and the national dish.

A plato típico (“typical dish”) usually includes rice, beans, salad and an animal-based protein of choice (usually chicken, beef or pork). This dish is available in any and all parts of the Dominican Republic, often for as little as $2. Other local cuisine includes tres golpes, which is eggs, salami, and fried cheese (usually accompanied by mangú (“mashed plantain”); sancocho, which is a stew; and tostones, which are twice-fried plantains. To accompany the food, people may enjoy a Presidente, the national beer; morir soñando, a milk- and juice-based drink; or anything with chinola (“passion fruit”). Meals are an integral and incredibly important part of the day in the Dominican Republic. Meals are a time when families put work aside, share what is going on in their lives, and tell stories and make jokes. Meals can last for hours, and they are never rushed.

THE DOMINICAN WAY OF LIFE

The Dominican Republic is a collectivist society. There is a close, long-term commitment to the member group, and everyone takes responsibility for fellow members of their group. There is very low geographical mobility: where a person is born is often where they remain and live for most or all of their lives. Relationships are of critical importance in the Dominican Republic, and Dominicans work hard to preserve and invest in them. Whether long, intense workdays or relaxing beach getaways, Dominicans will be playing music and dancing, and they will be embracing one another.

The Dominican Republic is considered one of the warmest countries one could experience. This doesn’t just refer to the high temperatures (and the humidity can be quite intense), but it also refers to the people. Dominicans invite others into their homes, into their families and into their hearts no matter what their living situation is. Dominican families, no matter what their access to resources may be, will invite visitors in and will be grateful for and humbled by the visitor taking the time to see where and how they live. All over the country, visitors are made to feel that they are in a place that is their home. Dominicans take pride in their appearance and see what one wears as an indicator of one’s success and standing in life. So considerable attention is paid to making sure one is always well attired and in the latest fashion.

It is said that the five touchstones of the Dominican way of life are: family, hospitality, music, food, and religion. Dominicans end their day by informally joining together and breaking into dance in front of neighborhood convenience stores called colmados. While traditionally the sounds of merengue and bachata would ring out of the colmados, today sounds of hip hop and reggae join the traditional forms. Religion is a major force in the Dominican’s moral life; however, it is not what governs their decisions on other matters. Also, religious freedom is not just preached but practiced.


Special thanks to DREAM for providing some of the source material.