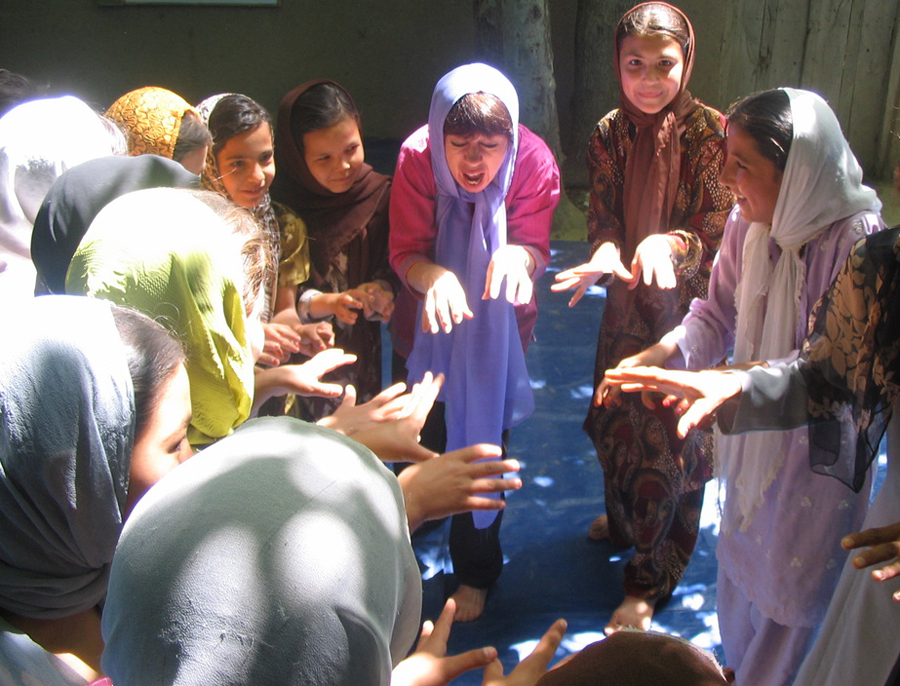 “Theater is a form of knowledge: It should and can also be a means of transforming society.  Theater can help us build our future, rather than just waiting for it.”
— Augusto Boal, Brazilian playwright and director

Traditional theater engages the audience as spectators of the action on stage. Performances can sometimes motivate future action by a community, but they are not designed to create empowerment or sustainable change.

Augusto Boal, a Brazilian playwright, developed a participatory theater process in 1971, naming it  The Theatre of the Oppressed (TO).  Influenced by his contemporary, Paulo Freire, a Brazilian lawyer and educator who revolutionized education for the poor and disenfranchised, Boal sought to transform theater into an empowering dialogue.

Boal devised various techniques of performing theater with oppressed communities with the goals of liberation and transformation.  He brought spectators into active roles with the drama, encouraged them to comment on the social situations they saw presented and to suggest possibilities for change. Boal claimed that individuals had to change from spectators into actors – ‘spect-actors’ – to explore, analyze and transform the reality in which they are living.

Originally developed from Boal’s work with peasant and worker populations, these techniques are now used globally for social and political activism, conflict resolution, community building, therapy, and civic action. Designed for non-actors, the techniques use the universal language of theater as a springboard for individuals and communities to investigate their lives, identify their dreams, and reinvent their futures.

“Perhaps the theater is not revolutionary in itself, but it is surely the rehearsal for the revolution”
— Augusto Boal, Brazilian playwright and educator

Boal’s Theatre of the Oppressed has expanded into a range of techniques worldwide, all of which are designed to motivate the spectator to become an active contributor to the dialogue onstage and help search for new collaborative ways forward.

Newspaper Theatre was the first form developed, with the specific goal of dealing with local problems in Rio de Janeiro. Devised to give the audience a way to transform daily news articles into theatrical scenes, the form used a variety of strategies including: 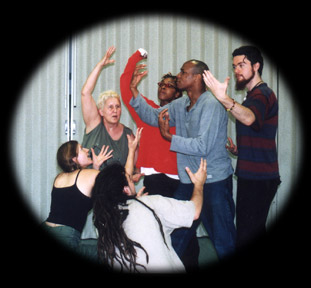 Image Theatre
calls for an individual to think of a particular problematic situation or theme and then “sculpt” the rest of his group members into an image representing that theme.  The idea is to portray thought in a concrete form, without language – a type of charade.

Each word has a common meaning as well as a connotation that is unique for each individual. For example, different people have their own interpretation of “revolution” and demonstrating such an idea provides a clearer understanding of their intention when shown rather than explained.

First, the group represents the actual situation, then the ideal situation and finally a transitional image to show how to achieve the ideal.

Forum Theatre is similar to Image Theater.  The group chooses a situation related to a social problem.  They then act out a skit based on it.  Audience members are invited to participate in the scenario to propose a solution to the problem.  Many social programs in Latin America develop interactive social dramas based on this model to increase the awareness in communities of public health problems, environmental issues and women’s rights, among other topics.

The audience participates actively in the story and actors socialize with the audience. Participation ranges from supplying performance/story suggestions to the actors at specific points to becoming full ‘spect-actors’ in the drama. The ‘spect-actors’ frequently join the play by adding themselves as new characters or replacing older characters and then interacting with the actors to find a solution.

The Rainbow of Desire is a family of theatrical techniques called “the Boal method of theater and therapy.” Typically conducted as a workshop, the program replays situations from our everyday lives and reveals invisible elements of our relationships, such as emotions, mental obstacles and desires.  Sessions begin with games that develop a vocabulary and build group dynamics, then move into sharing stories and choosing one to be acted out. The workshops strive to overcome ongoing oppressions, transforming individuals, relationships and society as a whole.

Legislative Theatre was created by Boal when he was a city councilman in Rio de Janeiro. He wanted to give voters the opportunity to voice their opinions — to open up a dialogue between citizens and institutions so there would be a balance of power between both groups. Boal called this type of legislative process a ‘transitive democracy’, which lies between direct democracy and delegate democracy. It is similar to Forum Theater, however, the subject of the production is based on a proposed law to be passed. ‘Spect-actors’ may take the stage and express their opinions, thereby helping with the creation of new laws. Some 13 laws were created through Legislative Theater during Boal’s time in government. The technique has since been used in countries including Canada and the United Kingdom.

“The most important thing about the work is unity and respecting each other. Art is not such a thing where you can do it as individuals. It is a group work.”
– Maryam, Bond Street Theatre Workshop participant

Participatory theater’s common ground is dialogue. Made for and by the community, it engages people to identify and analyze issues, and then together think about how change can happen — particularly how relationships of power and oppression can be transformed.

“Theater gives voice to the voiceless and provides them with a safe environment and the creative tools to explore and address critical problems that can directly improve their lives and their community.”
— Joanna Sherman, co-founder, Bond Street Theatre

“More than empower the powerless, we help those in debilitating situations to discover their inherent power, use their voice, and motivate them to positive action.” – Bond Street Theatre

The Equinox School (Escuela Equinoccio) in San Salvador has used participatory theater to explore the limitations of cultural ideas of masculinity with groups of men and boys. The goal is to reduce community and family violence by beginning a process of cultural change and reconsideration of what it means to be a man.

The Mentors in Violence Program is an approach to gender violence and bullying prevention that was first developed in 1993 at Northeastern University’s Center for the Study of Sport in Society. The program was initially designed to train male college and high school student-athletes to use their status to speak out against rape, battering, sexual harassment, gay-bashing, and all forms of sexist abuse and violence. Mentors use facilitated workshops about gender identity and violence for younger students, scripting and acting out scenarios.  Developing skits about issues such as peer pressure gives participants ownership over the process and involves spectators in dynamic discussions throughout the interactive performance.  Participation in such performances through interaction, dialogue and reflection increases awareness about sexual harassment, comfort levels of discussing sexual harassment and the likelihood of intervening in such situations as bystanders. 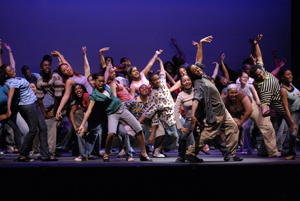 The Possibility Project
brings together vastly diverse groups of teenagers in New York City to meet weekly for a year. Through a combination of issue-oriented discussions, trainings in diversity, conflict resolution, leadership and community activism, instruction in the full range of performing arts, and the creation of scenes and writing, the teens write, produce and perform an original musical based on their lives and their ideas for change. The scripts address problems they experience in their daily lives, including violence and sexual harassment. In addition, they design and lead community action projects to take their creative vision for change into the world.

Theatre of the Oppressed – Augusto Boal, Brazilian artist and activist, wrote this book in 1979 to challenge the premise of Western theater and to propose a new type of drama that bridges the gap between theater and politics. It has been translated into more than 35 languages.

Legislative Theatre – Augusto Boal – an extraordinary experiment in the potential of theater to affect social change, Boal used this method to create a truer form of democracy in Rio de Janeiro.

The Rainbow of Desire – Augusto Boal – A handbook of exercises setting out techniques that ‘help us see the oppressions we have internalized’. This is Boal’s bold statement about the therapeutic ability of theater to liberate individuals and change lives.