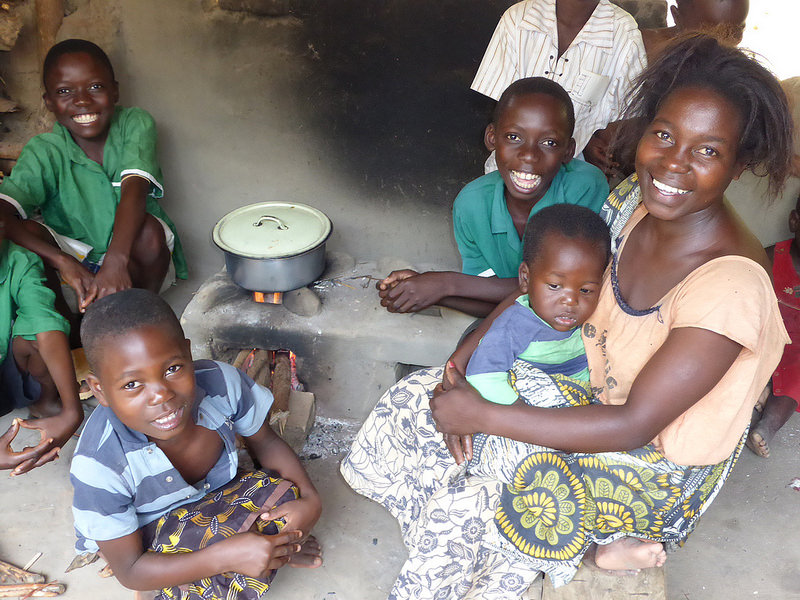 The mission of RIPPLE Africa is to improve the standard of education and healthcare, preserve and sustainably develop the environment and create opportunities for the local communities in the Nkhata Bay District of Malawi. The Changu Changu Moto project will provide 3,000 low-tech, 100 percent sustainable, fuel-efficient cookstoves, built together by women beneficiaries and trained community volunteers.

More than 95 percent of the population in Malawi uses wood or charcoal for cooking. This heavy reliance on solid fuel for cooking has negative repercussions for the millions of people who cook using traditional open fires.

The World Health Organization estimates that 4.3 million people worldwide die prematurely each year from illnesses directly attributable to household air pollution caused by the inefficient use of solid fuels. Day in and day out, for hours at a time, women and their small children breathe in amounts of smoke equivalent to consuming two packs of cigarettes per day.

Along with respiratory issues, burns pose an additional health risk, with both women and children regularly suffering burns from accidents related to hazardous open fires.

In Malawi, social norms dictate a division of labor in the household based on gender, with cooking, cleaning, fuel wood collection, childcare and managing basic household expenses deemed a woman’s responsibility.

Using a Changu Changu Moto stove will save women as many as 10 hours per week that would normally be spent collecting wood – time that might be spent on educational or economic activities. With many development and humanitarian organizations citing a link between fuel-wood collection and the incidence of rape and sexual assault, any intervention which limits the time a woman has to spend alone in remote areas reduces the likelihood that she too may be victim to sexual and physical violence.

For poor families who buy their wood, the stove means an immediate and substantial savings. Reducing the demand for fuel wood also has a significant impact on the problem of deforestation, which is occurring at an alarming rate across the entire country of Malawi, resulting in a multitude of associated problems, including a reduction in rainfall. 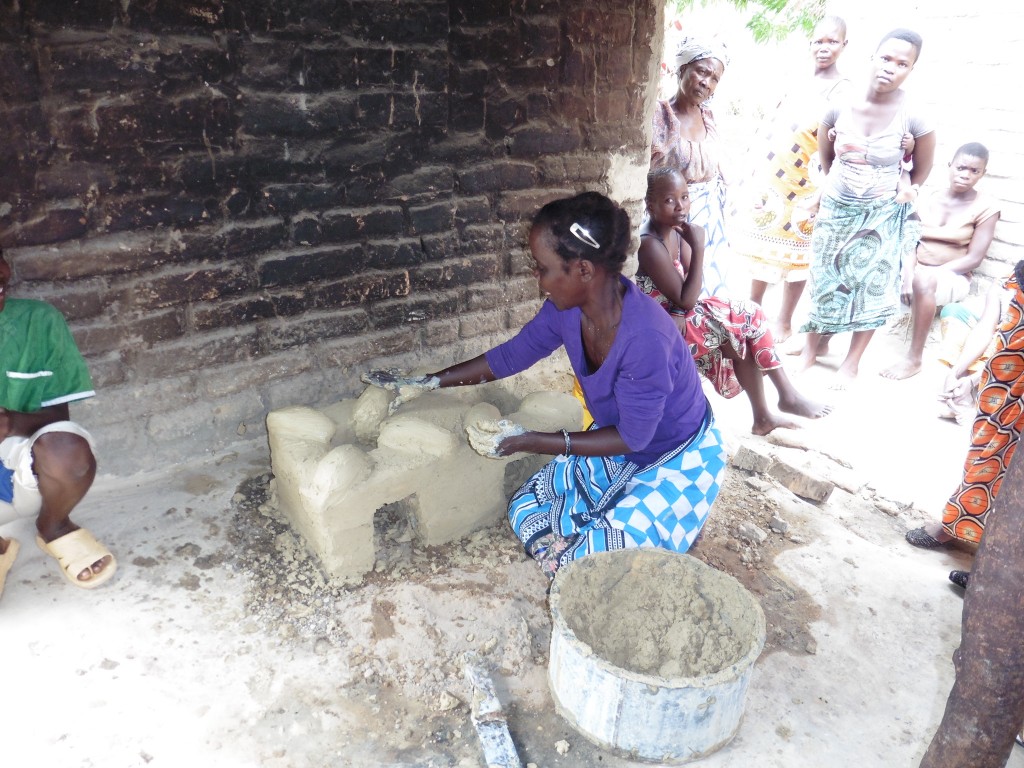 RIPPLE Africa’s Changu Changu Moto project promotes the use of a low-tech and sustainable fuel-efficient cookstove model that reduces household wood use by 66 percent. Made from 26 mud bricks and a mud mortar mix (sand, manure, mud and water), the stove takes just one hour to construct and is made from 100 percent locally sourced materials. The stove has two burners which are heated with small amounts of wood. The bricks heat and stay hot for longer than would pots on an open fire. The stoves also produce substantially less smoke than traditional open-fire cooking.

Changu Changu Moto means “fast, fast fire” and is a culturally appropriate double wood burner perfectly suited to Malawian cooking methods of preparing rice or nsima (cornmeal and water) in one pot, and vegetables or meat in another pot. Each cookstove is built directly in the kitchen of the user and replaces the need for the old traditional “three stone fire” used by the majority of Malawians. Providing the stove to households is just one aspect of the program, however. An equally important facet is the two-year monitoring process in which regular visits are scheduled to work with families to answer questions, ensure that they are using the stoves correctly, circumvent problems and ensure that the cookstoves become a way of life.

A two-year, $45,000 grant to fund the construction of 3,000 Changu Changu Moto fuel-efficient cookstoves in Malawi directly benefits 3,000 women recipients and an estimated 4,500 girls.  Indirect beneficiaries include men in each of the 3,000 households, as well as boys who stay close to their mothers within the kitchen when they are younger. From an environmental perspective, the significant reduction in wood use across 3,000 households would also have positive effects for entire communities and the natural environment on which people of all ages depend.

Why We Love This Project
These sustainable, efficient stoves can change the lives of the women and children of Malawi, providing a safer home, reducing the burden of daily living and contributing to environmental efforts. In addition, a strong effort will be made to recruit women as community volunteers and then to promote based upon job performance, not gender, encouraging the reversal of past discriminatory practices in the area.

RIPPLE Africa has developed and overseen the construction and monitoring of more than 30,000 fuel-efficient cookstoves. The organization aims to build one cookstove in every home in the Nkhata Bay District (40,000 homes), as well as selected areas of neighboring districts. 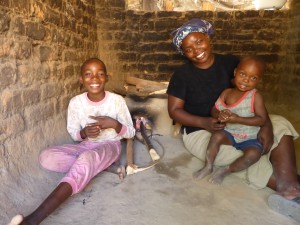 Jane: “I have had my Changu Changu Moto for three years and I love it because it is safer for my children, it produces less smoke and I use less firewood. I used three bundles of wood per week with my old three-stone fire but now I use one bundle with my Changu Changu Moto. I love this stove. It is efficient.” 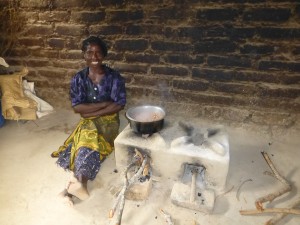 Allison: “The Changu Changu Moto is a good method of cooking because I cook two things at one time. On one side I can cook nsima and on the other side relish. It is ready in just a little time. I use only small amounts of firewood. There is very little smoke and my pots stay cleaner. I like it very much and will never go back to a three-stone fire.” 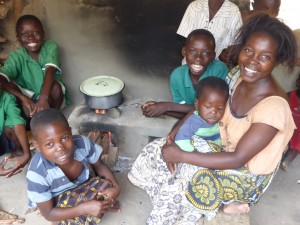 RIPPLE Africa is a not-for-profit organization registered in both the UK and the USA, with projects focused on the environment, education and healthcare in the rural village of Mwaya in the Nkhata Bay District of Malawi, Africa. Since its start in 2003, the organization’s overriding goal has been to empower communities so they can achieve a sustainable future. RIPPLE Africa’s philosophy of “providing a hand up and not a hand out” has been central to the charity’s ideology for more than a decade. RIPPLE Africa was founded by an English couple, Geoff and Liz Furber, as a small grassroots organization supporting local education and community projects in Malawi.

Although RIPPLE Africa began with humble roots, employing just a handful of Malawian staff and welcoming a few overseas volunteers to help, it wasn’t long before the needs of the community meant that RIPPLE Africa began to expand, growing one project at a time into the charity it is today. Currently, the organization has over 2,000 Malawians working on a range of projects affecting every aspect of life and ultimately having a tremendous impact on the local community.

Malawi is located in southeastern Africa, bordered by Mozambique, Tanzania and Zambia. It is about the size of Pennsylvania. It is one of the most densely populated countries in the world, with one of the youngest populations in Africa. The government is a multi-party democracy. The country exports tobacco, tea, sugar, cotton, coffee, peanuts, wood products and apparel. The economy is primarily agricultural.

More than 85 percent of the people live in rural areas and are subsistence farmers. Half of Malawi’s population falls below the national poverty line with an average income of just $310 per year. Only 74 percent of children complete a primary school education. Adult literacy rates are low – 72 percent for men and 51 percent for women. Life expectancy is 55 years. Access to basic services in rural areas is a particular challenge, and people are heavily reliant on the natural environment for their livelihoods and day-today survival.

RIPPLE Africa, UNICEF, The CIA World Factbook, The World Bank and The U.S. Department of State