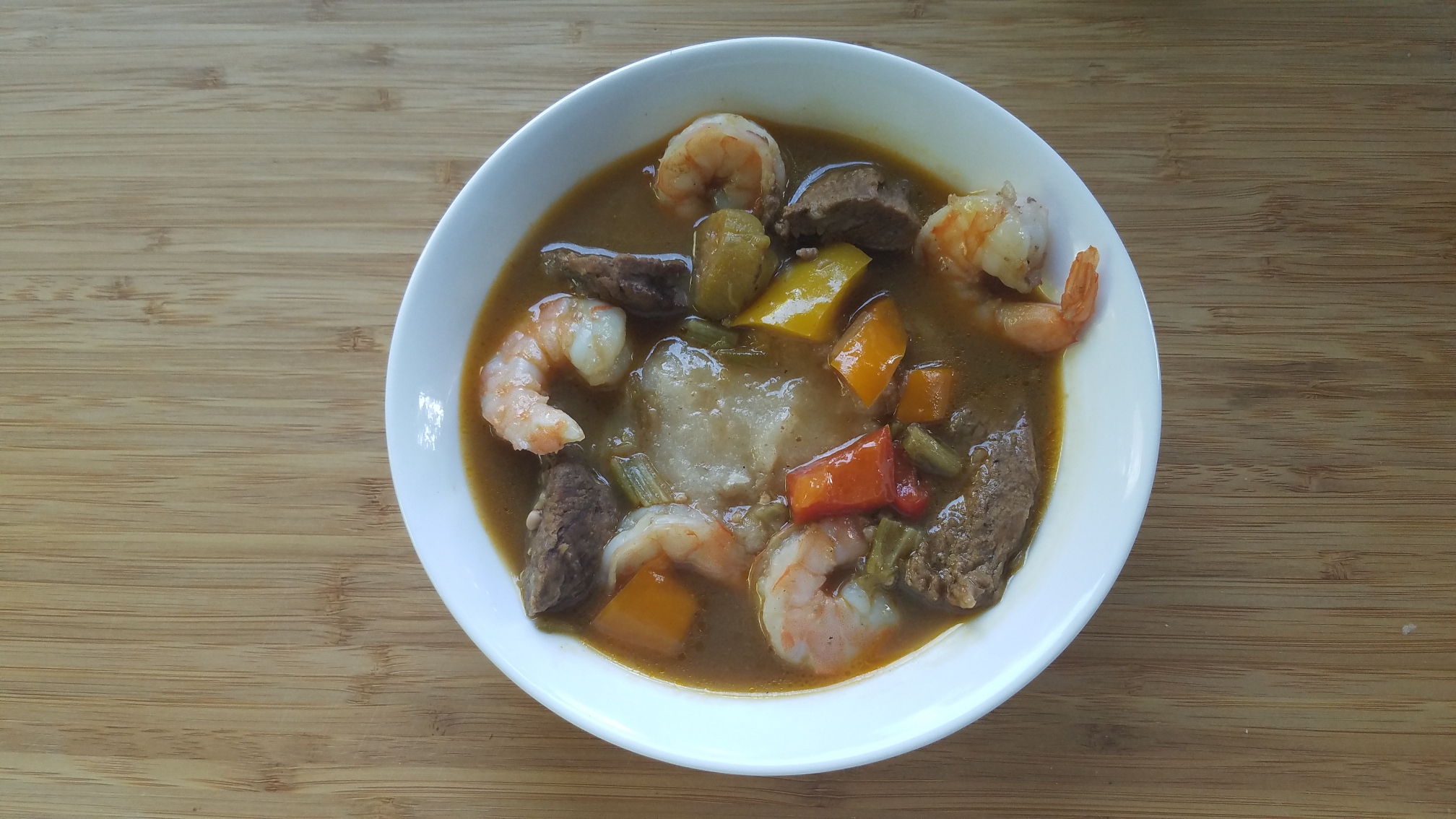 
Sauté the shrimp in the garlic and oil in a large soup pot, flipping once after 3 minutes. Remove shrimp from the pot when it is cooked (it will turn pink) and put aside. Add the onion and beef to the pot and cook until browned. Add the peppers and sauté until soft.
Add the chicken stock, scotch bonnet pepper, bay leaves and spices and bring the soup to a boil. Simmer until beef is soft, about 30 minutes.
Add the shrimp, okra and 2 c water to the soup and simmer on high heat for another 10 minutes. Remove the scotch bonnet pepper. Let the soup simmer on low heat until it is ready to be served.
Serve the hot pepper soup over Dumboy.

Dumboy
Bring water to a boil. Slowly pour the cassava flour into the boiling water and whisk vigorously to avoid lumps. Cook for 3 -4 minutes while stirring continuously. When the mixture has thickened remove from heat, allow to cool, and mold the dough into balls.