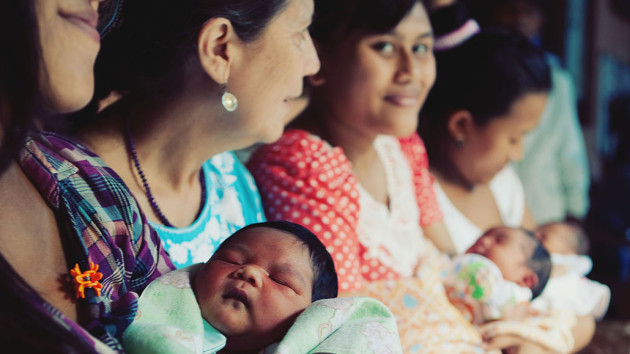 Childbirth continues to claim far too many lives

By Marcie Christensen and Donna Shaver

For many years, the accepted wisdom was that a woman died in childbirth somewhere in the world roughly every minute of every day, 365 days a year—for a total of 543,000 per year.  The vast majority of those deaths occurred in sub-Saharan Africa and Southern Asia.   Most were in rural areas, and among poor populations.  In 2008, a study published in The Lancet reported that the number had dropped to 342,000.  In May 2012, the World Health Organization (WHO), The United Nations Children’s Fund (UNICEF), the United Nations Population Fund (UNFPA), and the World Bank released a new study, showing that the number of maternal deaths had been nearly cut in half, dropping from 543,000 to 287,000 from 1990 – 2010.

Still, this means that every two minutes, a woman dies of pregnancy-related complications.  There are five common causes:

Most important to note is that 99 percent of maternal deaths occur in developing countries, and most could have been prevented with appropriate interventions.  Only half of women in these regions received recommended health care during pregnancy.

“In much of the developing world, women don’t even have the basic right to go and see a healthcare professional. It’s not even considered something that women should do. And that’s the attitude that is prevalent in so much of the developing world. So it’s discrimination and often it leads to death, so it’s discrimination to death.” — Sheryl WuDunn, co-author, Half the Sky

Bumi Sehat operates a clinic in Bali to provide access to quality healthcare and kind, hygienic, culturally appropriate childbirth.  Bumi Sehat believes that each baby’s capacity to love and trust is built at birth and in the first two hours of life. By protecting pregnancy, birth, postpartum care and breastfeeding, the midwives at Bumi Sehat are advocating for optimal humanity, health, intelligence, and consciousness. 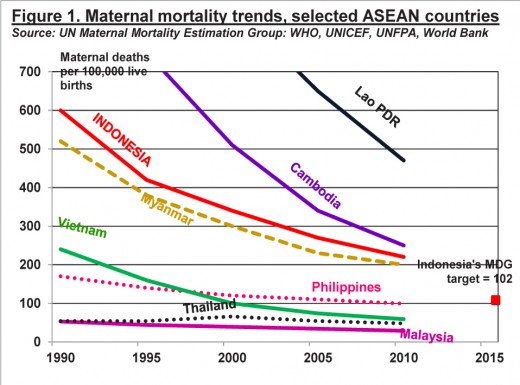 The lifetime risk of maternal death takes into account both the probability of becoming pregnant and the probability of dying as a result of pregnancy, accumulated across a woman’s reproductive years. Worldwide, the risk is 1 in 180 women, but the risk varies tremendously from region to region. A woman in Niger has a one in seven chance of dying from complications during pregnancy or delivery. That’s in stark contrast to the risk for mothers in the United States, where it’s one in 4,800 or in Ireland, where it’s one in 48,000.

Indonesia’s progress on maternal health has slowed in recent years. Its maternal mortality ratio has remained above 200 over the past decade, despite efforts to improve maternal health services.   The country’s 83 percent of births attended by a doctor, nurse, or midwife is a good indicator of progress, but only 63 percent of births take place in hospitals and clinics. Poorer countries in the region have shown greater progress in this regard. 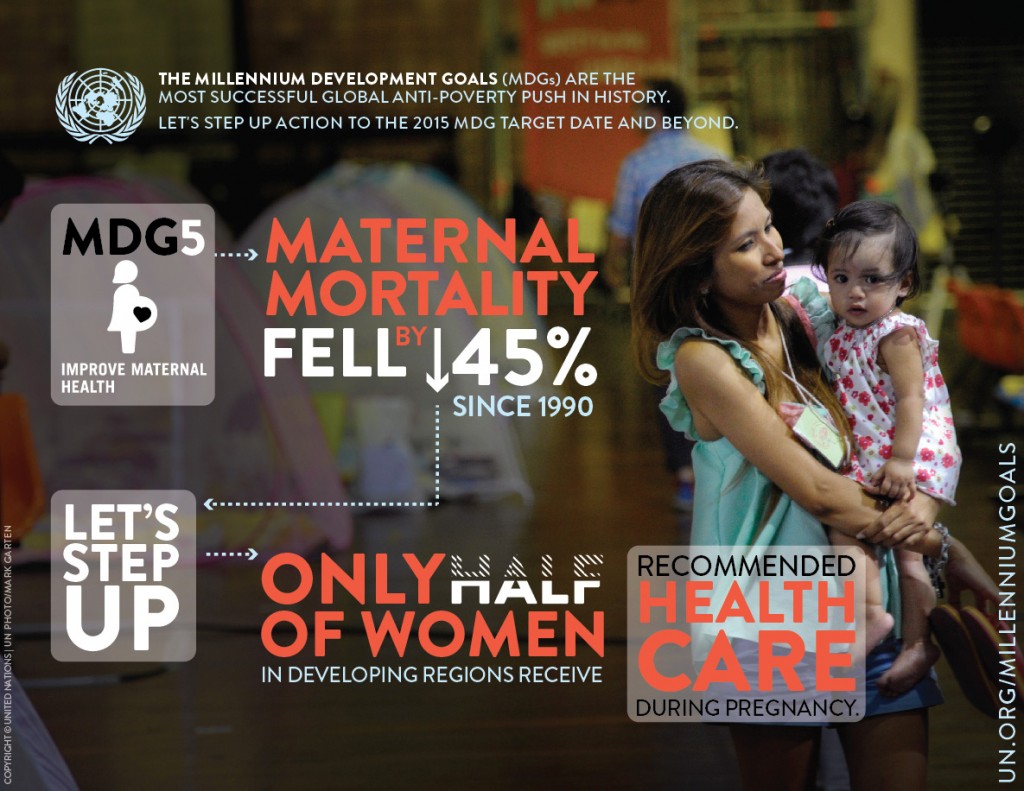 Millennium Development Goals and Beyond 2015

Target 5.B: Achieve, by 2015, universal access to reproductive health

Beyond 2015 is a global civil society campaign, pushing for a strong and legitimate successor framework to the Millennium Development Goals.  The campaign, created in 2010, is built on a diverse, global base. It ranges from small community based organizations to international NGOs, academics and trade unions. A founding principle of the campaign is that it is a partnership between civil society organizations from the ‘North’ and the ‘South’ – bringing together groups from developing, emerging and developed economies.

The ‘Values and Targets’ document provides a list of 40 targets which cut across Beyond 2015’s values. These targets will be a key advocacy tool for the whole campaign throughout the intergovernmental negotiations around the post-2015 agenda. Target 34 is “Ensure universal access to quality health services, including sexual and reproductive healthcare and rights, and covering both communicable and non-communicable diseases.”

This is your opportunity to contribute to the definition of our common positions going forward and of the lens through which Beyond 2015 assesses the High Level Panel’s and other UN actors’ reports and positions!

Note: Each year’s UNICEF State of the World’s Children report highlights a different topic. Statistics in this Food for Thought are from the 2014 report.