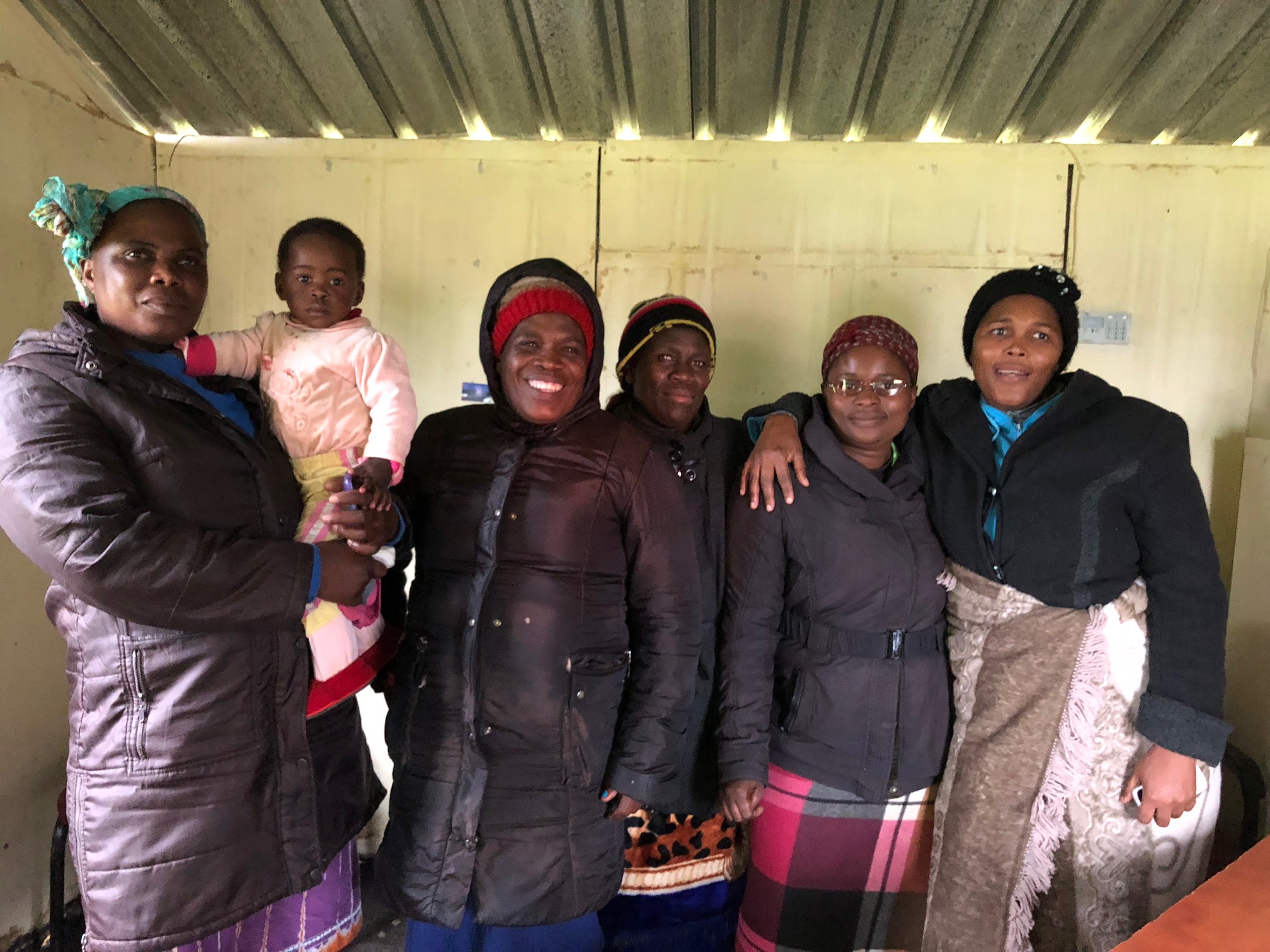 Young Heroes supports families of AIDS orphans in eSwatini (formerly Swaziland). It empowers eSwatini/Swaziland’s most vulnerable youth and their caretakers so they can achieve their fullest potential. That support comes through life-support grants, healthcare, HIV education, prevention, and care programs, educational support, and gender and economic empowerment programs. 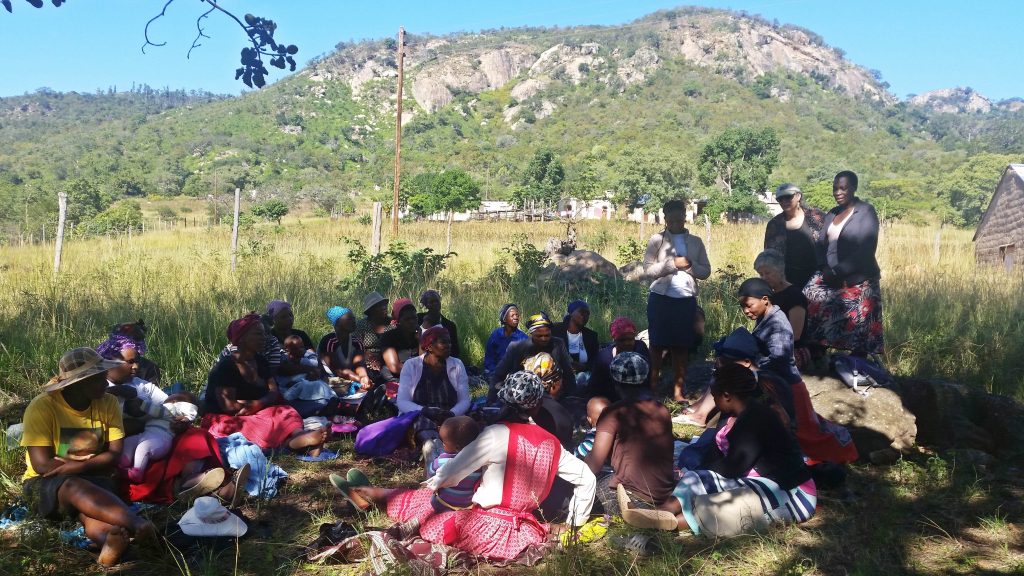 About 70 percent of Swazis live below the poverty line of $1 per day as subsistence farmers. This poverty is especially pronounced in the rural areas where Young Heroes works, and most especially among rural women. Over 44 percent of Swazi women are unemployed.

Rural people are often isolated from markets due to lack of funds for transport, information sources, and very limited employment opportunities. All these factors are aggravated by HIV/AIDS, which traps poor people in poverty and ill health.

At 27 percent of the population, eSwatini/Swaziland has the world’s highest rate of HIV/AIDS. This has caused the loss of an entire generation of adults in their prime and has created a generation of orphans. Nearly one-third of Swazi youth have lost at least one parent to the epidemic. As a result, there has been an increase in the number of female-headed households – especially those headed by older women – as grandmothers and aunts have assumed the responsibility of raising the children.

Women in eSwatini/Swaziland only gained legal rights as adults in 2005. As in many patriarchal, traditional cultures, Swazi girls were routinely denied education if limited funds could only support schooling for their brothers or male cousins. Also, women had little or no control over their finances upon marriage.

Taken together, this increased responsibility with less family support has led to serious poverty among women who have not had the opportunity to empower themselves financially. 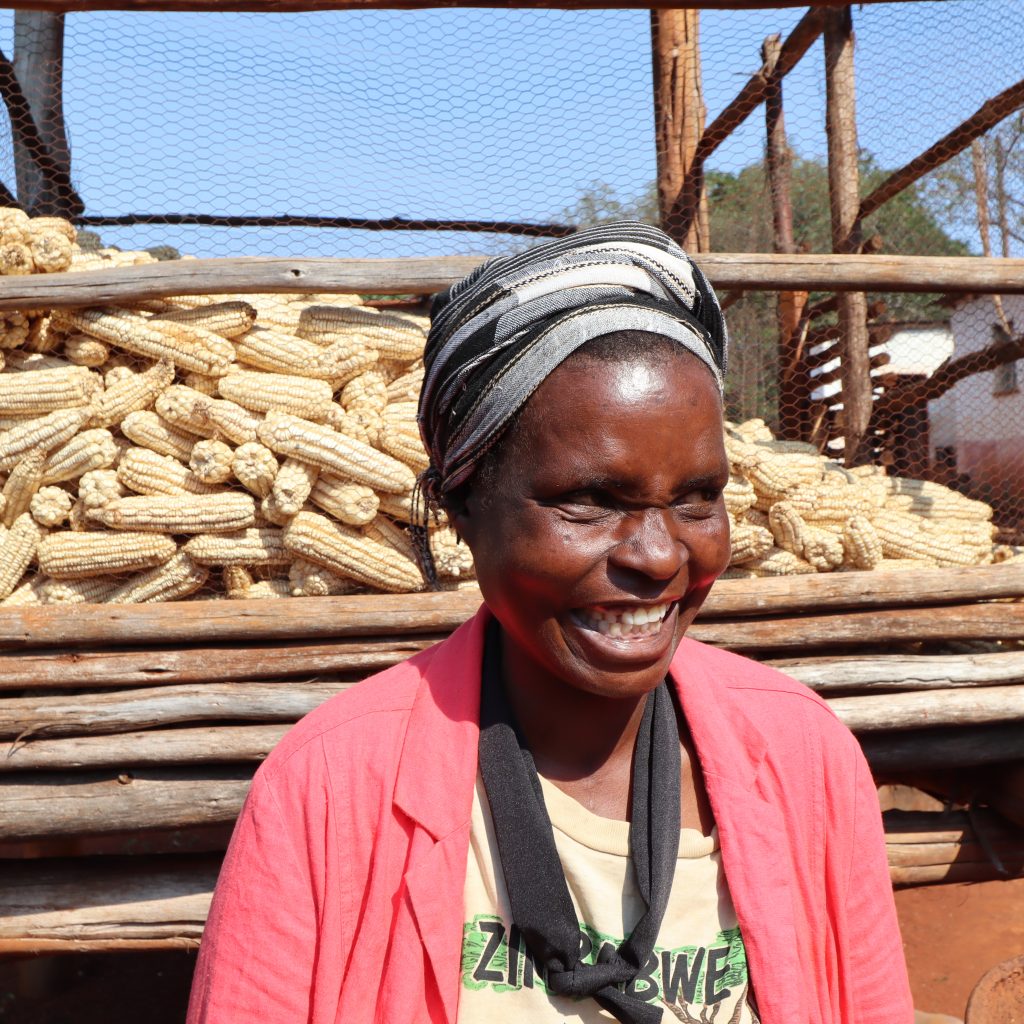 WORTH’s goal is to alleviate poverty by teaching rural Swazi women to be financially literate and by creating the opportunity for them to become microentrepreneurs so they can support themselves and their families.

There are two groups who benefit from Young Heroes’ work: orphaned children and their caretakers, the majority of whom are adult women. The children in the core programs are ages 19 and younger who have lost at least one parent to HIV/AIDS. They are predominately based in the rural areas, where subsistence farming is the occupation of more than 70 percent of the population. While some live in child-headed households, the vast majority are in the care of female relatives, particularly grandmothers, as HIV/AIDS has decimated the population of young adults. Young Heroes’ programs benefit these women by supplying funds to the homestead for the children’s needs and by creating projects such as WORTH that enable them to better support themselves.

The economic conditions of participating women and their children will improve as the women become financially literate and support each other in establishing microenterprises. This additional income will improve their families’ health via better nutrition and provide funds for household necessities and school tuitions. 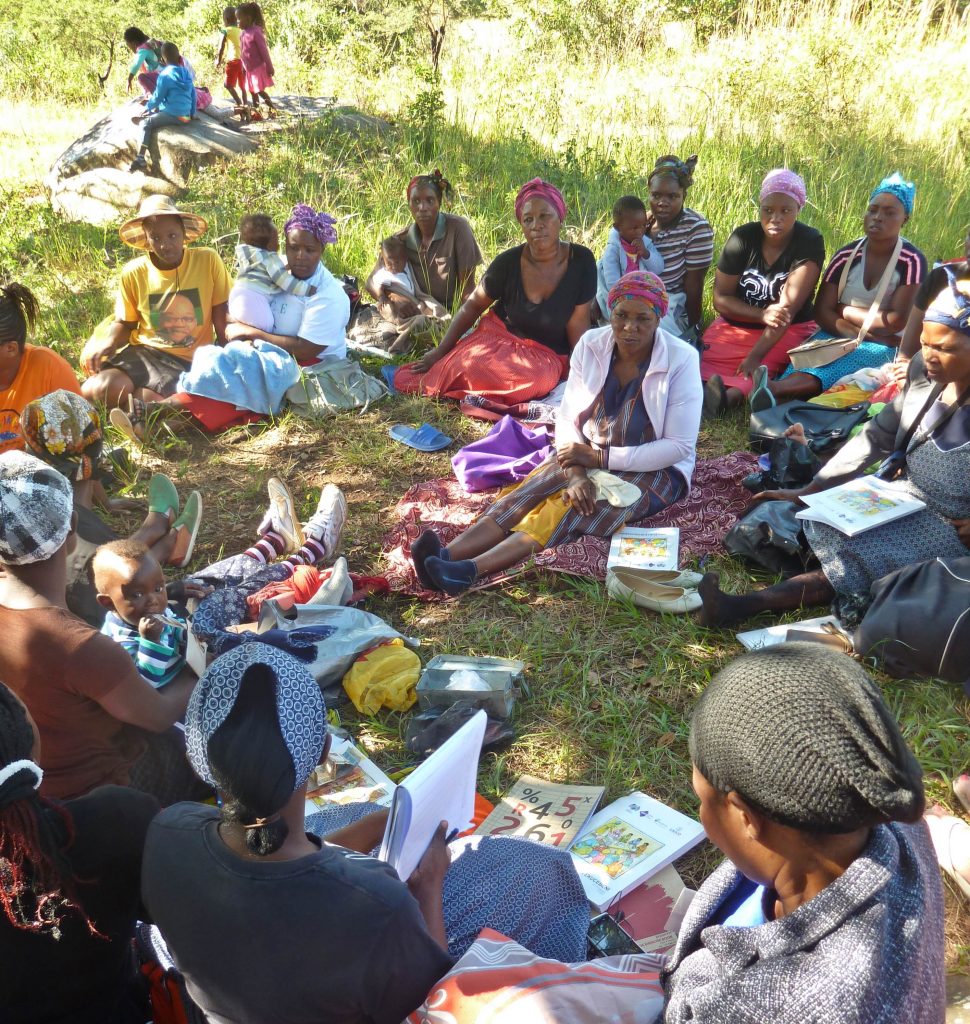 In the communities where WORTH will operate, Young Heroes will meet with the chiefs and councils to introduce the project. The chiefs will then call a meeting of all women who are caretakers of orphans and vulnerable children and explain the program. All of those women will be invited to join. They self-select by deciding for themselves if they want to participate.

The entire operation of WORTH groups is in the hands of its members, under the training and guidance of Young Heroes’ female project officers. Members themselves elect their Management Committee (Chair, Vice Chair, Secretary, and Treasurer). There will be a dedicated WORTH Project Officer from the Young Heroes’ staff, overseen by a Program Manager and supported by a Monitoring and Evaluation officer. They will train the members on financial recordkeeping, group management, and entrepreneurship. Monthly monitoring of the groups will take place by Young Heroes staff. At the end of the training, seed grants will be distributed to WORTH groups to allocate to the members they chose.

WORTH will directly serve 500 adult women who are caretakers of orphans and vulnerable children. Those indirectly impacted by WORTH are the orphans and vulnerable children who are in the care of the women members. According to the most recent Swazi census, the average family has three children. According to the 2018 CIA World Factbook, the gender ratio is 1:1. Therefore, 30 girls will indirectly benefit from each WORTH group, for a total of 600 for the whole program. 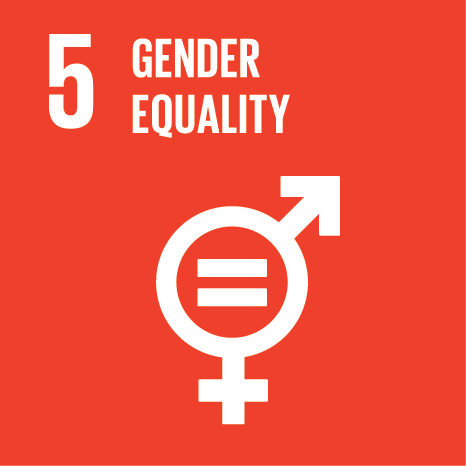 Why We Love This Project
We love this project’s focus on the female caretakers of AIDS orphans. It provides rural Swazi women with access to micro-loans in order to grow their microenterprises. The structure of the loans will allow the women’s groups to self-govern and grow their pool of funds. 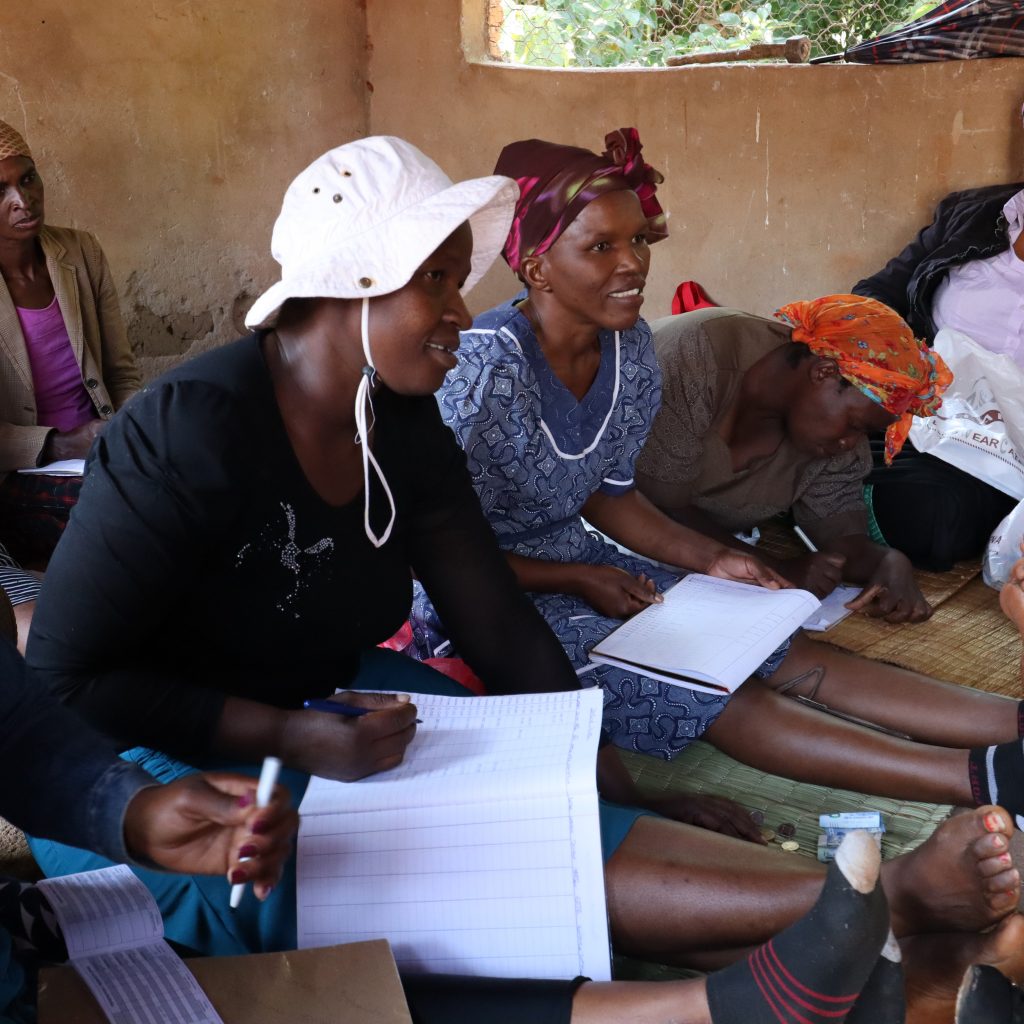 Young Heroes Foundation has received a Gold Seal of Transparency from GuideStar. They have been presented to UNICEF’s Global Orphan Alliance as a best practice that other countries should emulate.

In the last year alone, Young Heroes accomplished the following:

In addition, the WORTH program has specifically enrolled 2,600 female caretakers as members over three years. Together, they saved over $150,000 with which to support each other.

“I thought saving was just for large sums and didn’t know how to use a bank. Now I grow and sell sweet potatoes, avocados, and traditional clothing in the local market and know how to make budgets to prepare for the future.”

“WORTH took the stress away, we make money for ourselves and it’s beautiful. I hope to continue to save and do well for my family.” 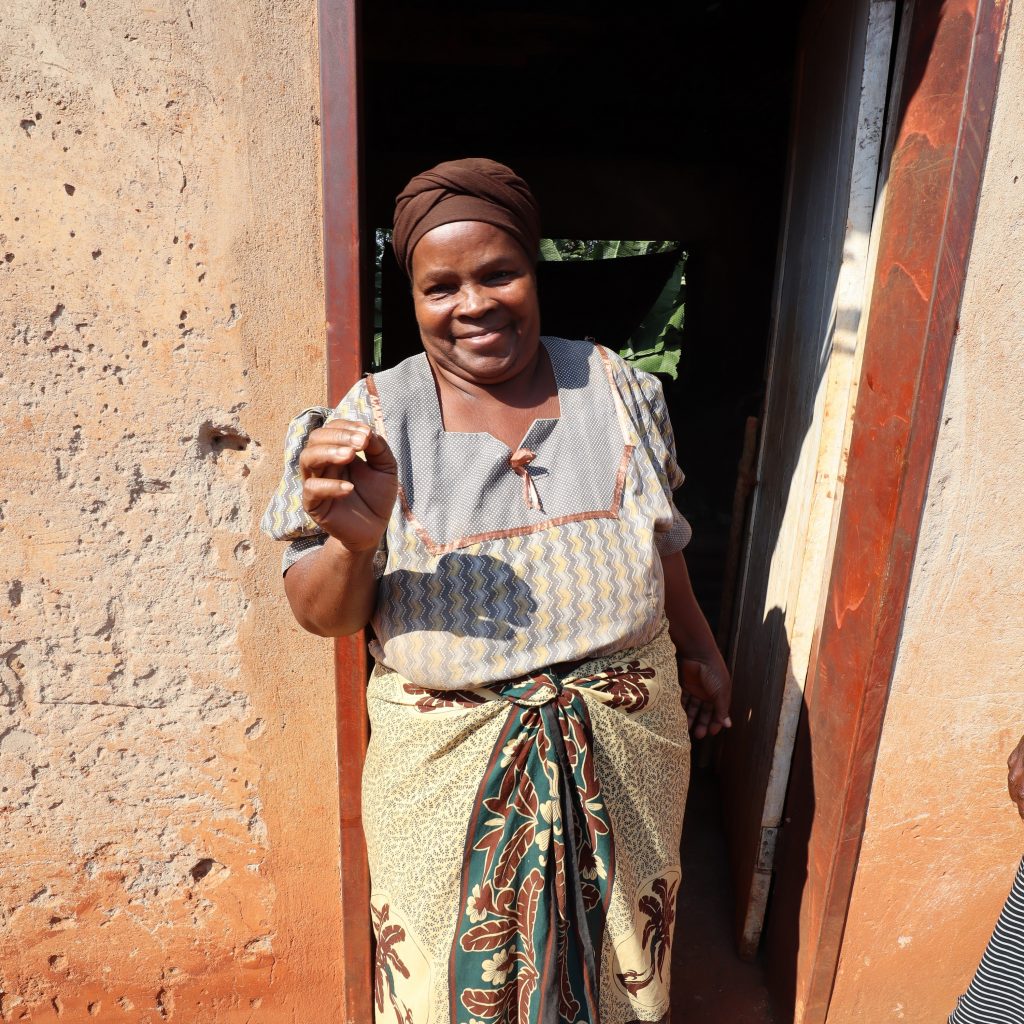 “I’m very thankful to Young Heroes who were so supportive over the years. It’s because of them that it’s possible for me to be where I am today.”

“I wanted to be self-employed, more independent, and assist in supporting my family. Now I bring income into the home. WORTH really helped me as an individual and I am very grateful to Young Heroes for bringing this project into our community. Mingling with other women opened my mind in so many ways.”

“I used the monthly allowance to buy toiletries but mostly, I used it for bus fare when traveling to school so I would arrive fresh and able to concentrate in class.”

Leaving a management position at The Wall Street Journal, Steve Kallaugher went to Swaziland as a Peace Corps volunteer in 2004 to fight AIDS in the country with the world’s highest rate of HIV. He was struck most by the plight of the many orphans and of the women – particularly impoverished grandmothers – who were raising them.

He established Young Heroes in 2006, working under the auspices of Swaziland’s National Emergency Council on HIV/AIDS (NERCHA). At the same time, Young Heroes Foundation, a 501(c)(3) nonprofit, was established in the US. Young Heroes remains the only organization in eSwatini/Swaziland that focuses on orphans and vulnerable children nationwide. Their original program linked orphan families with sponsors who provide monthly life support grants. Once sponsored, the children are guaranteed continuance through the age of 19.

In 2009, Young Heroes began their Healthcare Program, followed by a Skills Training Employment Program in 2013. In that same year, Young Heroes in Swaziland separated from NERCHA and became an independently chartered, non-profit NGO. In 2015, Young Heroes was chosen by Pact to undertake a three-year program funded by USAID and the President’s Emergency Plan for AIDS Relief (PEPFAR) in Swaziland’s Hhohho region. In early 2018, Young Heroes assumed the management of a network of more than 90 Neighborhood Care Points for orphans and vulnerable children (OVC). 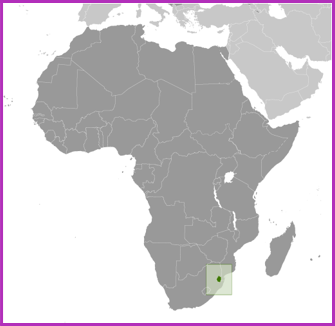 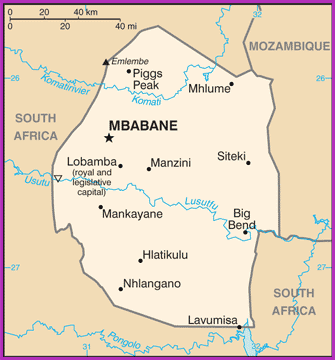 A small, predominantly rural, landlocked country, eSwatini/Swaziland is surrounded by South Africa and Mozambique. It suffers from severe poverty and the world’s highest HIV/AIDS prevalence rate. As of 2017, more than one-quarter of the adult population was infected by HIV/AIDS. A weak and deteriorating economy, high unemployment, rapid population growth, and an uneven distribution of resources all combine to worsen already persistent poverty and food insecurity, especially in rural areas. Erratic weather (frequent droughts and intermittent heavy rains and flooding), overuse of small plots, the overgrazing of cattle, and outdated agricultural practices reduce crop yields and further degrade the environment, exacerbating the country’s poverty and subsistence problems. The country’s extremely high HIV/AIDS prevalence rate compounds these issues. Agricultural production has declined due to HIV/AIDS, as the illness causes households to lose manpower and to sell livestock and other assets to pay for medicine and funerals. 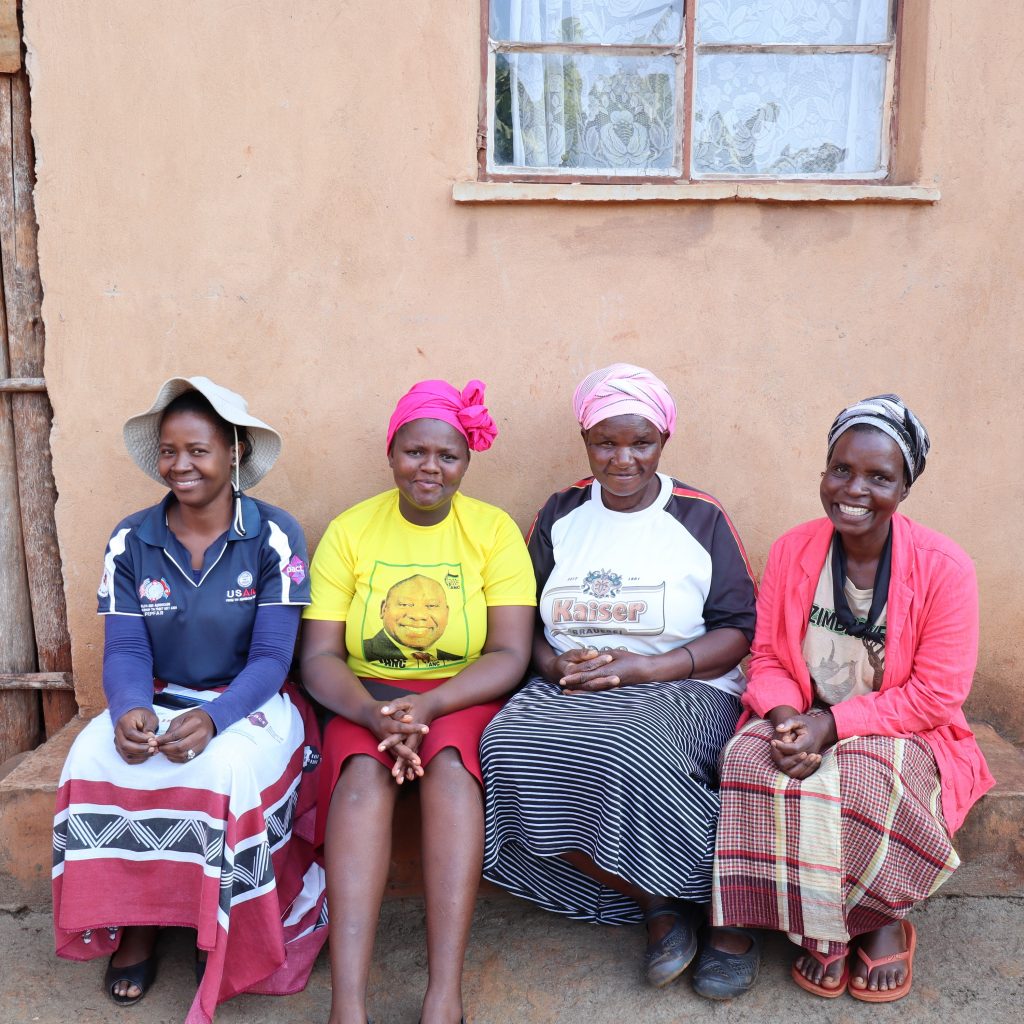 The median age in eSwatini/Swaziland is 23.2 years. Life expectancy for the total population is 57.2 years. The maternal mortality rate is 389 deaths/100,000 live births, and the infant mortality rate is 46.6 deaths/1,000 births. The literacy rate is 87.5%, about the same for women and men.

When parents die, family members – often older persons – are called upon to provide care for orphaned children. Up to half of the world’s 15 million AIDS orphans are being cared for by a grandparent. An estimated 15.7 million children in sub-Saharan Africa will have lost at least one parent due to AIDS.

The majority of older caregivers are women who face serious financial, physical, and emotional stress due to their belated caregiving responsibilities. In addition to the challenges of meeting orphaned children’s needs, grandparents face a variety of health problems usually associated with their advancing age. These challenges can impact negatively on the kind of care given to children.