On Day 3 of our amazing Dining for Women Rwanda trip, the major focus was gender equity. Some background: women are remarkably well-represented in the Rwandan government. When Rwanda ratified its constitution in 2003, they outlawed discrimination to prevent the ethnic persecution that resulted in the 1994 genocide. But beyond ethnic equality the constitution also established gender equality, and many new laws were enacted. The constitution requires that 30% of government decision-making positions be held by women. In fact, that target has been exceeded across the government: 64% of the parliament representatives are women – the highest percentage worldwide! 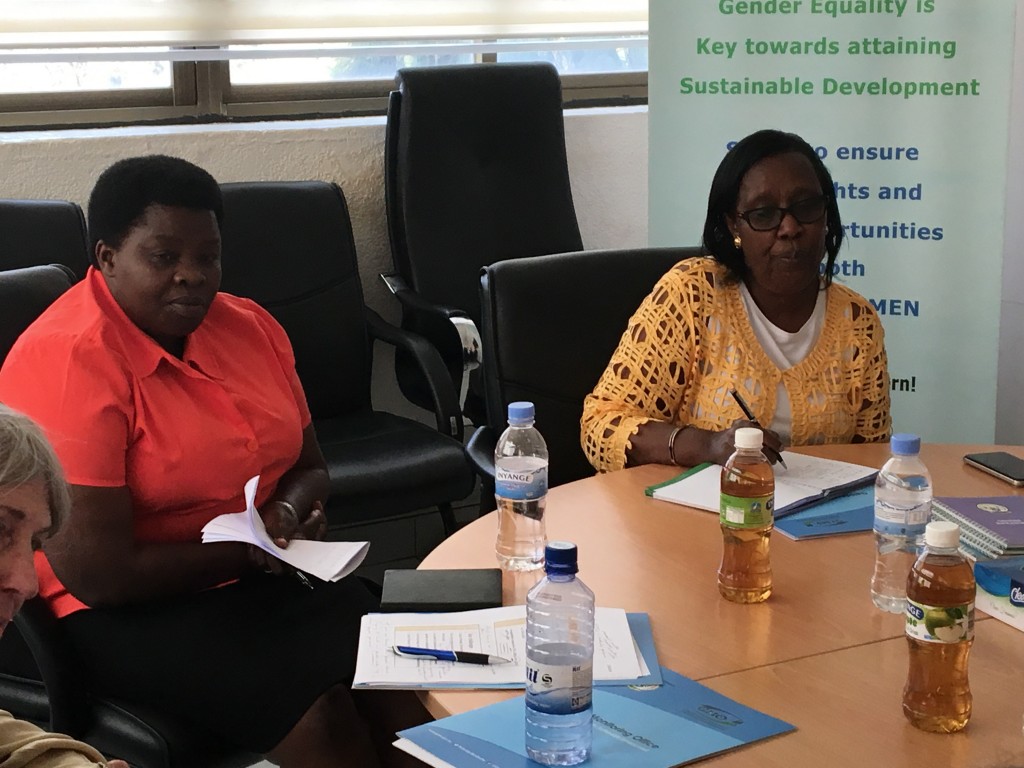 So the question is: where do Rwandan women stand when it comes to actual gender equality in their daily lives? We got some insight from several different angles.

We met with Rose Rwabuhihi, the Chief Gender Monitor for the government. She took us through all the new laws in areas such as education, access to finance, and land ownership. All good stuff. But she admitted that the country still faces challenges due to the cultural mindset of long-standing patriarchal attitudes. We could all relate to that, even from the U.S. Real social change tends to take time, although there are usually catalysts that accelerate those changes. Given that the population devastation of the genocide actually pushed women into public roles that had previously been male-only, it is clear that the tragedy has created that catalyst in Rwanda. 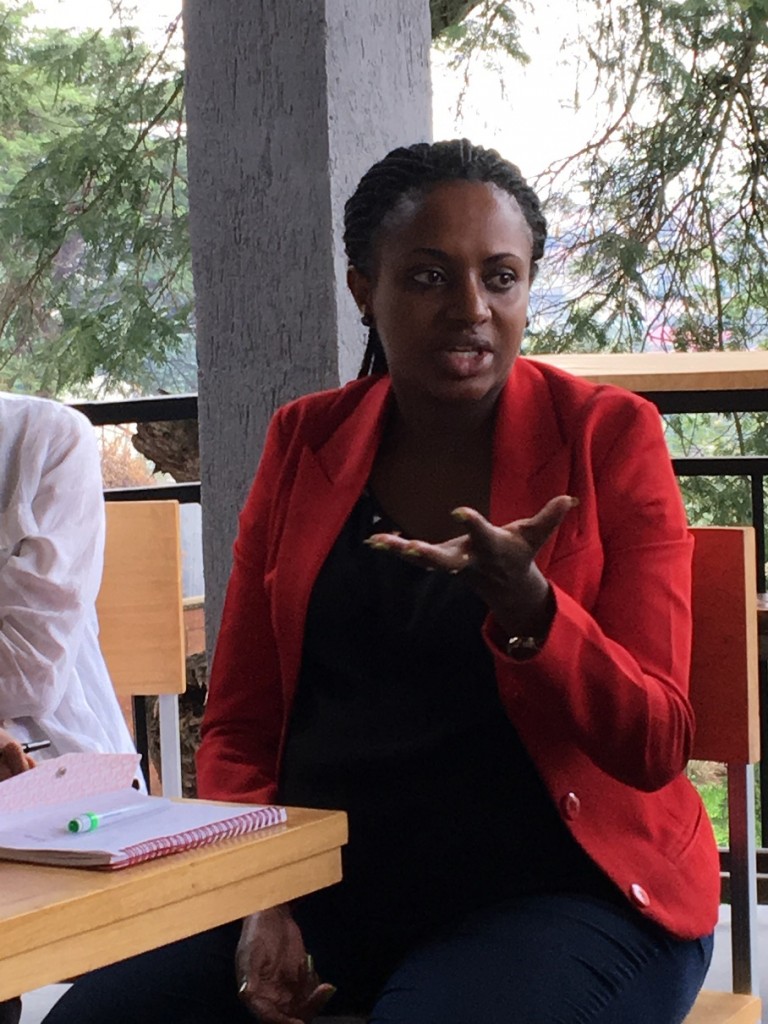 We also met with a young (31-year-old) self-described feminist named Chantal Umuhoza, co-founder of Spectra, an organization that focuses on women’s reproductive rights.  She is a passionate and articulate advocate for women. Her message was that the laws represent good progress from the top down, but her focus is changing attitudes from the bottom up. She does a lot of speaking and lobbying. As with our meeting with the government’s Chief Gender Monitor, I was impressed and honored to have spent time with her.

And to get the men’s perspective, we had dinner that evening with Jean-Claude Butera of the Rwandan Men’s Resource Center. His group was founded in 2006 and works to change men’s attitudes toward gender equality through public policy, campaigns, and mentoring of boys. Since no change in gender equality can happen without men’s buy-in, it was good to see that there are movements addressing it from the men’s angle. 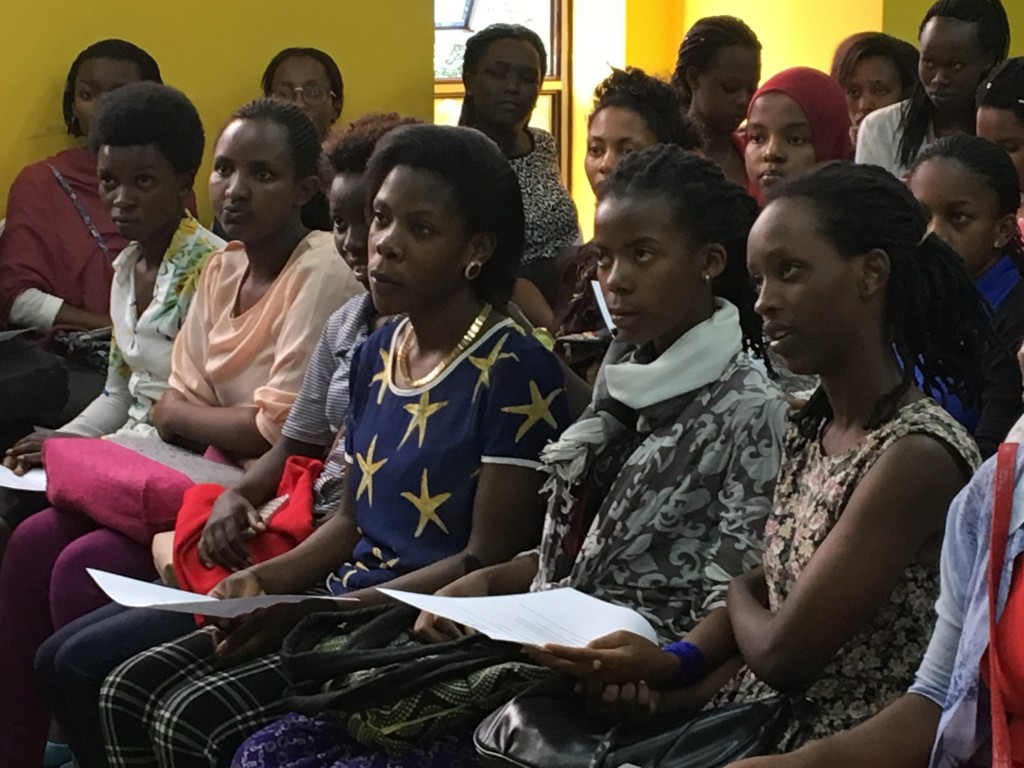 Adding to our jam-packed Day 3, we also spent a few hours visiting the Akilah Institute, the only all-women’s college in Rwanda. I’ve been aware of and a supporter of Akilah for several years now. Their model feels perfect for what Rwanda is trying to do to ensure economic empowerment for women. The students earn degrees in the fastest-growing sectors of the economy: business management, information technology, and hospitality management, and 88% of their graduates get well-paid jobs within six months of graduating. Beyond skills training, Akilah focuses on confidence-building and presentation skills to give students the professional edge they need to compete with men in the job market. We sat in on classes and an after-school club on entrepreneurship. It’s becoming clear that when more women are employed in good jobs, the overall economy of a country benefits.

As with most of the week, our group received more information than we could process at the time. Notes, journals, photos, and just time to let it all sink in have helped to formulate a picture. Rwanda has set some audacious goals for gender equality. While the chaos of the horrific genocide is still alarmingly recent, my feeling is that the country is willing itself to meet those goals and be a model for Africa and maybe even beyond.