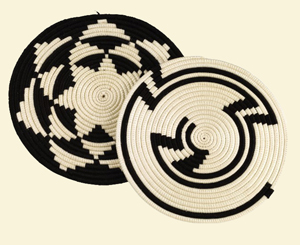 Jyambere Mutegarugori means Women in Development in Kinyarwandan, the official language of Rwanda. This group of 93 women is located in the western Rwandan village of Muramba, an area gravely affected by the genocide of 1994.

Many of the women involved with Jyambere Mutegarugori are widows, having lost their husbands and other family members during the violence in Rwanda. Most are the sole income earners in their households. Having a place to come together, support each other, and provide for their families has made a valuable impact on their lives.

The income generation project was started by an enterprising priest who was assigned to the Muramban diocese. During the genocide, 34 of 36 of its local priests were killed, and Muramba’s Nyondo diocese went without a priest for 6 years. Father Musinguzi John Bosco, a young Ugandan seminary graduate and engineer, felt a calling to serve the people of Rwanda, and was assigned to Muramba in 2000. The people of Muramba were suffering from poverty, the effects of war, and HIV/AIDS. Father Musinguzi reached out to the international community for help in finding solutions. 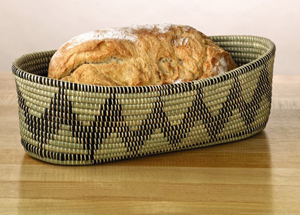 Among the projects that were started by the diocese were several income generation projects for the widows, including the Jyambere Mutegarugori basket cooperative. In addition to the cooperative, a vocational school, wells providing clean water, an orphanage, and an AIDS education program were built with the help of the Kolping Society in Germany and Engineers without Borders in the U.S.

These products are sold online by SERRV, a nonprofit organization with a mission to eradicate poverty wherever it resides by providing opportunity and support to artisans and farmers worldwide. SERVV has worked with the women of Jyambere Mutegarugori since 2006, supporting their efforts to rebuild their lives by purchasing their distinctive Rwandan baskets and providing them with a needed source of income. 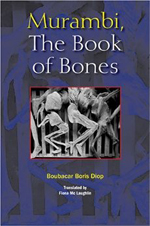 The novel recounts the story of a Rwandan history teacher, Cornelius Uvimana, who was living and working in Djibouti at the time of the massacre. He returns to Rwanda to try to comprehend the death of his family and to write a play about the events that took place there.

As the novel unfolds, Cornelius begins to understand that it is only our humanity that will save us, and that as a writer, he must bear witness to the atrocities of the genocide.

“This novel comes closer than have many political scientists or historians to trying to understand why this small country… sank in such appalling violence.” —Radio France International 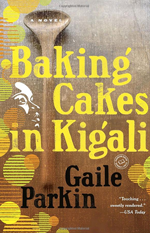 Baking Cakes in Kigali: A Novel
by Gaile Parkin
(Bantam, 2010)

This novel introduces us to Angel Tungaraza: mother, cake baker, pillar of her community, keeper of secrets big and small. Angel’s kitchen is an oasis in the heart of Rwanda, where visitors stop to order cakes but end up sharing their stories, transforming their lives, leaving with new hope.

This story tells of a most unusual wedding and a heartbreaking mystery involving Angel’s own family—as a chain of events unfolds that will change Angel’s life and the lives of those around her in astonishing ways.

“A charming and beautifully written novel of life in a country recovering from terrible horrors. Beguiling…Gaile Parkin’s creation Angel Tungaraza is sure to win over readers.” —Bookseller 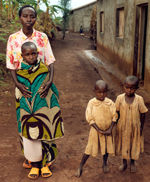 Photographer Jonathan Torgovnik (co-founder of Foundation Rwanda) has made repeated visits to Rwanda to document the stories of women raped during and after the 1994 genocide, and the children they bore as a result. The portraits and testimonies featured in Intended Consequences offer intensely personal and honest accounts of these survivors’ experiences of the genocide, as well as their conflicted feelings about raising a child who is a palpable reminder of horrors endured. An introduction by Marie Consolee Mukagendo, a Rwandan UNICEF staff member who has studied these particular consequences of the genocide, provides an in-depth analysis of this complex subject.

“Torgovnik is not a novelist. He is a photographer who deals with true stories. What he found in Rwanda, however, is that truth can strain the limits of one’s imagination.” –American Photo

Visit MediaStorm to see the award-winning documentary, hear more women’s stories, and watch an interview with the author. 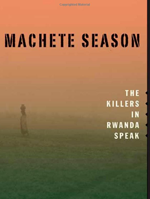 This book features the testimony of 10 friends from the same village who spent day after day together, fulfilling orders to kill any Tutsi within their territory during the 1994 Rwandan genocide. While their anecdotes are shocking at first, they detail how an ordinary person with an everyday life in a farming village can be transformed into a killer.

As one man explains, “If you must obey the orders of authorities, if you have been properly prepared, if you see yourself pushed and pulled, if you see the killing will be total and without disastrous consequences for yourself, you feel soothed and reassured.” Hatzfeld offers an analysis of the psychology of the perpetrators and how the Rwandan genocide differs from other genocides in history.

“Stunning . . . What makes the book so astonishing are . . . the voices of the men, many of whom speak in a kind of chilling, breathtaking poetry.” – O magazine 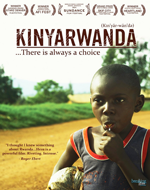 In this first-ever dramatic feature produced by Rwandans, the events of the 1994 genocide are personalized through six intertwined stories. As the violence rages, mosques become a haven for Rwandans seeking protection. Director and writer Alrick Brown seeks the gray areas in this dark period of history, finding all-too-human motivations and resilience in the face of unimaginable catastrophe.

“I thought I knew something about Rwanda, but I didn’t really know very much. I was moved by Hotel Rwanda (2004), but not really shaken this deeply. Not like this. After seeing “Kinyarwanda,” I have a different kind of feeling about the genocide that took place in Rwanda in 1994. The film approaches it not as a story line but as a series of intense personal moments.” – Roger Ebert 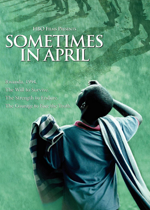 Debra Winger co-stars in this HBO drama that focuses on the 1994 Rwandan massacre in which Hutu nationalists systematically slaughtered nearly a million of their Tutsi countrymen. At the center of the story are two Hutu brothers torn apart by the conflict: a reluctant soldier who desperately tries to get his family to safety, and his brother, who espouses propaganda via the radio waves.

“Sometimes in April, an HBO drama built around the same shattering events [as Hotel Rwanda], opts for a broader canvas both in time and space, exchanging a strong dramatic center for increased depth of detail and insight.” – Decent Films Guide 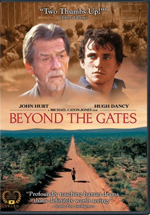 As genocide erupts in Rwanda in April 1994, a Catholic priest (John Hurt) and a British schoolteacher (Hugh Dancy) are forced to decide whether to flee with their lives or tempt fate by staying behind. With thousands of Tutsis being slaughtered all around them, the choice seems easy, but thinking selfishly is anything but simple in this drama.

“This is a spiritual drama, not a political one, drawing a thick line between our good intentions and the selfish choices we ultimately make. Based on a true story, it stars John Hurt as a weathered priest and Hugh Dancy as a young teacher who open the gates of their Catholic secondary school to some 2,500 Tutsi refugees as the killing rages outside. Both the bloodlust of the Hutus and the fecklessness of the United Nations dampen the men’s faith in humanity, but the real dilemma comes as the UN peacekeepers protecting their little sanctuary prepare to pull out.” – Chicago Reader 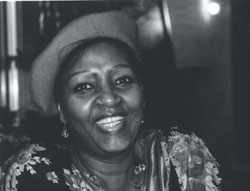 Foundation Rwanda has recommended two of the musicians we previously introduced you to, and they definitely deserve another listen. Read the blog we wrote about Cecile Kayirebwa – ‘the Soul of Rwanda’.

Listen to Cecile on Amazon.com, where you can purchase an album or individual songs. 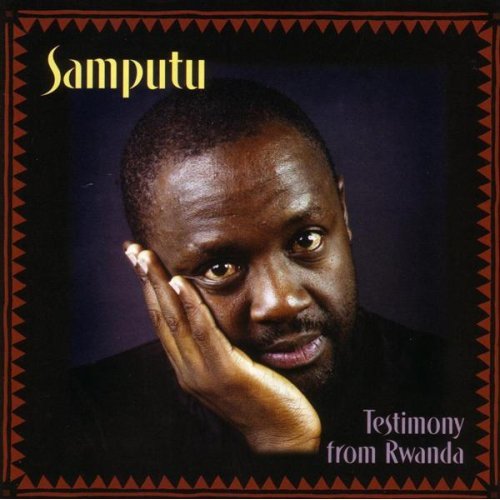 Jean Paul Samputu has established himself as one of the most prominent African artists on the world stage. Samputu sings in six languages and in styles ranging from soukous and rhumba, to traditional Rwandan 5/8, Afrobeat, pygmy, and gospel. A winner of the prestigious Kora Award (the “African Grammy”) in 2003, Samputu travels the world as a cultural ambassador for Rwanda, bringing to his audiences not only traditional African singing, dancing, and drumming, but also a message of peace and reconciliation.

A survivor of the genocide in Rwanda, Samputu takes us to the most positive place of humanity through his spirit and graciousness. Listen! 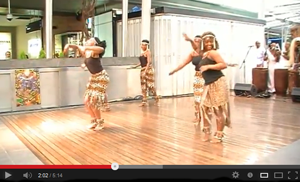 Foundation Rwanda also recommends Cyprien Kagorora and the Rwandan Cultural Song & Dance Group – a non-profit organization run by Cyprien Kagorora and other volunteers. It was set up in January 2010 to allow Rwandan community members in Brisbane, especially young people, learn about their culture and share their talents while learning how to put their traumatic past behind and create a brighter future in Brisbane.

The group has performed at a number of festivals and attracts much interest with their energetic dance, brilliant costumes and wonderful music.