The Power of the Girl

For chapters, For leaders, For members, News 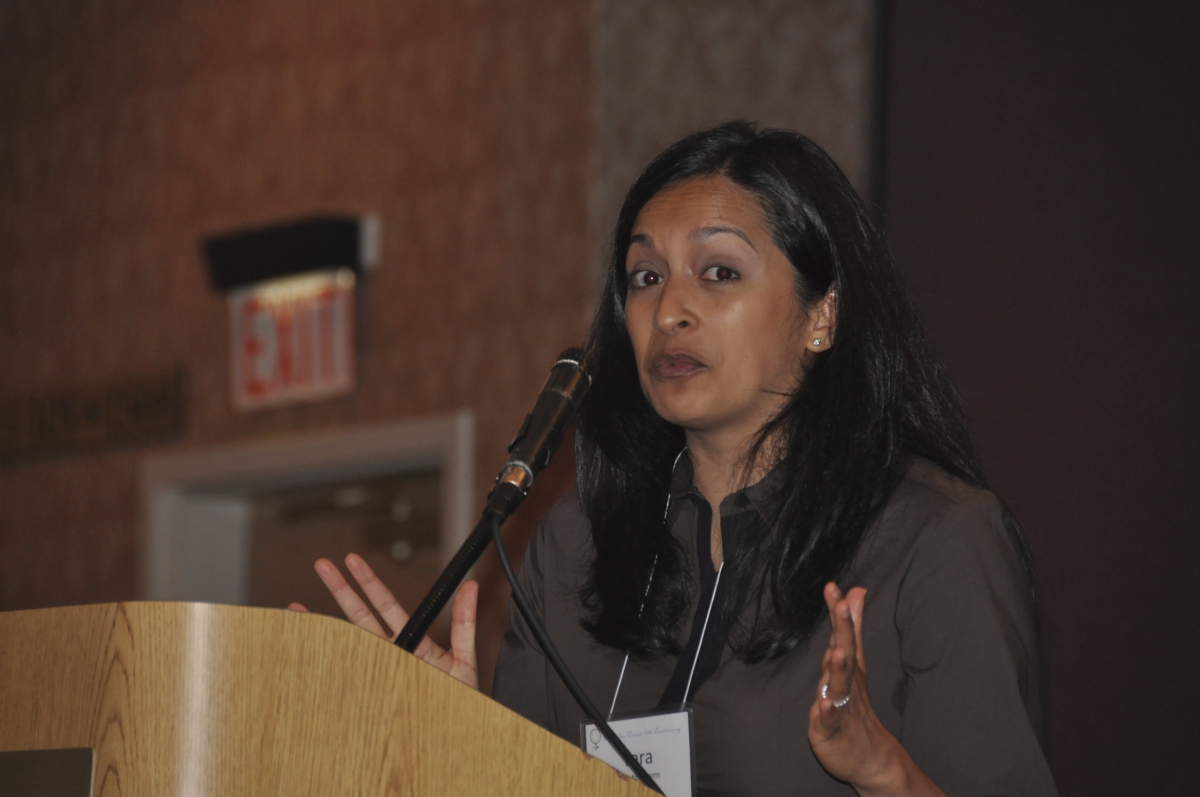 A group of journalists known as The Documentary Group were looking for ways to continue the work of a media icon – Peter Jennings – after his death in 2005. They wanted to do the work that he would have done – telling important stories that can effect change in the world.

Their focus became ending global poverty – a pervasive issue with many causes. But as they researched the topic, reaching out to experts in many different fields including international development, public health, peace and security, economic politics, one message came clear.

“If you educate girls, extraordinary things can happen,” said Tara Abrahams, deputy director at 10X10, delivering the keynote address at the Dining for Women 10th Anniversary Conference in June 2013. Tara’s remarks preceded a screening of the film in its entirety – often not seen in television rebroadcasts.

The power of the girl – the girl rising – is the story of a lifetime that 10X10’s director and Academy Award Winning filmmaker, Richard Robbins, “wanted to bring to the world.”

Robbins, she said, “wanted to allow the girls to speak for themselves” in this film. “Giving voice to that experience by pairing each girl with a writer from their country – someone with whom they would share common experiences.”

The film is just part of the overall campaign, she said, that involves a structure, strategy and critical partnerships that help make sure something “comes from this film.”  “It wasn’t enough,” she said, “just to put it out there.”

Change minds: How do you raise awareness about girl’s education and demonstrate the power and potential of this “great opportunity”. “We like to think about this as the ‘Starbuck’s Test’. How many people in the average Starbucks actually know about this issue. “To do this,” she said, “we try to be everywhere.” “Girl Rising” opened on International Women’s Day in 2013, but rather than a traditional distribution model, the organization partnered with a distribution company that combines crowdsourcing with on-demand distribution.

“What we are doing is putting ownership in the hands of of people who are passionate about the issue.” The use of technology, social media and the three-year dogged development of interest in the project enabled 10X10 to “penetrate the public consciousness with the message that educating girls works,” said Abrahams.

Change lives: “How do we change the lives of actual girls living the issues presented in the film every day?” she asked. 10X10 set up an partnership with NGO’s, which Abrahams called “vehicles for impact”. “We are the storytellers; but these organizations are working every single day on the mission. More than 140,000 direct donations have been made to the fund. 100 percent of all the proceeds are being split between the NGO partners.

Change policy: “We want global leaders to use “Girl Rising” as a tool to demonstrate their own commitment to this issue,” she said. “We want policy makers to be crafting initiatives based on issues brought up in the film such as early marriage, bonded labor and disaster relief.”

10X10 has reached out to major partners like Intel, influencers like Melinda Gates, Meryl Streep and Gloria Steinem, and brought to bear the power of a massive social media campaign to raise awareness of this issue.

And, in the process, has shown that “change happens when a small group of passionate people come together and take the time to explore something they are passionate about.”