Our group of travelers get hands on and learn how to make the world’s best hot chocolate – starting with the raw cocoa pod. 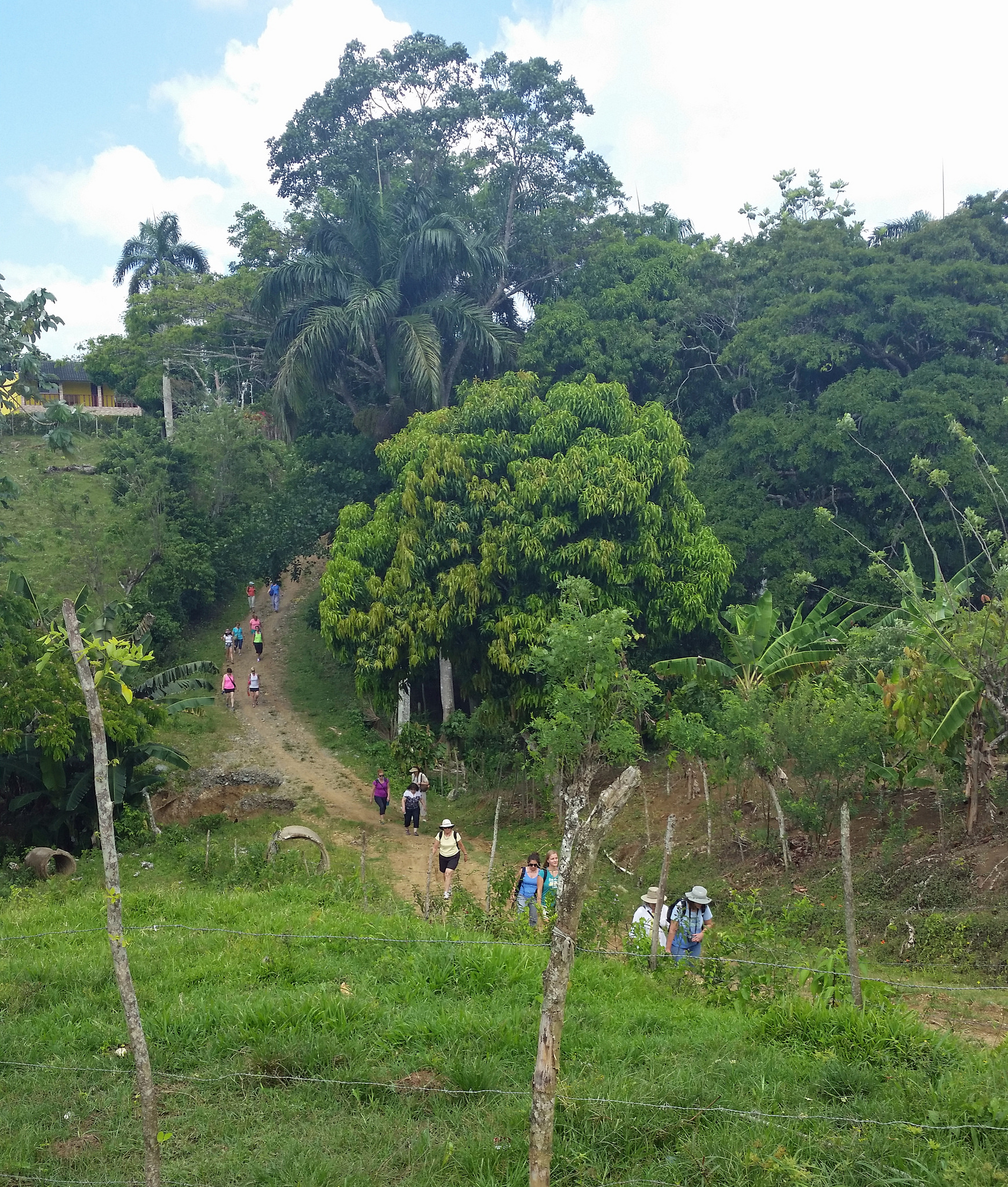 The group makes its way up the mountain to the Suriel family’s cocoa farm.

Our group has come to the Dominican Republic to work with The Mariposa DR Foundation, an innovative educational facility where underserved Haitian and Dominican girls in Cabarete, DR, come for academic tutoring, sports, art, music, theatre, dance, job skills training, health and wellness care, and experiential learning. Dining for Women supported this program a year ago, in April 2014, and we were looking forward to seeing the facility and working with the girls.

We started our morning walking from our hotel to Mariposa – a lovely 15-minute stroll along the beach. We had a delicious breakfast and were excited to see the room full of donations that our travelers had brought with us to the Dominican Republic. There were suitcases filled with books, clothes and kitchen supplies of all kinds, from measuring spoons to soup pots. The supplies we brought will enable Mariposa to set up seven fully stocked cooking stations where the girls will learn to cook. We even brought aprons and chef hats that will be embroidered with the Mariposa logo for the girls to wear when they are cooking!

The center was closed today (a local school holiday), but we met some dynamic young women who were also volunteering at Mariposa. We left the center and traveled to the chocolate and coffee farm owned by the Suriel family. Patricia Suriel, the founder and executive director of Mariposa, is married to Freddy Suriel, whose family has owned the farm for many years. For those who were able, there was a 20-minute hike up the mountain trail to the family homestead. Others rode in Freddy’s truck. We were greeted as we arrived by the family patriarch, and we met his wife in her outdoor kitchen, where she was cooking our lunch. 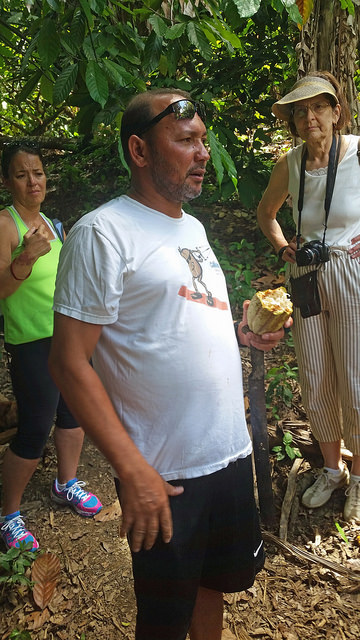 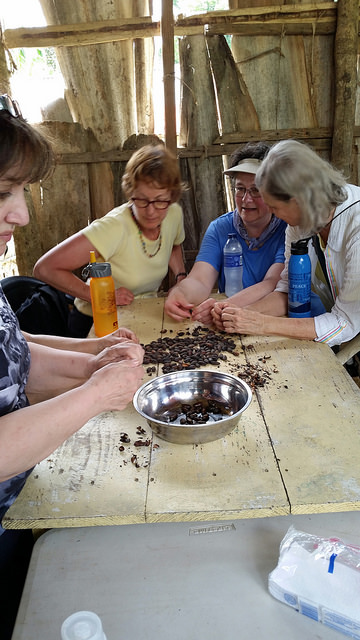 Freddy began our lesson in chocolate making by picking up a ripe cocoa bean pod and cutting it open so we could see the milky white coverings over the beans inside the pods. We would see the rest of the process after lunch. We split into two groups. One went with Freddy to a higher elevation with spectacular views of the mountainside. The other group went with Tricia to visit some of the families living on the farm. The Dominican people are very gracious and even the poorest of them keep their homes clean and tidy. After a delicious lunch prepared by the Suriel women, our chocolate-making lesson continued.

The beans had been removed from the pods and roasted, and we helped to remove the dried husks from the roasted beans. One of the older men then showed us the process they use to crush the beans, which is done in sort of a giant wooden mortar and pestle. Now, for the reward: the most delicious hot chocolate we have ever tasted! The crushed beans are molded into oval balls, which are then grated. The local sour orange tree leaves are steeped in hot water that is added to the grated chocolate, along with cinnamon and sugar. No milk is needed for this delicious hot chocolate that tastes very rich.

As we headed back to our hotel, some of our travelers got off the bus in the town of Cabarete to make some contributions to the local economy. While our evening was free, with no group dinner planned, we were having so much fun that we decided on a place a few doors down the beach where we could all have dinner together! After dinner, we discovered that the hotel housing the restaurant, called Extreme Hotel, is also the home of the Kite Beach circus school, known as Kaiceitos Circus. Tricia had told us that some of the Mariposa girls attend the school of circus arts at this location. It was too much of a temptation for some of our travelers, who tried out the aerial silks and showed off their acrobatic skills.

Featured Photo: The commute to work at Mariposa each day is a 15 minute walk down the beach.

Above left:  Freddy Suriel, husband of Mariposa founder Patricia, cracks open a cocoa pod as our lessons in how to make chocolate commence.

Above right: Getting hands on in the making of the best hot chocolate ever!