The Peace Corps and Finding Your Purpose

It’s funny how situations in life can eventually lead to finding your purpose. Had my 28-year marriage not fizzled in 2015, I would never have served in the Peace Corps, and probably never have discovered Dining for Women. 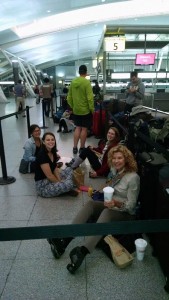 Peace Corps volunteers waiting for our flight at Newark airport

I applied to serve in the Peace Corps in 2014 right after President Obama made a wonderful video encouraging people to serve. His speech resulted in a surge of applications, and I happened to be one of the mature, 55 and over, applicants.

I thought the selection process would be a breeze, especially as the Peace Corps was focused on recruiting more mature people. Also, with my degree in environmental science, no medical issues, fluency in three languages, and a background living in Nigeria, France, England, Scotland, Belgium and Belize, I expected to be recruited instantly. 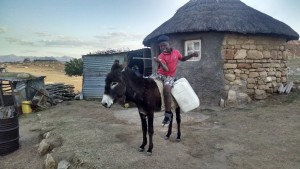 Not so. I waited several months, hoping to hear back, but it wasn’t until six months later, that I found out I wasn’t accepted. Not one to give up, I reapplied immediately and the second time around, I was offered a position to teach orphans in a village, 6,000 feet up in the mountains of a country called, Lesotho. If you look at the map, it’s a tiny landlocked country, encircled by South Africa.

On the weekend before I started my service, all 36 volunteers gathered in a hotel in Philadelphia before flying out of Newark, on South African Airways to Johannesburg. 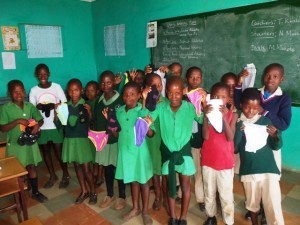 Our training started on October 7th, 2015, and after 10 weeks of intense learning about the culture, language, and problems we might encounter, I was sent to my village and school. I lived in a rondavel (round thatched hut) in a village with 350 people, no electricity, no running water and no toilet.

As an author and a blogger, I stayed connected (whenever I was able to charge my laptop battery) with women in the U.S. and several of them reached out to me, wanting to help the school and orphans in my village with books and clothing. 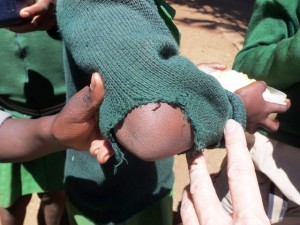 The orphans at my school in Lesotho

I shared photos depicting children with holes in their sweaters, wearing shoes where the tips were cut-off, so their feet could continue growing. The outpouring of kindness from so many women was overwhelming.

When I returned to the U.S. last year, I had no idea what I would end up doing. Writing another memoir was the obvious answer, however, I also needed to support myself. Strangely enough, my career found me. 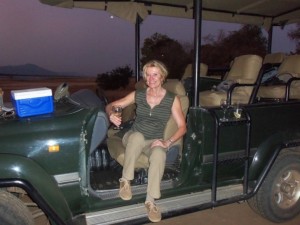 My new career in the Safari business

I feel like my life has finally come full circle, and thanks to my background, Peace Corps experience and blog, I was hired by a boutique safari company. I now have a career where I can do what I love: to motivate women, inspire them to travel and take away their fears. I want to take them back to where we all originate from: Africa! 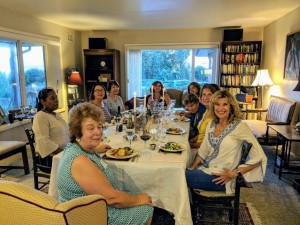 Our Dining for Women second dinner. Orange County Chapter with Elizabeth Boretz as our leader.

At one of my recent safari presentations, a former Peace Corps friend mentioned Dining for Women, and invited me to her house for the first meeting. We were only a small group of five women and now we’re ten. I’ve made friends with some wonderful women. It feels good to be back and to share a monthly meal, reflecting on the projects Dining for Women is involved in around the globe.