Dining for Women’s grantees are located around the world, but many work in Africa, specifically West Africa. For the past year, the burdens of recovery from war, inadequate infrastructure and the struggle for education, health care and in many cases, survival have been increased by the fight against Ebola. In a three-part series, Dining for Women takes a closer look at this disease. In April, we looked at the basics of the disease and the 2014 – 2015 outbreak. In May, we take a look at how a past Dining for Women grantee played a critical role in containing the outbreak. Finally, in June, we look at the current state of this outbreak. 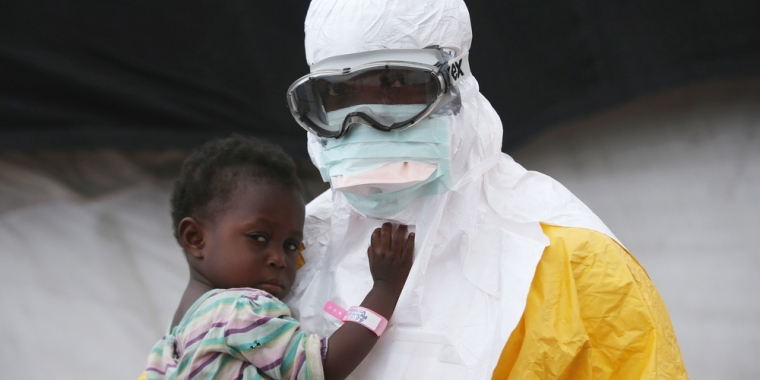 Project Muso, a December 2011 Dining for Women grantee, is committed to eliminating preventable deaths in the world’s most impoverished countries.

The organization, now known simply as Muso, operates in Mali and trains Community Health Workers who literally provide doorstep medical care to sick children and pregnant women. In late 2014, the critical nature of that mission extended beyond the families served and helped change the fate of an entire country. The Ebola crisis that began in Guinea spread rapidly to Sierra Leone and Liberia.

“During the early part of the outbreak, we were very concerned that an outbreak would come to Mali,” Dr. Ari Johnson, Muso’s co-founder, said. “The same factors that contributed to the outbreak in Liberia were present in Mali.”

And it did come.

“Even before the outbreak, we started preparing,” he said. Like its neighboring countries, Mali’s health system is not readily available to all. Lack of access remains a critical issue. With so many illnesses, and especially with Ebola, rapid access to treatment means the difference between life and death. As the disease began its spread across West Africa, Johnson said those infected would sometimes have a gap of five days between showing symptoms and getting medical treatment.

“Imagine being as sick as someone is with Ebola – suffering to that degree and still not getting the care you need,” he said. So Johnson and Muso took action in partnership with other agencies responding to the crisis. “We redesigned the system to get rapid access to care,” he said. “Particularly with Ebola, time matters. Time is a measure of justice. Delayed care dramatically increases the chances of dying from Ebola.” 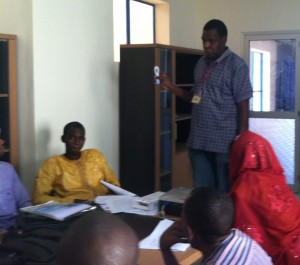 The CDC worked with Muso staff training contact tracers who had the critical task of tracking down those exposed to an Ebola patient.

The lack of access to care also gives the virus a foothold and allows it to spread.

“Every hour that passes, that’s an hour is which they are exposing other people around them,” Johnson said. “They are exposing many people to the virus. Think of how many people we touch in five days. In the first part of the outbreak, we saw very rapid spread and very high mortality rate.”

When Ebola came to Mali, every hour made a difference between stopping the virus in its tracks or watching an outbreak seize the country. “As soon as the first patient came in, we knew we had to take action,” Johnson said. Muso was part of an emergency meeting held at midnight – the stuff of movies was happening in local villages. “The CDC Mali team was doing incredible work,” Johnson said.

The first patient was a girl who was traveling. She had been in contact with more than 100 people, according to Johnson. Next, a beloved, elderly, religious leader became infected. Johnson said the CDC was determined to fight the spread. “They weren’t sleeping at all,” he said. “They were chasing down buses. They were maxed out. The most important concept is to move faster than the virus.”

Muso was already working within local villages to bring health care to the poor and vulnerable. The organization’s efforts against Ebola, combined with the CDC, the Malian Ministry of Health, the World Health Organization and others, brought the fight to individual homes. Community Health Workers and contact tracers were trained and deployed to identify and halt the spread of disease. “We adapted our model,” Johnson said.

Part of that involved training more than 80 people who then monitored more than 400 Ebola contacts. Muso also utilized a text message Ebola education program that by early November 2014 had more than 15,000 participants and 120,000 text messages. The efforts had a major impact.

“The first six cases all died,” Johnson said. “After that, every subsequent case survived. Not only did we go from 100 percent mortality to 100 percent survival, we got to zero Ebola cases.”

On Jan. 18, 2015, the World Health Organization and the Malian government declared the country free of Ebola, following a 42-day period in which no new cases emerged. While the work to increase access to health care in Mali continues, Johnson said the experience with Ebola showed how critical that access can be.

Read Part One of this series