Dining for Women members and friends all share the concern for our programs in Nepal, and for all the residents of the country who have lost so much in the Nepal quake. 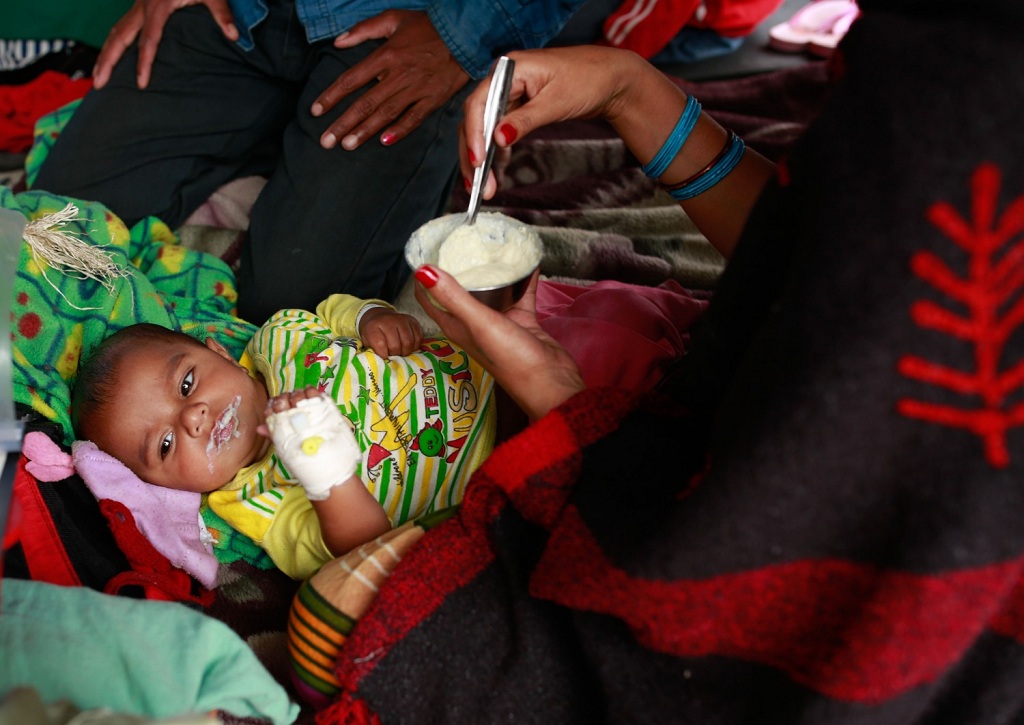 A woman feeds her infant, who was injured during the massive 25 April earthquake, at Tribhuvan University Teaching Hospital in Kathmandu, the capital of Nepal. Photo: UNICEF/NYHQ2015-1014/Nybo

Our hearts go out to all who have been affected by the catastrophic earthquake in Nepal.

Dining for Women has several programs in the country that have been supported over the years and, like all of our members, we are anxious to get word from them about the safety of their staff, their homes, and the women and girls they serve. According to the UN, some 8 million people have been affected by the quake and a food crisis of massive proportions is looming.

The UN News Agency reported this on May 4:

“Although damage to the agriculture sector has not yet been fully assessed, affected families have likely lost livestock, crops, food stocks and valuable agricultural inputs, according to the UN. The disaster has also destroyed markets and infrastructure, including roads and crucial irrigation and drainage canals. As a result, internal trade, including the movement of emergency aid, is severely constrained.

“Before the earthquake hit, UN’s Food and Agriculture Organization, also known as FAO, estimated Nepal’s wheat production in 2015 at 1.8 million tonnes. But crop damage and farmers’ inability to harvest in earthquake-affected areas are likely to change this forecast.”

With the monsoon season on the horizon, the World Food Programme’s Executive Director Ertharin Cousin says, “The clock is ticking.”