Gender inequality and violence against women walk hand in hand through the world. Dining for Women has supported more than a dozen programs that specifically work to stop violence against women, to help its victims re-enter society and reclaim their lives or to empower girls to have the confidence and the skills to say NO to violent practices like FGM and indentured servitude.

What is violence against women and girls?

Is it a forced marriage at 10 or 11 years of age? Is it the cultural practice of female genital mutilation? Or the denial of an education, an opportunity? Of course, it is physical violence, domestic abuse and rape. It is all these things. And their tendrils reach far and wide and not only in developing countries, not only among those living in extreme poverty. But in our own backyards as well.

What damages one woman, damages us all. And that’s what the Elimination of Violence Against Women activism and awareness campaign is all about.

Dining for Women has supported many programs whose work touches either directly or indirectly the violence perpetrated on women and girls around the world – simply because they are female.

Nearly 5,500 women and girls have been directly impacted by our work with these important programs; the indirect impact is much greater. This 16-day campaign gives us a good reason to reacquaint ourselves with programs we have supported through the years who fight to stop the violence and the amazing work they’ve done. 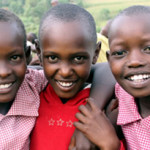 Kakenya
Fighting to end the practice of female genital mutilation. It’s founder Kakenya Ntaiya has been named one of 16 role models by the Pixel Project’s 16 for 16 Campaign – activism against gender violence. 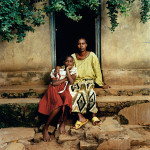 Supporting the victims of rape during the Rwanda genocide and civil war. 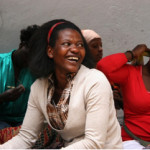 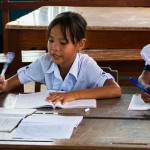 Catalyst Foundation
Fighting human trafficking and the conditions that enable it in Vietnam. 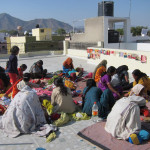 Anchal
Providing a positive path for commercial sex workers to become productive artisans and regain self-esteem and a place in the community. 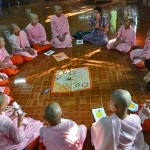 Girl Determined
Transforming vulnerable teen-aged girls in Burma systemically sold into prostitution and child labor into empowered agents of change in their communities. 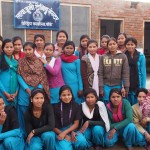 Ending the cultural practice of Kamlari – indentured servitude of young girls – and now helping them develop skills and a positive path to see a productive future. 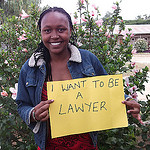 Maasai Girls Education Fund
Empowering and educating girls throughout Maasai communities to strength and self-sufficiency that will enable them to overcome age-old customs of early marriage and pregnancy, female genital mutilation and other violence. 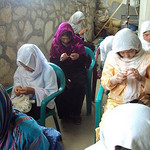 Afghan Friends Network
Providing education, skills training and business education to women and girls living in war-torn Afghanistan where girls, teachers and mothers are often subjected to violence for the simple act of trying to go to school. 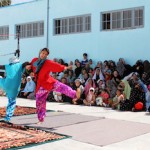 Bond Street Theatre
Enabling women incarcerated for “social crimes” (like fleeing domestic violence) to regain self-confidence, a sense of community and support with others to help them re-integrate into community life where they will often face abuse and violent punishment in their former homes. 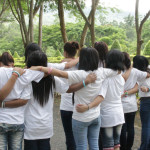 Transitions Global
Helping rescued survivors of sex trafficking in Cambodia to heal and regain their sense of hope for a better future. 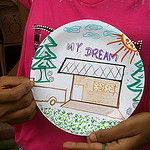 Emerge Global
Enabling girls in Sri Lanka who have survived abuse to become entrepreneurial jewelry designers through a comprehensive curriculum that emphasizes personal discovery, mentorship, and business knowledge, while simultaneously generating savings for their futures. 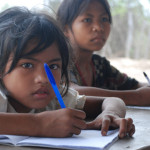 Lotus Outreach
Providing trauma counseling and reintegration support for victims of human trafficking, rape and domestic violence in Cambodia. Rescued victims are brought to a safe shelter near one of the largest known hotspots for human trafficking in the region. 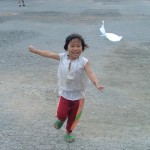 Prevent Human Trafficking
Providing technical support, fundraising assistance, trained volunteers and advocacy for a handful of organizations in Thailand and Cambodia that are tackling the economic and social root causes that allow human trafficking to flourish in the region. 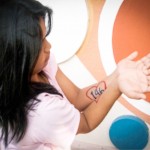 Love 146
Working in Cambodia, Love 146 fights human trafficking, but also focuses strongly on survivor care, such as the Round Home – a safe house in the Philippines focused on addressing the needs of exploited and traumatized children.